Discontent, but no revolt in China -- yet 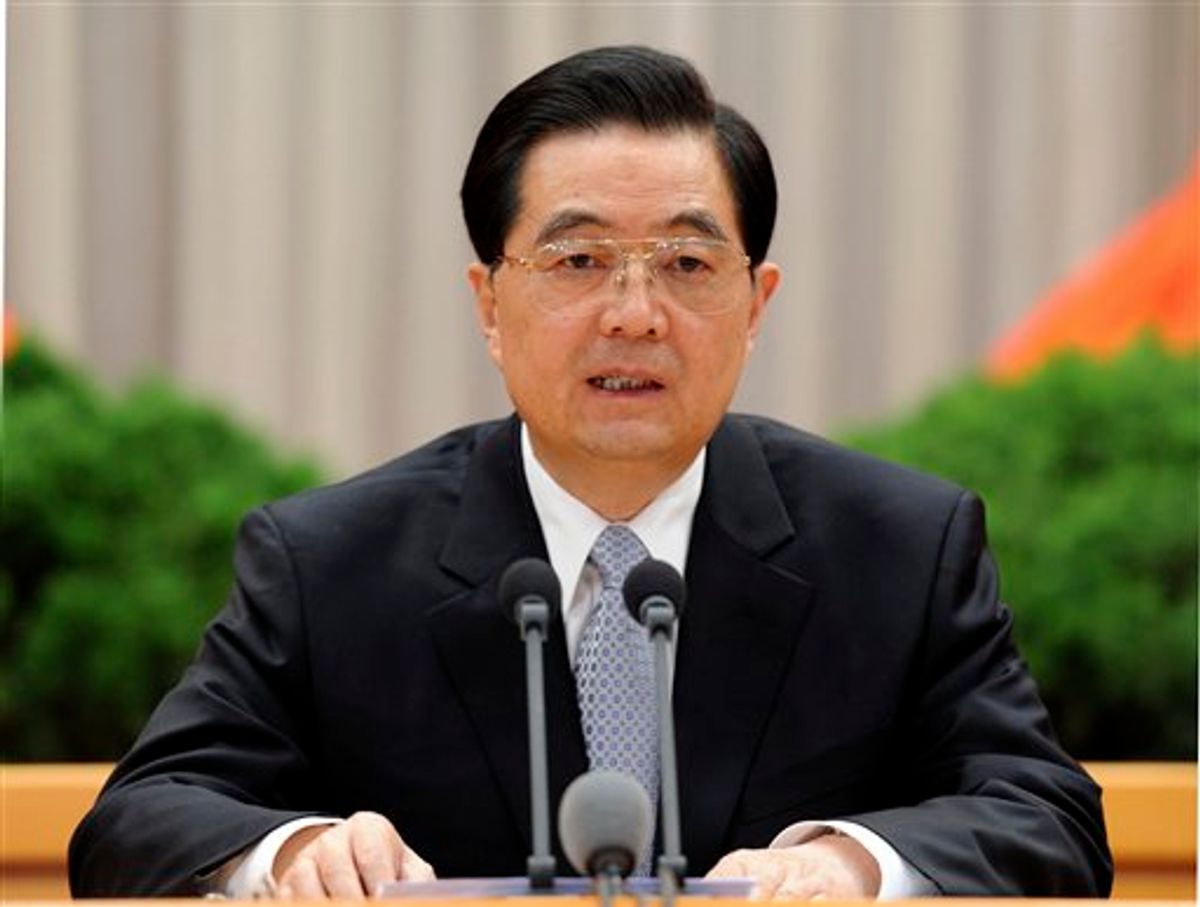 For those who rule out the possibility of a Middle East-style democracy revolution in China, consider the town of Xiangshui.

There, tens of thousands of farmers fled their homes this month in a middle-of-the-night panic on rumors that a nearby chemical plant with a bad safety record would explode. The chaos ensued despite appeals from officials that the rumors were unfounded. It left four people dead when a motorized three-wheel vehicle jammed with 20 people veered into a river.

China may have successfully squelched a mysterious call for protests Sunday, but people's trust that the government will look after their interests runs shallow.

"The current regime structure is very fragile. It's not right for revolution at the moment, but that doesn't mean mass political upheaval can't take place in the future," said Minxin Pei, a China politics expert at Claremont McKenna College in California.

In the latest test, China's authoritarian government seems to have dispatched the threat of public protests with great efficiency. In response to an Internet appeal of unknown origin for simultaneous protests in 13 cities Sunday, police detained known activists, disconnected some cell-phone text messaging services and blocked online searches for the phrase "Jasmine Revolution" -- the name of both the protest call and the wave of Middle East democracy protests that started in Tunisia.

As a result, only a handful of people protested in Beijing and Shanghai, though hundreds of onlookers made it difficult to discern sympathizers from rubberneckers. On Monday, many activists remained in detention or unreachable, state media mainly ignored the protests, and Internet connections to news sites and search engines were sporadic, usually a sign of heavy government monitoring.

Tens of thousands of large-scale though local protests take place every year over corruption, seizures of land for development and other acts of government misfeasance. Food safety scandals over milk laced with industrial chemicals and rice contaminated with heavy metals have shaken the confidence of middle class consumers.

Still few China watchers believe a revolution is at hand, following the mass demonstrations that swept the autocratic rulers of Tunisia and Egypt aside and are now violently engulfing Libya and roiling Algeria, Bahrain and Yemen. Conditions in China aren't quite as desperate.

China is the world's fastest-growing major economy, with economists predicting another year of better than 9 percent growth for 2011. While unemployment is surely higher than the nearly 5 percent urban joblessness rate, factory wages and conditions are improving for many. University graduates -- a crucial group in Egypt's uprising -- are finding jobs in China, though they are poorly paid.

The military, at least at the leadership level, is not showing fissures in support for Communist Party rule, and the police state has suppressed any opposition leaders or organizations from emerging.

"If you look at Chinese people, their lives are improving. There's no way they are going to put their lives on the line," said Jing Huang of the National University of Singapore.

Yet as adept as the Chinese leadership has become in learning from the mistakes of other authoritarian regimes and keeping the economy humming, it has steadfastly refused to open up the political system. That insistence on "maintaining stability," in the government's phrase, is now seen by many in China as exacerbating social problems: rampant government corruption, glaring gaps between the haves and have-nots and withering public trust.

"History will prove that stability cannot be placed above all else and that quite possibly will destroy all else. This ossified mentality that stability overrides all else will nip in the bud all our efforts to bring health to Chinese society," said often outspoken Tsinghua University sociologist Sun Liping in a commentary last week on the Renmin Wang website.

Rather than social upheaval, Sun's diagnosis is that Chinese society is speeding toward extinction, crushed by government power that ruthlessly protects vested interests.

One of those who wanted to take part in Sunday's protests, lawyer Liu Shihui, posted a message on Twitter -- "I have a date with the Jasmine Revolution group" -- but never made it. At the doorway to his home in the southern city of Guangzhou, five men stopped him, hooded him and beat him with sticks of bamboo.

"It was cruel," he said by telephone from a hospital Monday as he received treatment for cuts and possible fractures on his legs. "They didn't say a word. They just started beating."

It isn't just activists who suffer. An analysis of the stampede in the coastal town of Xiangshui found that locals had good reason to be worried about the chemical plant's safety. After a 2007 explosion killed eight people, the local government prevented reporters from investigating the accident, said the analysis posted on a web site run by the national prosecutor's ministry.

The government has become so adept at silencing critics and suppressing protests, starting with the Tiananmen Square democracy movement in 1989, that scholars worry that it is becoming a well-worn tool. When that happens, police states can tire, and Claremont McKenna's Pei said, regimes that look very stable sometimes collapse, like the communist bloc in Europe in 1989, Indonesia a decade later and seemingly Egypt this year.

The original, anonymous call for a Chinese "Jasmine Revolution" echoed some of the tactics of these earlier movements. The appeal said people should gather not just this past Sunday afternoon, but on every Sunday afternoon.