Worst flight ever: Middle seat in the smoking section

That scourge has been eliminated. Now what are we going to do about screaming children? 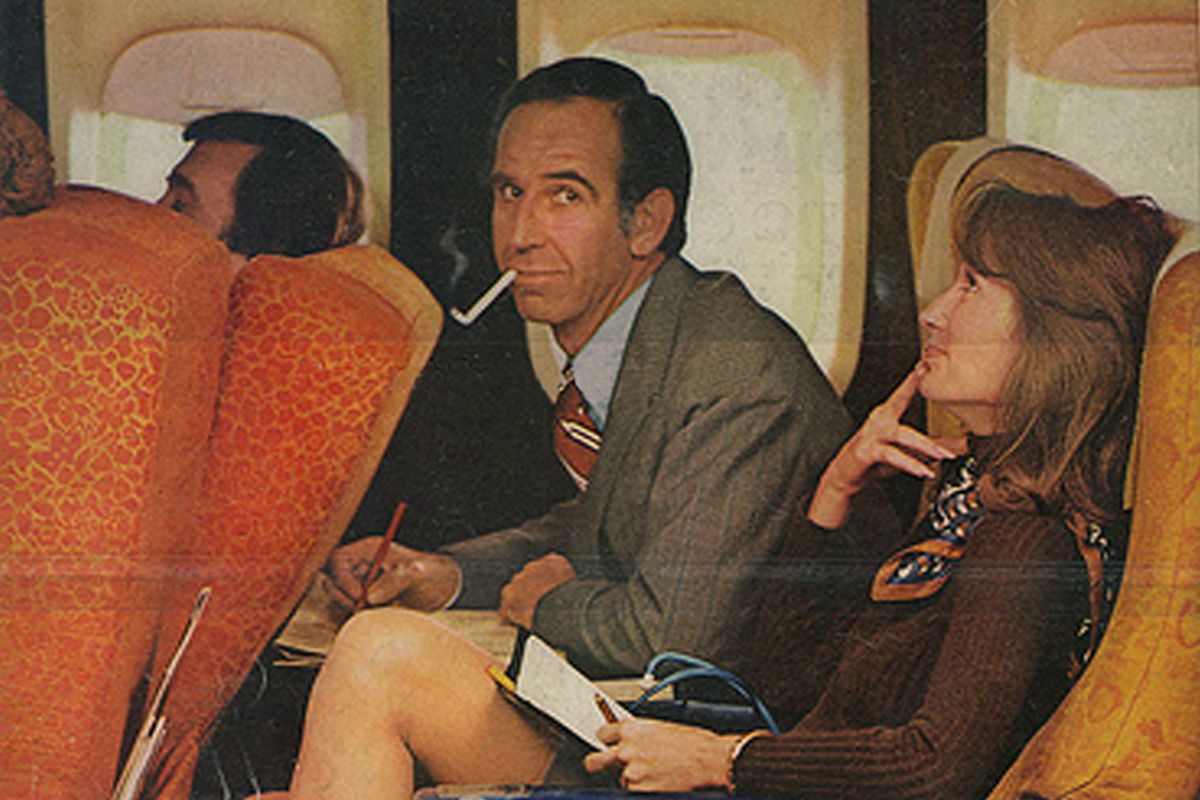 October 1988, on the Wednesday before Halloween. That was the date of worst flight I was ever on.

Define "worst." Well, it was a Northwest flight -- an overbooked DC-10 going from Boston to Copenhagen. We had center seats in a five-abreast middle block, in the aft economy cabin, smack in the middle of the smoking section. And the Danes, you see, have this thing when it comes to smoking: They do it constantly and they can't stop.

An eight-hour red-eye, in a middle seat, shoehorned into a mob of chattering, chain-smoking Danes. Try to imagine it.

The smoking section. How quaint, even uncivilized the concept feels today. But there really was such a place, and all too often those were the only seats available. At best, as somebody once put it, "a smoking section on an airplane is like having a peeing section in a pool." At worst, you spent two days in a Copenhagen hotel attempting to fumigate your hair and clothes.

Much to its credit, Northwest became the first major airline in the world to ban smoking outright. Beginning in April 1988, smoking was prohibited on all of the carrier's domestic flights. The policy was later extended to international routes as well -- though not later enough to save me from the Great Copenhagen Smoke-In.

Northwest's decision was somewhat controversial at the time -- at least in the eyes of RJR Nabisco and Philip Morris, who launched boycotts and P.R. campaigns in hopes of overturning the ban. "Northwest's action is clearly a marketing ploy," wrote Frank Resnick, the president of Philip Morris, in a 1988 memo. "Using smokers to get some cheap publicity for its flights."

He really said that.

No matter, other carriers followed Northwest's lead, and eventually the policy became an FAA regulation. Today the ban is pretty much universal. I am not aware of any carrier, anywhere in the world, that still permits smoking. On many newer planes, the old "no smoking" light has been replaced by a "no electronic gadgets" light.

Not that passengers don't, on occasion, surreptitiously light up. Most often this happens in the lavatory, usually on long-haul flights.

In case you didn't know it, tampering with, disabling or destroying a lavatory smoke detector is prohibited. I always thought "tampering with" covered the other two, but that's another issue.

While we're at it, here are some other things we ought to consider banning:

1. Shrieking children. The crying kid is, hands down, the single greatest scourge of modern air travel. It's the kid; it's the indulgent parent; it's the air pressure ... whatever, just make it be quiet. How about a kids' section in the back, where the smokers used to be sequestered? And/or how about enforcing a simple and useful policy for those of you with the fancy strollers and the 250 pounds of gear that is apparently required when flying with a baby or toddler: Please board  first, and please disembark last.

2. Then, let's do something about the noise levels inside the terminals. We can start by taking a crowbar to every last one of those CNN chatterboxes and muzzling the storm of useless public address announcements.

3. We also should issue citations to passengers who insist on stowing their carry-ons in the first empty bin that they come to rather than using a bin close to their assigned seat. This causes the forward bins to quickly fill, forcing those passengers who are actually sitting in the front of the plane to travel backward down the aisle, against the flow of traffic, to stow their belongings. After landing, the same thing happens in reverse, slowing down the already tedious deplaning process.

Those are the three pet peeves of flying that most commonly jump to mind -- my mind, that is, and if you're a regular to this column you've heard me complain about them before. And here's a new one:

4. Passengers who barricade themselves in the lavatory for extended periods of time. This is particularly annoying on crowded red-eye flights, shortly before landing, when everybody on the airplane decides to use the bathroom at the same time. The line begins to snake down the aisle, and there is always that one person who lingers in the lav for 10 or 15 minutes. I am going to assume you're not obnoxious enough to be assembling explosives or smoking in there (see above), but as for what else you might be up to, do you need to do it now? Can't you wait until you're home, or in your hotel room?

You know who you are!

In 1993, two entrepreneurs in Florida started something called Smokers Express Airlines, which would have provided smoking-only flights to 11 U.S. cities, bypassing the smoking ban by chartering itself as a members-only, technically noncommercial airline. Alas, funding fell through and operations never began.

Passengers would have paid an annual $25 membership fee, and you had to be at least 21 to join. The founders of Smokers Express pointed out that its flights would thus be "free of screaming babies."

Talk about lesser of evils. Item 1., above, notwithstanding, I'm not sure how much of a selling point that was.