Former Cuban leader says the United States has designs for Libya's oil, will use violence as pretext to invade 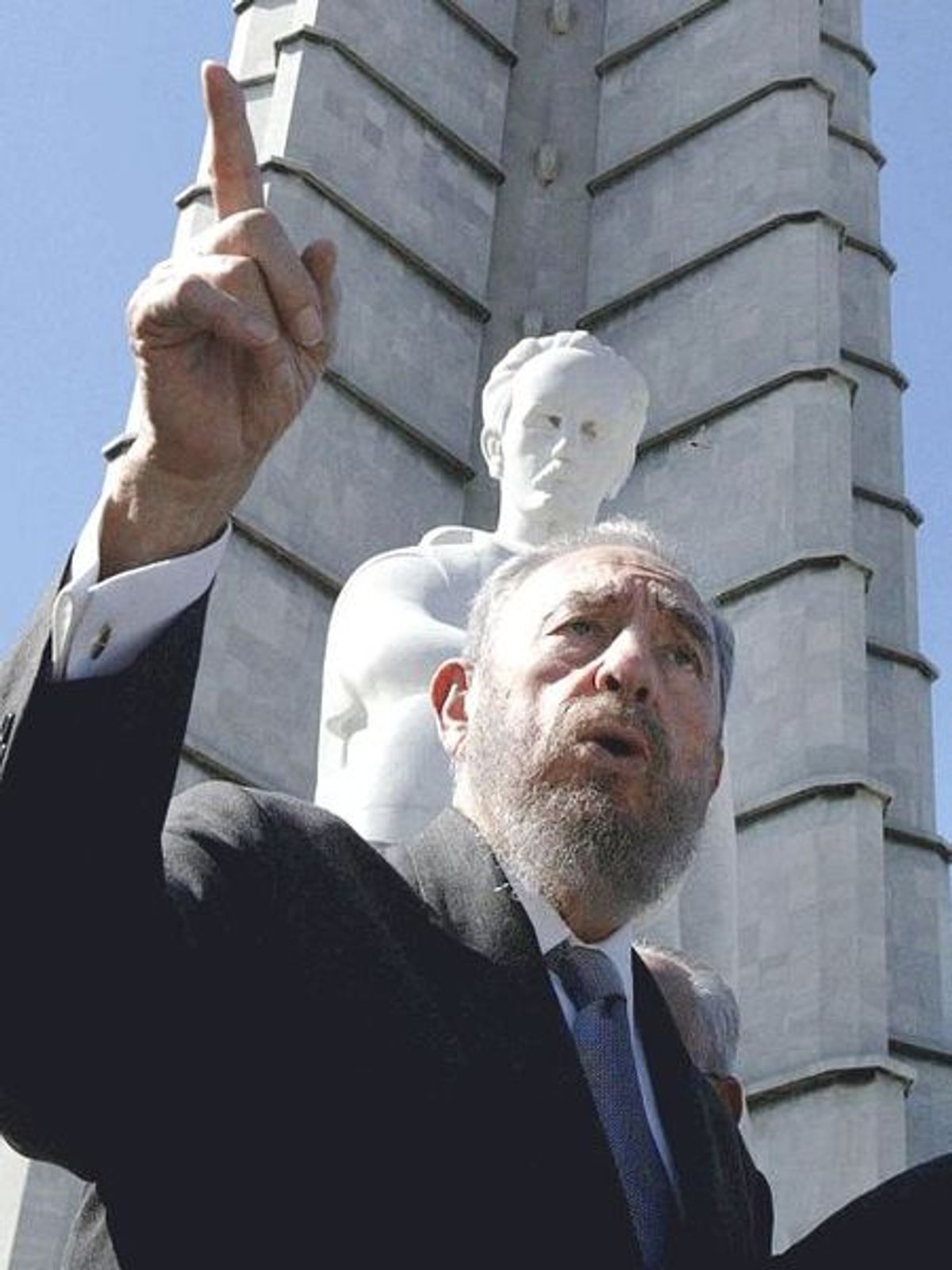 Cuba's former leader Fidel Castro said Tuesday that unrest in Libya may be a pretext for a NATO invasion. Nicaragua's Daniel Ortega has jumped to the support of the embattled leader of the North African nation, saying he telephoned to express solidarity.

The protests sweeping across Libya have created challenges for the Latin American allies of Moammar Gadhafi.

Leftist governments in the Americas have long embraced him as a fellow fighter against U.S. influence in the world. Gadhafi has responded over the years by awarding the Moammar Gadhafi International Human Rights Prize to Castro and Ortega, as well as to Presidents Hugo Chavez of Venezuela, Evo Morales of Bolivia.

His relations with Chavez are so warm that rumors that he was headed to Venezuela swept the world on Monday. Gadhafi took to television late Monday to deny them.

Ortega said he had kept in communication with Gadhafi and expressed solidarity due to the "moments of tension" Libya is experiencing. State radio carried excerpts of his remarks on Tuesday.

"There is looting of businesses now, there is destruction. That is terrible," Ortega said during a commemoration Monday of Nicaraguan hero Augusto Cesar Sandino. He said he told Gadhafi that "difficult moments put loyalty to the test."

Ortega said he had also ordered Nicaragua's security forces not to repress protesters, though he did not say Gadhafi had done so.

Protesters emboldened by the fall of pro-Western strongmen in Egypt and Tunisia have taken to the streets of Libya, where they were confronted by Libya's security forces. Human rights groups say that more than 200 people have died and witnesses said bodies were left in the streets of Libya's capital on Tuesday.

Gadhafi appeared on television vowing to fight on to his "last drop of blood" and roared at his supporters to go after opponents and "attack them in their lairs."

European governments and U.S. leaders have denounced the crackdown, but Castro used a column published Tuesday by Cuban state news media to say it was too early to criticize Gadhafi.

"You can agree or not with Gadhafi," Castro said. "The world has been invaded by all sorts of news ... We have to wait the necessary time to know with rigor how much is fact or lie."

But he did urge protests of something he says is planned: A U.S.-led invasion of the North African nation aimed at controlling its oil.

"The government of the United States is not concerned at all about peace in Libya and it will not hesitate to give NATO the order to invade that rich country, perhaps in a question of hours or very short days," Castro wrote.

"An honest person will always be against any injustice committed against any people in the world," Castro said. "And the worst of those at this instant would be to keep silent before the crime that NATO is preparing to commit against the Libyan people."

Chavez himself has said nothing publicly about the disturbances in Libya, though his Foreign Minister Nicolas Maduro issued a statement on Monday saying he had spoken with his Libyan counterpart by telephone to express hopes Libya can find "a peaceful solution to its difficulties ... without the intervention of imperialism, whose interests in the region have been affected in recent times."

Morales also has said nothing.