Gadhafi addresses the nation underneath an umbrella

Libya's president appeared on state TV for less than 20 seconds, brandishing an umbrella and proving he hadn't fled 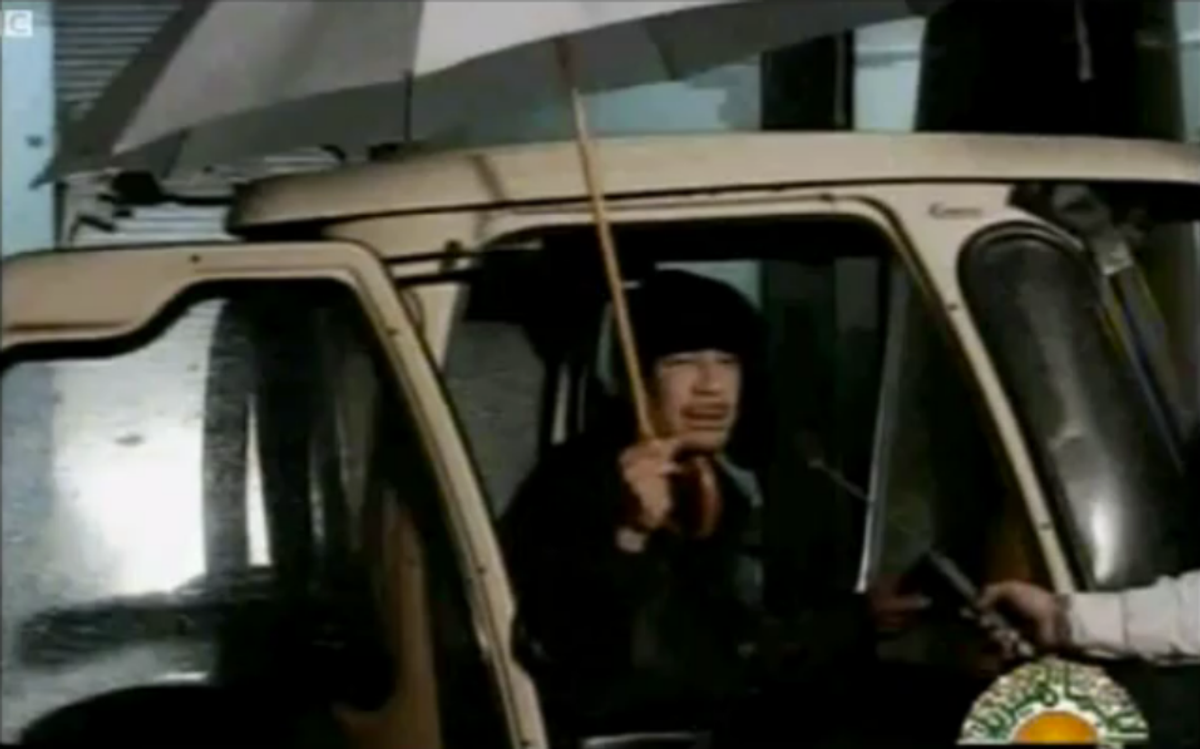 Libyan President Moammar Gadhafi broke silence yesterday in Tripoli in a conspicuously short appearance on Libyan State TV. Sitting in a vehicle apparently in front of his residence and holding a white umbrella, Ghadafi confirmed that he had not fled the country to Venezuela. Apparently, the leader had wanted to address the nation from the main square but decided against the appearance due to rain.

The Associated Press covered Gadhafi's strange speech along with other developments in the story yesterday -- including the two pilots who defected to Malta after Gadhafi ordered them to fire on protesters from above.