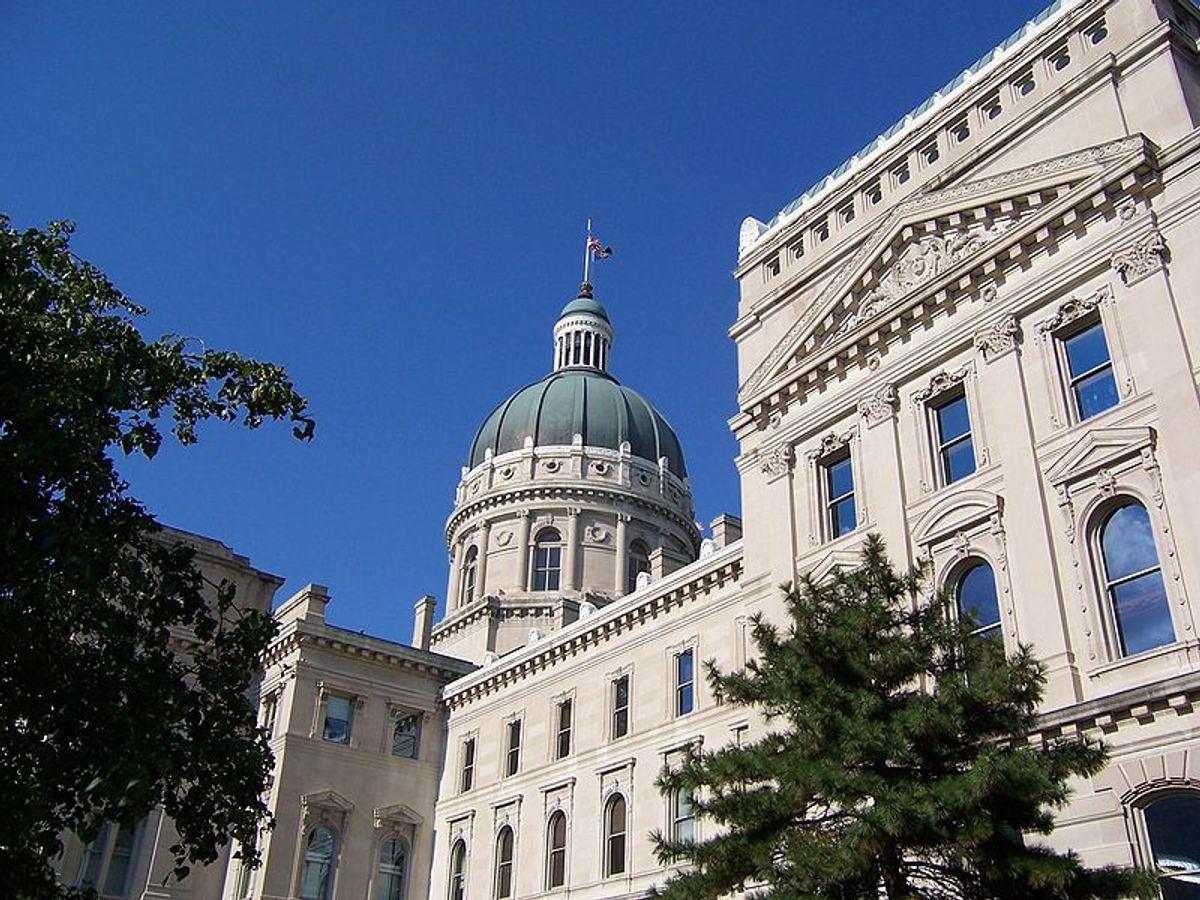 Organized labor fights appear to be spreading out from Wisconsin into other budget-strapped state legislatures. Democratic state legislators in Indiana are fleeing the state to forestall a vote on anti-union legislation. The move strongly resembles actions taken by Democratic state senators in Wisconsin who left that state last week in objection to a bill that would end collective bargaining for public sector unions.

According to the Indianapolis Star:

A source said Democrats are headed to Illinois, though it was possible some also might go to Kentucky. They need to go to a state with a Democratic governor to avoid being taken into police custody and returned to Indiana.

Quorum requirements in the House mandate that 67 members be present for a vote. With most democratic representatives out of state, the body fell 9 people short of that number. Two democrats actually did appear in the House to file motions ensuring that Republicans cannot take any action without quorum

Today’s fight was triggered by Republicans pushing a bill that would bar unions and companies from negotiating a contract that requires non-union members to kick-in fees for representation. It’s become the latest in what is becoming a national fight over Republican attempts to eliminate or limit collective bargaining.

In related news, protesters have gathered in Ohio's State Capitol to oppose a bill that would abolish collective bargaining rights for public employees in that state.