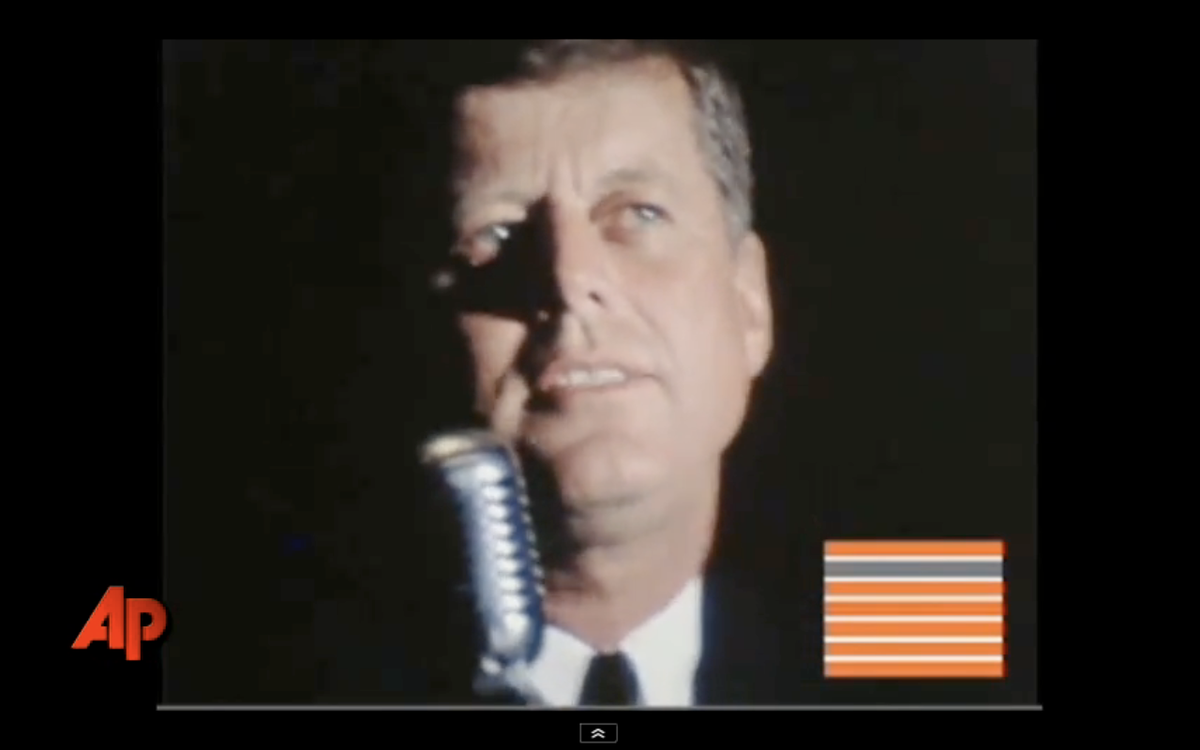 The Sixth Floor Museum in Dallas recently released a video of John F. Kennedy filmed on Nov. 21, 1963 -- the night before he was assassinated. The images were recorded at the Rice Hotel in Houston, where the President appeared at an event with local Hispanic leaders. The sadly audio-free clip shows an animated Kennedy with his wife, Jacqueline, as he approaches a podium to deliver remarks.

The Zapruder film, this is not. (Thankfully.) Rather, it's a fascinating and melancholy look at an American icon during his last hours.