If Scott Walker removes my job protection, he won't just be hurting me -- he'll be compromising the whole system 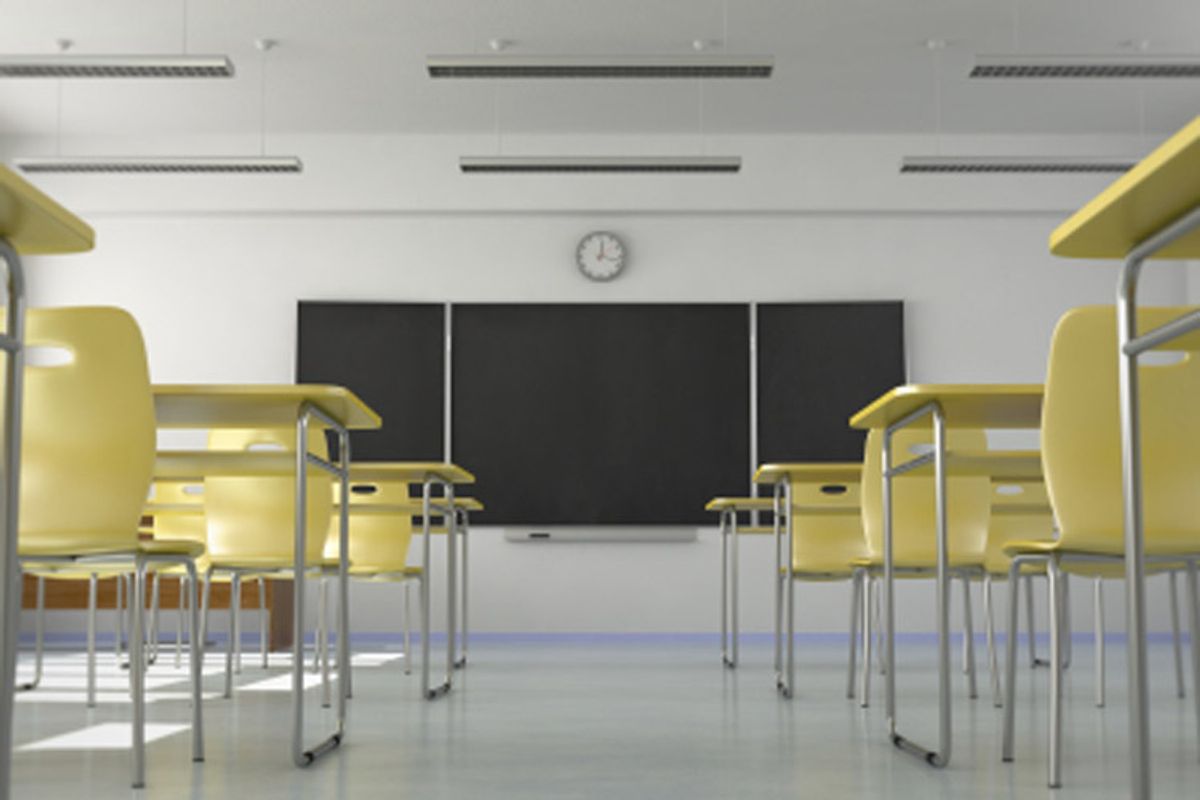 First of all, I have always agreed that unions protect bad workers. With their historical drive to protect all workers from unfair practices, they've developed a system that sometimes rewards bad ones. But what business can't say the same? The fact is, most teachers are dedicated to their profession and truly enjoy their subjects and their students. It's easy to demonize and stereotype during hard times; everyone wants someone to blame. But teachers and other public/state employees are not the enemy here, nor were they the cause of this recession.

Here's the problem, from a teacher's perspective: People keep wanting to compare schools to private businesses. This is a false comparison. We don't make a profit for our boss or our community. If one takes away the union job protection for teachers, what's the result?

Teaching, unfortunately, is a profession where we get too much credit for our effect on children. When students consistently don't study, participate in class or do homework, parents want to know "why we failed them." I got an e-mail last month from a parent of a student who refused to ever speak up in a class where her grade was determined by her participation. The e-mail read, "you're ruining her chances to go to college." Two years ago, I had another parent who threatened to write letters to the editor because he disagreed with one of the supplemental books I used in class, which is used nationally. He felt that the book, in trying to tell parts of history from the perspectives of minorities, was "un-American."

If teacher don't have any protection, will they teach differently the next time they have the student of a school board member in their class? Will the teacher allow the student to fail? Will the teacher bow to the political winds of each new school board and change the way he/she teaches social studies or science? I can tell you, firsthand and from my conversations, teachers' jobs will be more fragile than people are aware.

Teachers are required to keep taking classes for license renewal, which we have to pay for ourselves. We're rewarded by raises when we've taken enough classes, but classes cost between $150-$300 per credit in Wisconsin. The state requires six credits and a state licensure fee of $100 to be renewed every five years of our lives -- and eight credits to move up on the pay scale. Last year, my wife and I paid nearly $2,500 for classes and renewal fees to keep our licenses. Even without the implementation of Gov. Walker’s plan, I made $5,000 less on my 2010 W2 compared to 2009. After Walker’s plan, I will lose another $5,000. What's to stop districts from systematically firing experienced teachers when they reach the top of their pay scale, just to cut costs? The same job that requires me to move up the scale could turn around and fire me for it without union protection. Businesses would never do that to a worker whose experience resulted in great efficiency and profit, but that's not the thinking of most school districts and, sadly, many new politicians.

I concede that public employees have greater benefits than others. But study after study shows that they routinely ask for lower wages, so that they may keep them. If you look at their total income, including benefits, public/state employees make less than private employees. The most recent study, done in February 2010 by the Wisconsin Policy Research Institute, a conservative think tank, calculated that a state employee in Wisconsin who earns $48,000 a year would retire with an estimated monthly pension benefit of $1,712. That is $411 more than a private-sector employee who earned $70,000 a year. We get greater pensions ... because we live on less our entire lives.

I can tell you from all the teachers I talk to and the protesters in this state that it is not about the money. I know those are the talking points that keep being reiterated by Gov. Walker and others around the country -- as well as Fox News. It's about the right to collectively bargain.

Why doesn't Walker simply take away the right to bargain for benefits? Wouldn't that give local authorities the tools to balance their budgets? Why take away the right to bargain for working conditions, safety, class sizes, curriculum, job security, etc.? Teachers unions have now said they'd pay all the increases and institute a merit pay system for teachers. Where's the compromise on the other side? When a system is flawed -- which unions are -- you don't fix it by destroying it completely. I'm afraid we've forgotten what times were like when we believed that what is good for business is always good for workers.