Does Obama really mean it on DOMA? 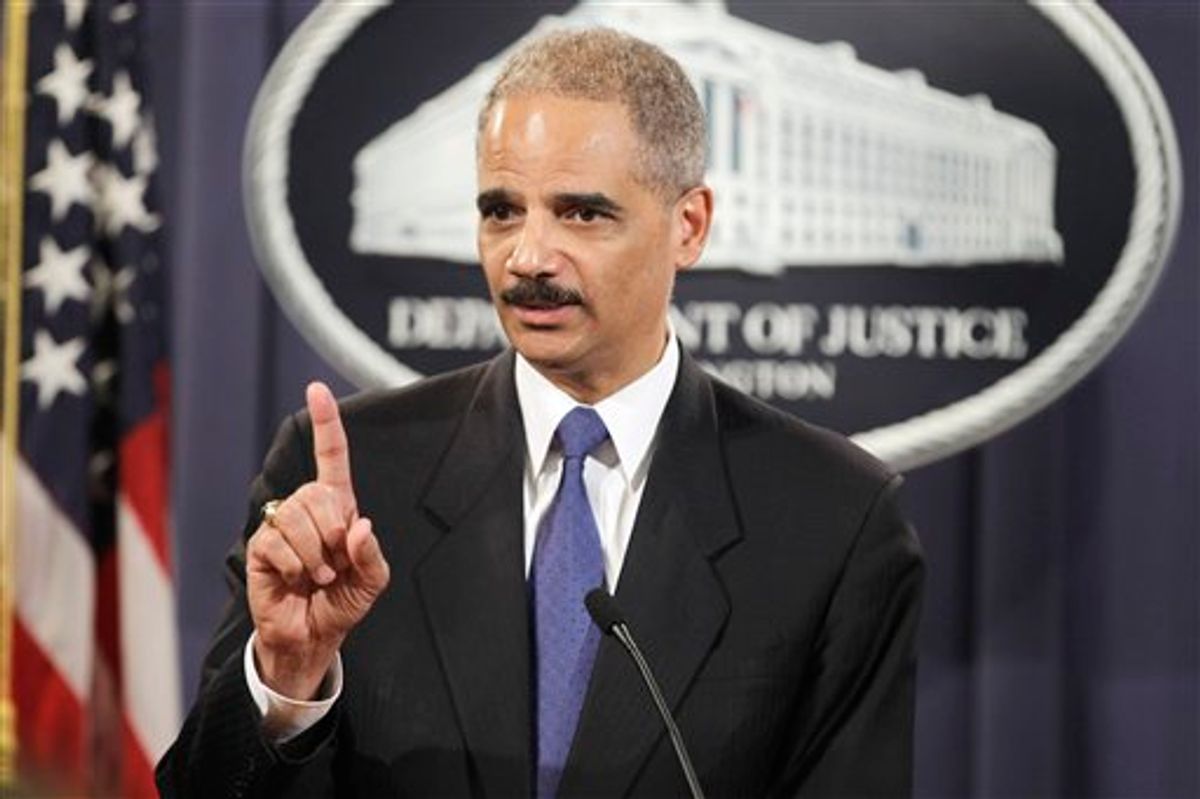 The Obama administration announced on Wednesday that it is throwing in the towel on the legal fight to preserve the 15-year-old Defense of Marriage Act. In a statement, Attorney General Eric Holder said that the Justice Department now considers Section 3 of the DOMA -- which grants federal recognition only to marriages of members of opposite sexes --  unconstitutional. The decision came with two challenges to DOMA pending in federal court, Pederson v. OPM and Windsor v. United States.

We spoke with Jonathan Turley, a George Washington University law professor and noted scholar of constitutional law, to find out what this says about Obama and what this means for the future of gay marriage.

What should we make of this decision -- and the timing of it?

The decision of the administration to make this change is a bit belated. Many of us had criticized the Obama administration for defending the DADT policy, for example, despite the general view that it is discriminatory. That same criticism has been levied against DOMA.

Holder (in his announcement) struggles mightily to explain the sudden shift, and he's not entirely persuasive. He cites the fact that the situation has changed in the last two years, and he cites for example two district courts' rulings against the act. The constitutionality of DOMA presents a threshold question that this administration could have answered in the first month of taking office. It's not very persuasive to say that the administration has suddenly concluded that DOMA is unconstitutional. The more obvious explanation is that it didn't feel it could politically oppose DOMA before the midterm elections. I found Holder's statement to be rather forced and unconvincing.

Having said that, this is still going to be welcome news for everyone who supports same-sex marriage. And it will create a rather curious lineup as these cases go forward.

Holder said that DOJ will not defend the constitutionality of DOMA in the two pending cases but will "remain party to the cases and continue to represent the interests of the United States throughout the litigation." So does that mean they're still going to defend it?

The United States in the past has remained party to cases where it opposes the original side of the government. There's a case from the Supreme Court, for example, where the Justice Department effectively switched sides and supported the petitioner's claim. So the assumption is that the administration will remain a party in the case, and will state its view that Section 3 of DOMA is unconstitutional.

What's interesting is Holder's statement that the department will work closely with the courts to ensure that Congress has a fair and full opportunity to participate in pending litigation. That would seem to mean that the Justice Department will support a special counsel to defend these laws in support of Congress. That will create a situation where you have one lawyer representing the legislative branch and arguing in favor of constitutionality, and another lawyer representing the executive branch and arguing against constitutionality.

I should note, though, that if this were to go to the Supreme Court, I do not expect that the position of the administration would necessarily sway any justices. The justices are likely to have very clear views on the constitutionality of this question. Justice Scalia recently talked publicly about the limits of the Equal Protection Clause. But it certainly adds more support to the challenges going forward. It never hurts to have the executive branch on your side.

Is there precedent for that?

There is. They have done this, and Holder makes reference to the fact that it's been done in the past. Ultimately the president and the attorney general have the discretion whether to defend a law. And when they decline to do so, the expectation is that Congress will be able to supply council to defend the legislation. But I think a lot of people are asking today why this analysis wasn't equally compelling in the first year of the administration.

So is it likely the administration will revisit this position soon, or can this decision remain the policy for a while?

Now, just because the Supreme Court declares something constitutional, doesn't necessarily change the equation for the administration. The administration could still decline to defend the law, and leave those cases to special counsel. But my assumption is that if the Supreme Court argued the legality of DOMA then there'd be many in the Justice Department who'd argue that they should resume defending the law in lower courts.

What do you make of the politics of making this announcement now?

These cases are coming up for appellate decision. So the cases themselves force this issue. The assumption is that the administration was waiting until after the midterm elections to take this position. Everyone that I've spoken to believes this decision was motivated by political considerations and not legal considerations. Eric Holder has proven an extremely political attorney general, much in the same way as the Bush attorneys general. His position not to prosecute torture, his decision to defend DOMA, and his prior decisions on DOMA were all driven by political considerations in the view of his critics. So I think that's what the motivation is.