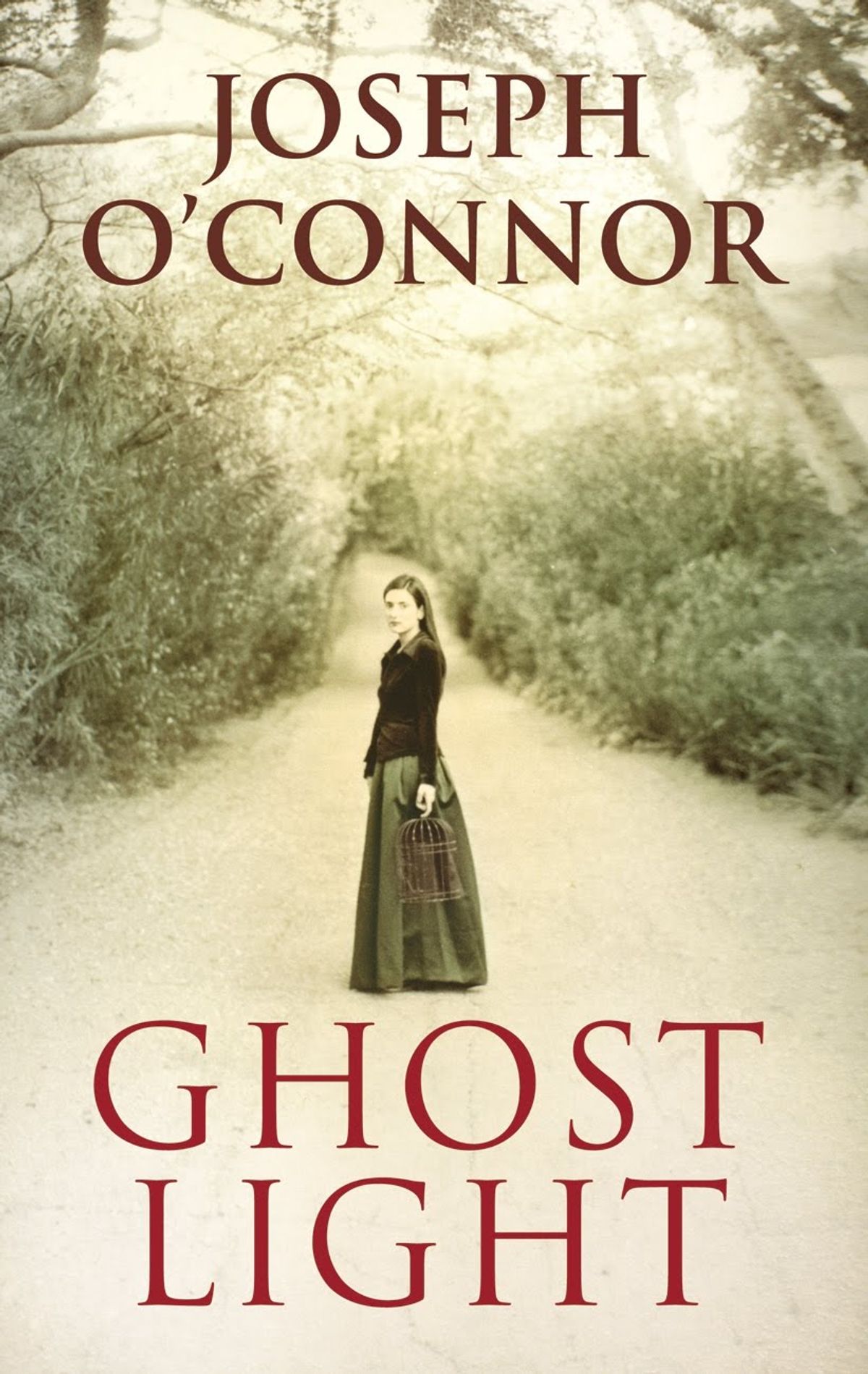 Growing up in the coastal town of Dun Laoghaire, Joseph O'Connor lived but a short walk from the Victorian house that had once sheltered the playwright John Millington Synge (1871-1909) and his immediate family. In the acknowledgments that close "Ghost Light" -- O'Connor's accomplished seventh novel -- the author notes that he'd fancied the Synge domicile "as a slightly decrepit embassy of literature, a headquarters where brave things had been attempted, some magnificently achieved, but also a hermitage of ghosts." O'Connor projects himself into that gothic space and, furthermore, into the theatrical society that blossomed around Ireland's Abbey Theatre, by fixing upon Synge's relationship with the spirited actress Maire O'Neill (1885-1952).

At the time of his death from Hodgkin's disease, Synge was engaged to O'Neill (neé Molly Allgood), who had been the lead actress in the original production of his mordantly droll comedy "The Playboy of the Western World" (1907). Their courtship met with resistance from Synge's family and social circle, which included fellow Abbey Theatre co-directors William Butler Yeats and Isabella Augusta, Lady Gregory. Of issue to the naysayers was not only the age difference between them -- Synge was 35 and O'Neill 19 when they first became fond of each other -- but differences in station. Yeats and Lady Gregory, like the rest of those who frowned upon Synge's amorous leanings, were sensitive to the class markers that distinguished him from his beloved: O'Neill was the product of a working-class background, who had received a spotty education at an orphanage where she was placed for a time, after her father's death. Synge -- the offspring of a barrister and a landowner -- was a graduate of Trinity College Dublin who could read in six languages and was well traveled.

In his novel "Ghost Light," O'Connor pulls from such contrasts reasons for mirth and gravity. Frequently, such emotions spur one another on as they do when O'Neill reads a lyric that has been added to an oft-consulted map, which bears the stamp "Ex Libris Trinity College Dublin":

If this chart -- thou steal'st away,

What shall thou say

Yet if this map be -- wrongly drawn

She reads the final couplet aloud. [Synge] chuckles at her pronunciation. In his accent, it rhymes. In hers, it does not. For less have millions starved.

It is O'Neill's voice, by turns vulgar and classed-up, that centers the novel and invests it with a stubborn optimism.

"Life abounds with blessings." This motto comes to her at the beginning of the story, where we find O' Neill, aged 65, hung-over and indebted, living in a dilapidated London flat. She bundles herself in that sentiment, as she does in the best of her few remaining garments, to see her through a chilly day in October 1952. In part, she is made giddy by an afternoon appointment at the BBC, where she is to participate in a radio adaptation of a play by Sean O'Casey. As she goes about her preparatory rituals, she mulls over an interview request from a scholar who is eager to discuss her relationship with Synge, and to obtain for her institution's archives any personal documents relating to the literary artist. Having long ago sold off all but one of his letters, O'Neill, for dire want of groceries, decides to part with this last memento, though it's her intention to sell it to a London book dealer who has been kind to her in the past. Placing the letter in the pocket of her only coat, she goes outside to meet the day, which will give her the occasion to visit a pub, a museum, Trafalgar Square and a movie theatre, before heading off to work in a fog of alcohol and remembrance.

O'Connor is superb at holding the reader's attention across scenes drawn from O'Neill's youth as a rising actress at the Abbey Theatre, to her ominous middle years, to the waning moments of her life. There is a noticeable physicality to his writing. Peering at her aged knuckles, O'Neill sees "the fossil of a bird's wing." A clock "placks solidly, adjusting its ratchets." An overstuffed ashtray "calls to mind a porcupine." The author's delineation of psychological states is equally sharp. Synge's ambivalence toward marriage belies a quality "many women have known: the suitor who craves you but secretly wants to be dismissed." As O'Neill shuffles about in the morning, getting ready for what is fated to be her final performance, she is keen to shrug off the memories that have stirred within her, because "otherwise we pull into ourselves like snails ... and you can lose thirty years in such a withdrawal. This is how time unfolds when you are old and susceptible. Wander into its spiral shell and it is hard to escape. The glisten that looks inviting to age-bleared eyes has a way of suddenly liquefying and then coagulating around your heart, and the womb in which you find yourself so numbingly cocooned is too enveloping to allow you to resurface."

"Ghost Light" imparts much of its joy by tracking O'Neill as she gallivants about London brushing off the slights and acknowledging the serendipities strewn along her path. It's regrettable that the novel falters for a brief spell, near the end, when she arrives at the radio studio and is introduced to a young fan eager for her autograph. What transpires is a schmaltzy incident that interrupts the otherwise unobtrusive current of pathos that carries the story along. Be that as it may, this Hallmark moment needn't deter readers in the mood for a literary work that is as inviting as a liquid indulgence.