Go ahead and bring up the would-be 2012 candidate's messy personal history. As long as the checks clear, he's fine 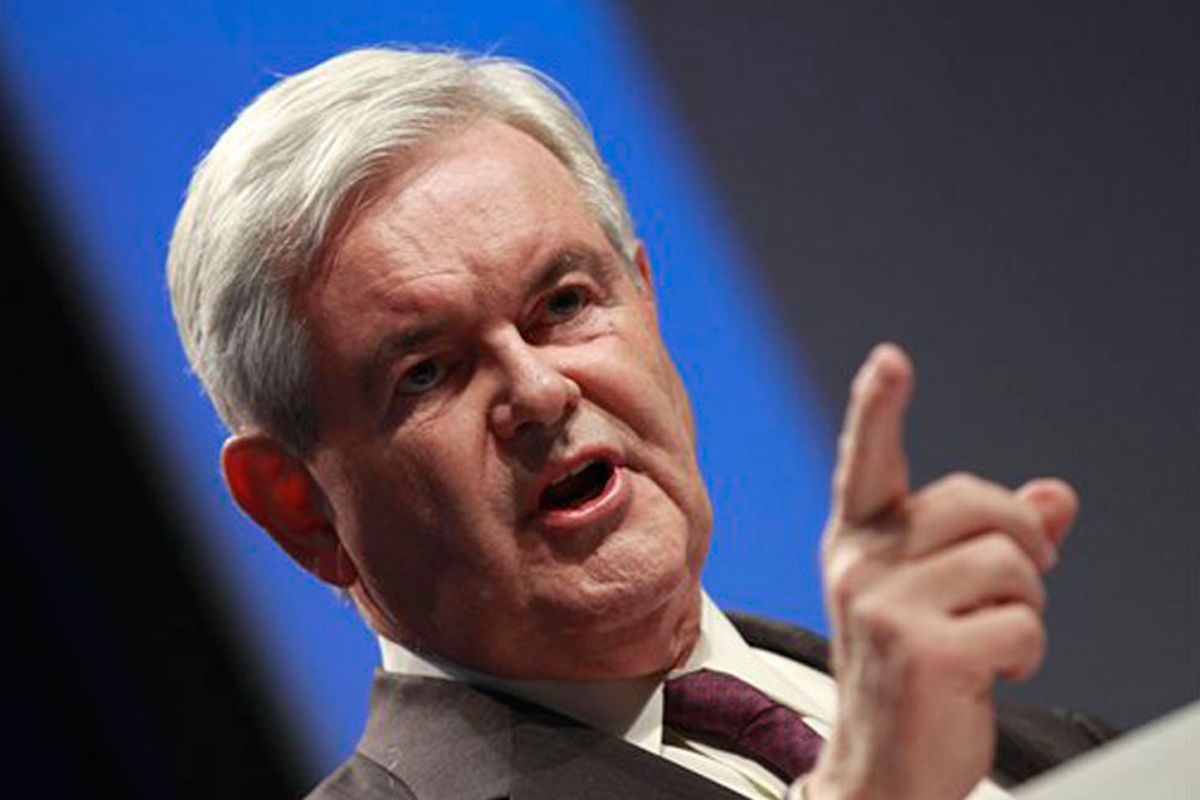 Newt Gingrich is still going around the nation acting like he's going to run for president, which is a good idea for selling books and getting attention, but a bad idea if your entire personal and professional history is one well-documented disaster after another.

As one of Gingrich's ex-wives recently told Esquire, Newt is very much interested in the money-making part of that equation, and apparently willing to put up with the reopening old wounds portion. (The old wounds include one of his former wives talking to Esquire, though no one has yet said much about his ethics violations as House speaker or his chastened resignation from his seat as a widely loathed national figure of ridicule.)

At a speech at the University of Pennsylvania last night, Gingrich was pressed on the personal stuff, yet again:

"You adamantly oppose gay rights... but you've also been married three times and admitted to having an affair with your current wife while you were still married to your second," Isabel Friedman, president of the Penn Democrats, said to Gingrich. "As a successful politician who's considering running for president, who would set the bar for moral conduct and be the voice of the American people, how do you reconcile this hypocritical interpretation of the religious values that you so vigorously defend?"

Gingrich cut the woman off before she mentioned the circumstances under which he left his wives (one for a woman he was seeing while he was impeaching Bill Clinton, another while she was in the hospital recovering from cancer), and (sarcastically?) thanked her for "the delicacy and generosity" with which she framed her question about his infidelities. His excuse is that only God can judge him:

The American people are concerned about the future! Which woman will Gingrich next leave his wife for, and how embarrassing/ironic will it be?