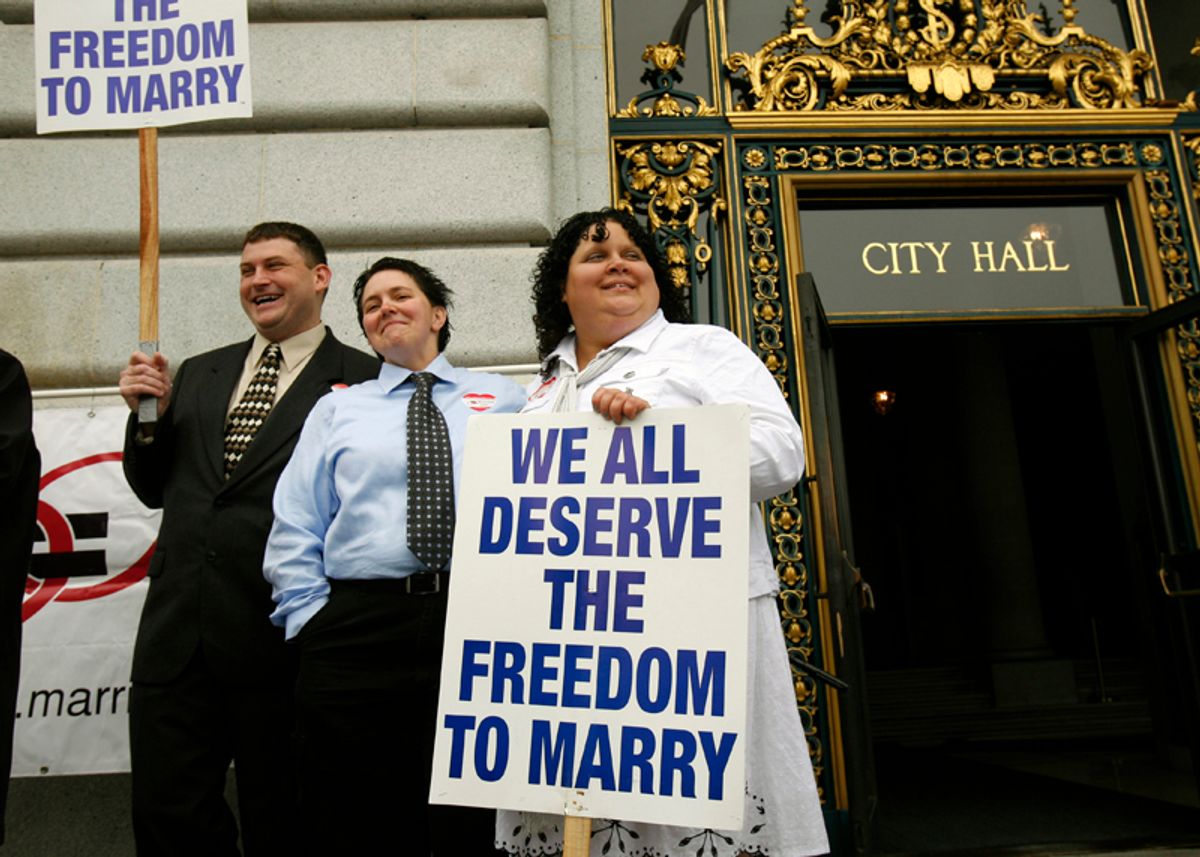 According to National Journal, President Obama has declared the Defense of Marriage Act unconstitutional. The administration made the announcement a few minutes ago and will alert Congress later today:

"The President believes that DOMA is unconstitutional. They are no longer going to be defending the cases in the 1st and 2nd circuits," a person briefed on the decision said.

Attorney General Eric Holder confirmed the report in a statement to the press:

After careful consideration, including a review of my recommendation, the President has concluded that given a number of factors, including a documented history of discrimination, classifications based on sexual orientation should be subject to a more heightened standard of scrutiny. The President has also concluded that Section 3 of DOMA, as applied to legally married same-sex couples, fails to meet that standard and is therefore unconstitutional. Given that conclusion, the President has instructed the Department not to defend the statute in such cases. I fully concur with the President’s determination.