Are brothels really to blame for Nevada's woes?

Harry Reid says legal sex work is killing the state's economy, and he misses the real reason to criticize bordellos 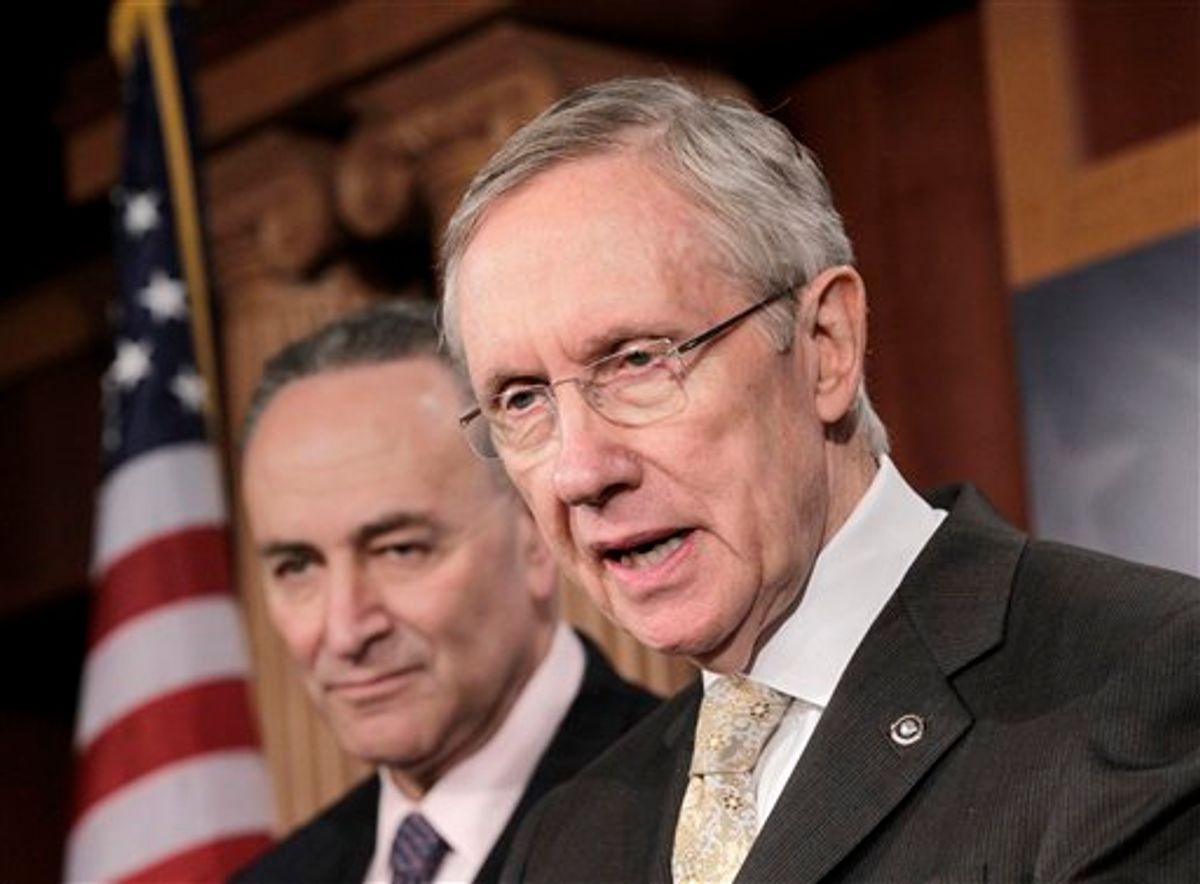 You don't have to be a supporter of legalized prostitution to have found some gaps in the reasoning behind Harry Reid's call yesterday for Nevada to outlaw brothels. He warned state legislators, "If we want to attract business to Nevada that puts people back to work, the time has come for us to outlaw prostitution." In other words: Banning the oldest profession is the key to boosting the state's flagging economy. Is it really, though?

For proof, Reid cited a conversation with an unnamed business owner who expressed discomfort over the fact "that one of the biggest businesses in the county he was considering for his new home is legal prostitution." A local brothel owner responded today by claiming that the business in question is planning to move to the state, regardless. Other than this mystery case, though, there is little evidence that Nevada's bordellos -- which are legal in certain far-flung rural counties -- are keeping businesses out of the state.

In fact, many were quick to point out that if the state is suffering from an image problem, more likely culprits are the Las Vegas Convention and Visitors Authority's racy, high-profile ad campaigns, the dominance of adult businesses on The Strip and the abundance of illegal prostitution. (Not to mention, Elvis weddings, anyone?) When reporters pressed Reid on this after his speech, he responded: "I'm glad that you're interested and piqued by prostitution. But it seems that you guys should all get a new life." Yikes.

Francis Carleton, an assistant professor of political science at the University of Nevada Las Vegas told me by e-mail:

[Reid's] trying to steer a middle course between Las Vegas (and Nevada generally, I suppose) as a place where anything goes, and a place that tries to imitate Orlando in terms of being family-friendly. We know that the 'Orlandofication' of Las Vegas didn't work out so well -- witness the rebranding of Treasure Island as TI, for example, or the toning down of the Luxor's Egyptian theme. So perhaps this is an attempt to move in that direction without going quite so far. To rebrand Las Vegas (and Nevada generally) as a place to do serious business -- an American and even international crossroads for business transactions.

One where businessmen broker their sexual transactions strictly underground -- you know, like in the rest of America.

What Reid didn't mention in his speech is that brothels contribute a decent penny to their counties in fees and taxes. Nye County's bordellos paid $150,000 in taxes last year, according to KTNV. Dennis Hof, owner of the Moonlite Bunny Ranch, says his four brothels in Lyon County employ 650 people and pay roughly $500,000 in fees to the county each year. In 2009, brothel owners lobbied to have a $5 tax applied to prostitution, claiming it would raise $2 million a year for the state, but the Legislature shied away from the proposal, which was seen as legitimizing the trade.

It isn't just the blame for Nevada's image problem that is misplaced here, either: If Reid wanted to make a compelling argument against Nevada's brothels, he would be better off citing the human rights abuses already documented in the state's legal sex trade. That said, let's not forget that an estimated 90 percent of the prostitution that goes on in the state is illegal.