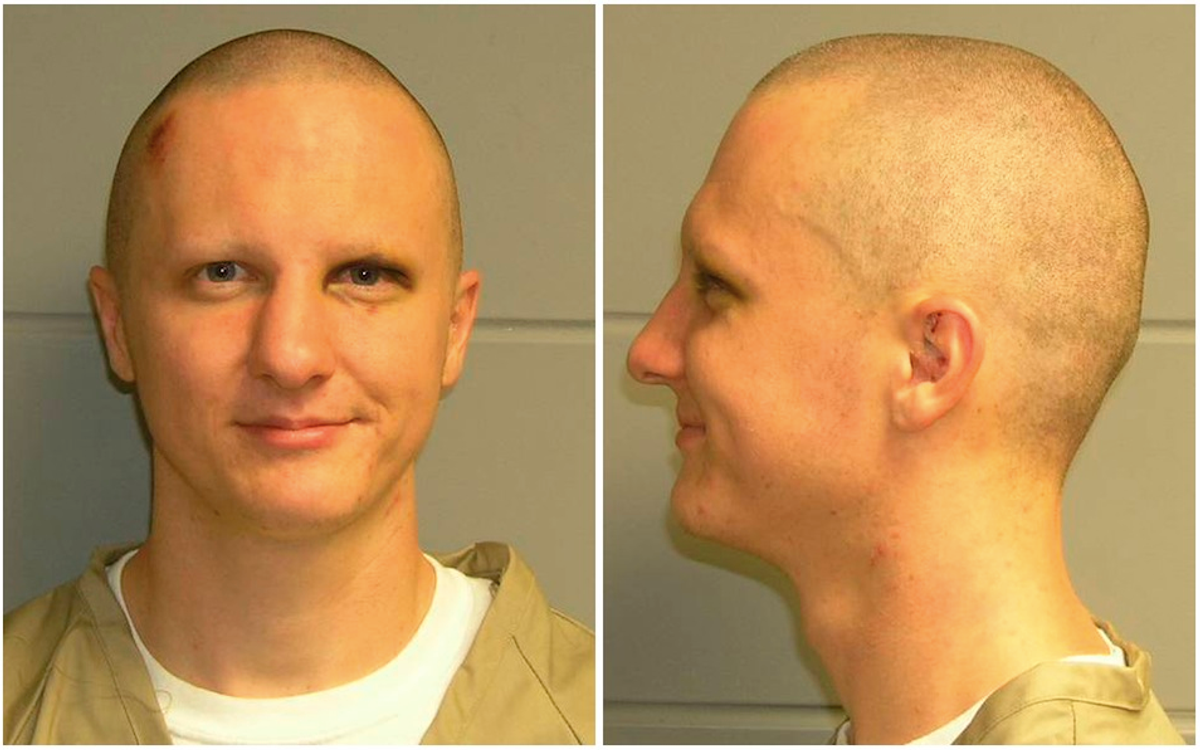 The photo shows Jared Loughner in front of a block cinder wall, wearing a mustard colored jail uniform with a white T-shirt underneath. His hair is slightly grown out and he has a cut on his right forehead.

Last week, U.S. District Judge Larry A. Burns said he was leaving it up to the marshals to decide whether to release the mug shot of the 22-year-old Loughner taken in Phoenix while Loughner was in the agency's custody.

The previously unreleased photo is a different image than the mug shot released by the Pima County Sheriff's Office taken two days after Loughner was arrested.

Defense attorneys had argued against releasing the new photo, saying it invades Loughner's privacy and doesn't serve any legitimate public interest. In addition, mug shots reveal people at their most humiliating moments, the lawyers said.

Burns said he did not agree the photo would invade Loughner's privacy or harm his chance at a fair trial, but he said he didn't have the authority to rule on the matter because the 6th Circuit requires the U.S. Marshals Service to release the photo.

"We're making these pictures seem way more ominous than they really are," Burns said, adding the second mug shot is much "tamer" than the first one that has been widely circulated on the Internet. That photo showed Loughner wide eyed and smiling.

The Jan. 8 attack outside a Tucson-area grocery store also left a federal judge, an aide to Giffords and a 9-year-old girl dead. Loughner has pleaded not guilty to federal charges in the case.