U.S. to join effort to boot Libya from U.N. body

Obama announces his support of the move to expel Gadhafi, effectively severing the relationship between the two 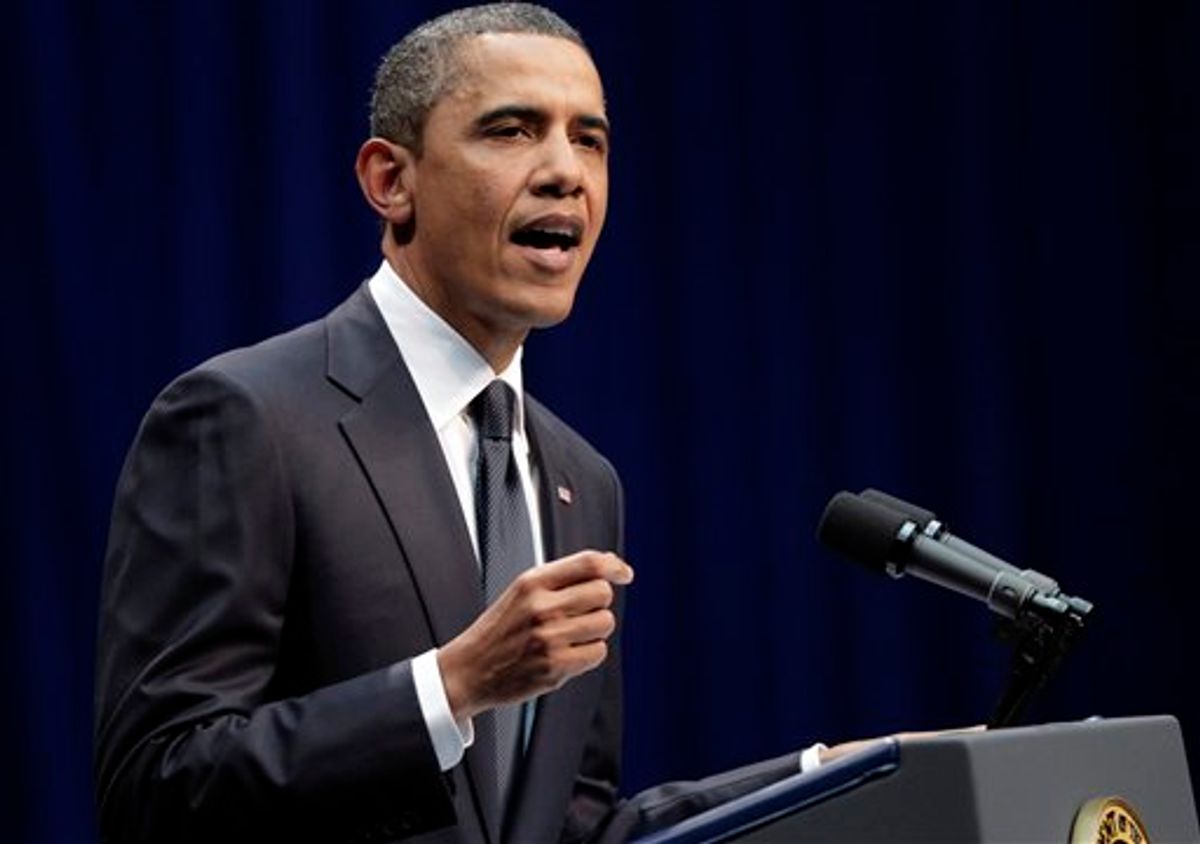 The Obama administration will throw its weight behind a European effort to expel Libya from the U.N.'s top human rights body and name a special investigator to look into alleged atrocities committed by Moammar Gadhafi's regime, U.S. officials said Thursday.

Secretary of State Hillary Rodham Clinton will help coordinate the larger international strategy to stop the violence in Libya she attends a U.N. Human Rights Council meeting in Geneva next week, the officials said.

State Department spokesman P.J. Crowley said the administration backs a European proposal for the 47-nation council to recommend Libya's expulsion. Officials, speaking on condition of anonymity to discuss administration planning, also said the U.S. would support efforts to establish a U.N.-led probe into "gross and systematic violations of human rights by the Libyan authorities."

Council members were debating the resolution Thursday in Geneva, ahead of an emergency session Friday. Kicking out Libya would require two-thirds approval of all the 192 countries in the United Nations.

Hundreds are believed to have been killed in Libya in recent days and Gadhafi's regime appears to have lost control of large parts of the country.

The administration also warned of a Libyan crackdown on foreign journalists to stifle news of the regime's violent assaults on protesters.

In meetings with U.S. diplomats, Libyan officials said they would consider unregistered journalists as al-Qaida collaborators subject to immediate arrest, according to the State Department.

"Be advised, entering Libya to report on the events unfolding there is additionally hazardous with the government labeling unauthorized media as terrorist collaborators and claiming they will be arrested if caught," the department said in a notice to news organizations.

The Libyan officials told the U.S. diplomats that some journalists from CNN, BBC Arabic and Al Arabiya television would be allowed into the country to cover the situation. But the officials said journalists working independently and not in government-approved teams will be prosecuted on immigration charges, according to the department.

The warning comes as the Libyan government appears to have lost control of much of the eastern part of the nation, where some reporters are crossing the border from Egypt.