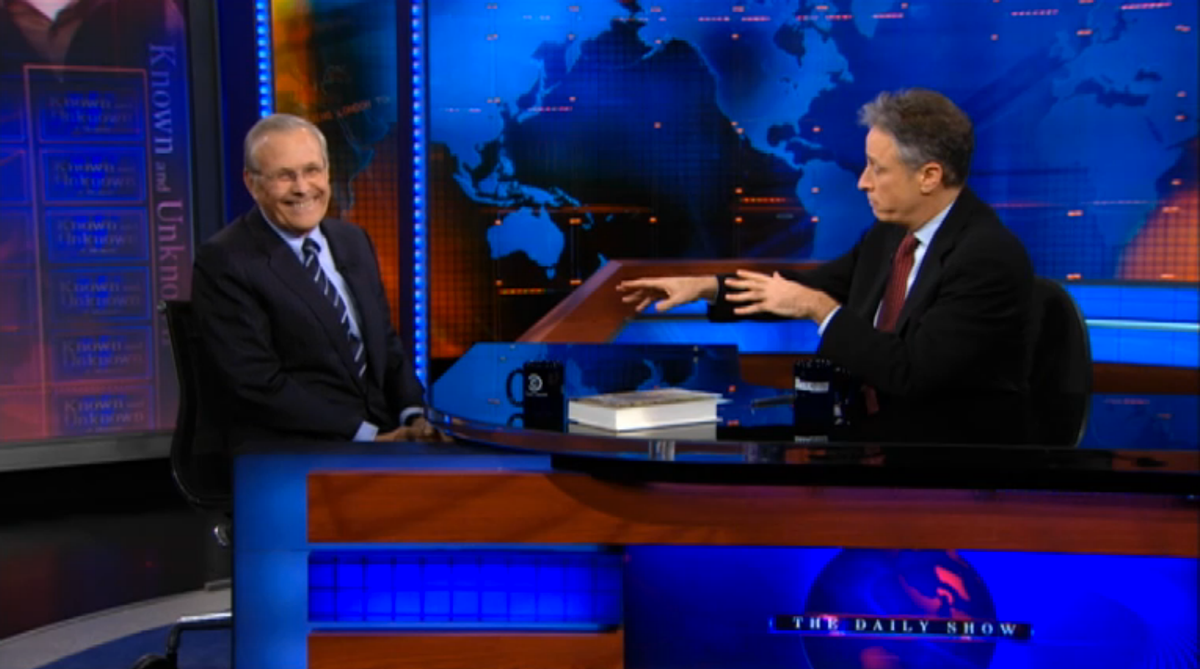 Donald Rumsfeld appeared on the "The Daily Show With Jon Stewart" last night to plug his new memoir. While Stewart pressed for the inside scoops about the Iraq War and other unidentifiable skeletons in Rumsfeld's closet, the former defense secretary kept his cool. If you were unsatisfied by the made-for-TV edit, here's the interview in full.