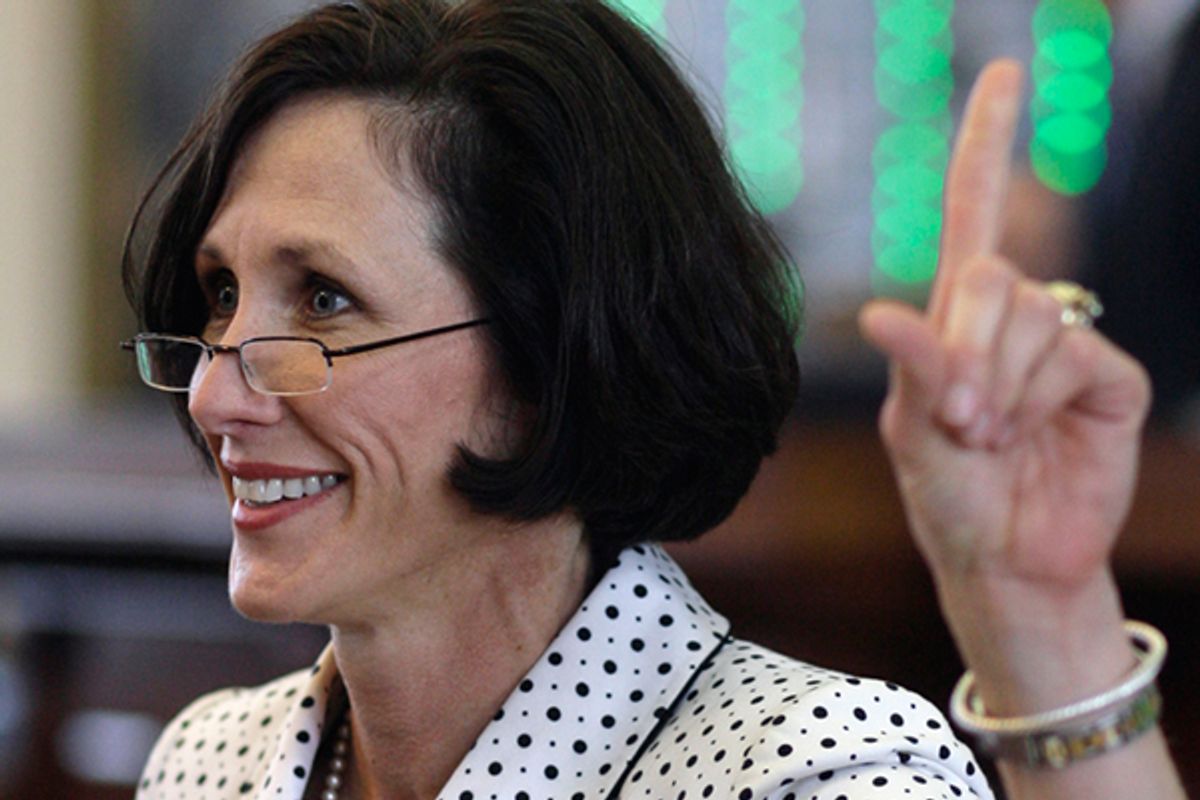 Last week we bought you a roundup of the most outlandish bills introduced in state legislatures around the country by Tea Party-friendly legislators.

Well, here's another to add to that list (and stay tuned, we'll be updating it periodically): Rep. Lois Kolkhorst, a member of the Tea Party Caucus in the Texas House, has introduced a bill that seeks to use illegal immigrants -- as in, their physical bodies -- to score political points.

From the bill, which was reported on by Think Progress:

A law enforcement agency that has custody of an illegal immigrant to whom this article applies may:

(1) release or discharge the illegal immigrant at the office of a United States senator or United States representative during that office's normal business hours; and

Kolkhorst, who represents a rural district in central Texas, told a friendly local Op-Ed columnist, "I want us to take these illegal immigrants in custody to a congressman's office and say, 'We don't know what to do with these people. Do you?'"