Government shutdown: No way out for GOP 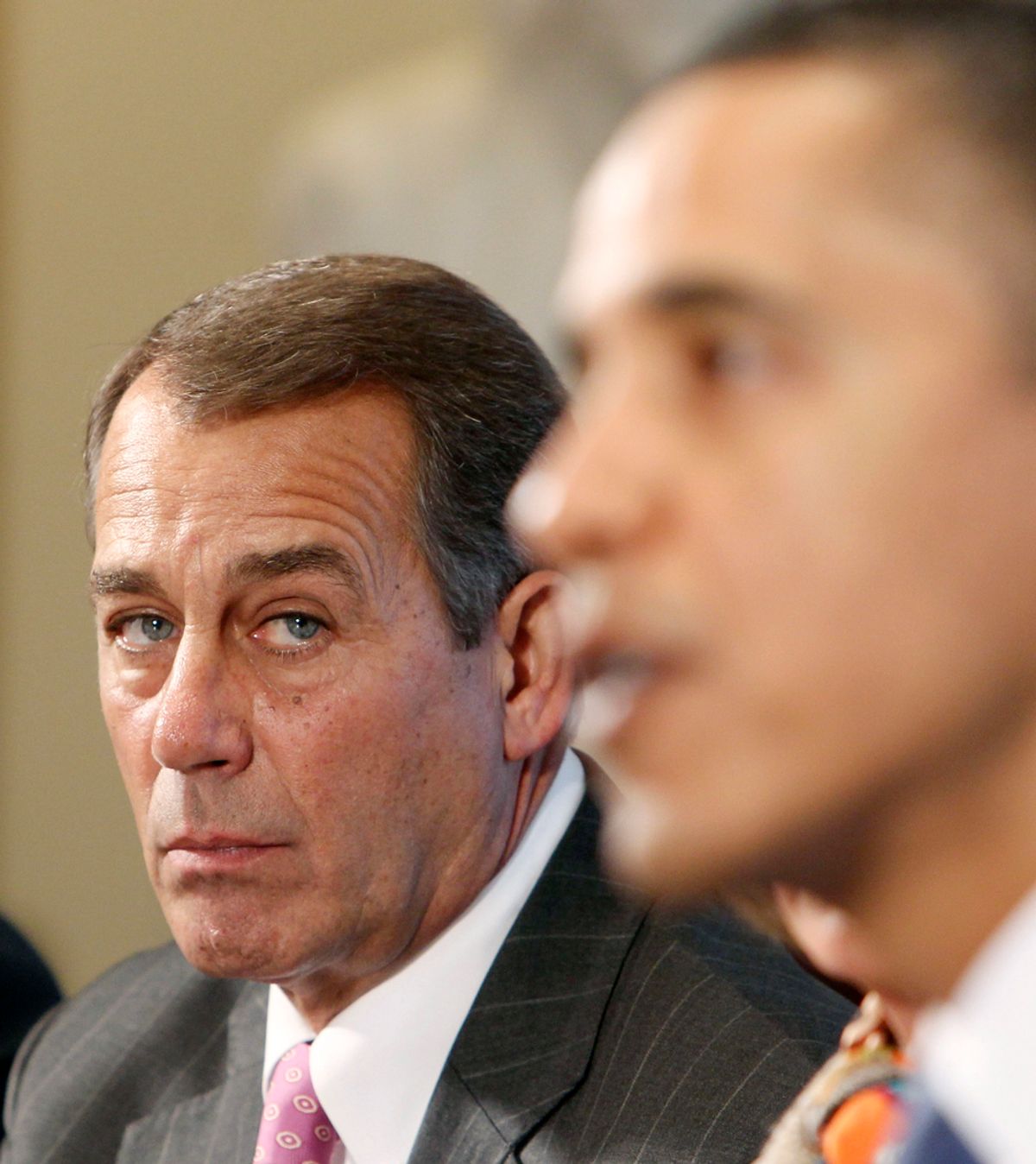 Who to believe? In Slate, John Dickerson tells us to ignore all the partisan posturing and sharp-edged political rhetoric from President Obama, Senate Minority Leader Mitch McConnell and House Speaker John Boehner. The real action is behind the scenes, where the politicians are trying to cut a budget deal and avoid a government shutdown. "Boehner and GOP leaders don't want to shut down the government and thus risk seeming reckless," writes Dickerson, but they still have to keep their constituency happy with tough talk. So "bash them in public, work with them in private."

But in The New Republic, Jonathan Bernstein argues that that Boehner's tactics have made it much more difficult to reach any kind of deal with the White House. The much lauded "open amendment" process orchestrated by Boehner on the House spending bill ended up stuffing the Republican budget cut plan with high profile assaults on Democratic priorities.

So, for example, the funding bill now tells the EPA that it cannot regulate greenhouse gases; it tells the FCC that it may not implement net-neutrality regulations; it cuts funding from Planned Parenthood; and, perhaps most critically, it blocks money needed to carry out health care reform.

This means that, instead of sending the Senate a bill carefully tailored for a major budget fight, the House has delivered one containing a hodgepodge of policy fights. Consequently, it will be much harder to find common ground before time runs out to prevent a shutdown.

And so far, in public, Boehner's not budging. His latest proposal, to avoid a government shutdown that could start at the end of next week, is to tell Senate Democrats that they would have to accept a Mini-Me version of the House plan, pro-rated over the length of however long the temporary extension of the current continuing resolution might be.

The new line is, "OK, let's compromise. Give us everything we want on a prorated basis, or we'll shut down the government.

"To call this a "compromise" is to strip the word of all meaning.

Maybe Dickerson is right, and Boehner is just posturing while ironing out a compromise in private. But to get a temporary deal done, Boehner is going to have to sacrifice exactly those elements of the House bill that Republicans are most exultant about having passed. That would represent a major defeat for Boehner, in his first high-profile showdown with the White House in the new Congress. I can't see him letting that happen, and I can't see the White House caving on the first round either. Government shutdown, here we come.