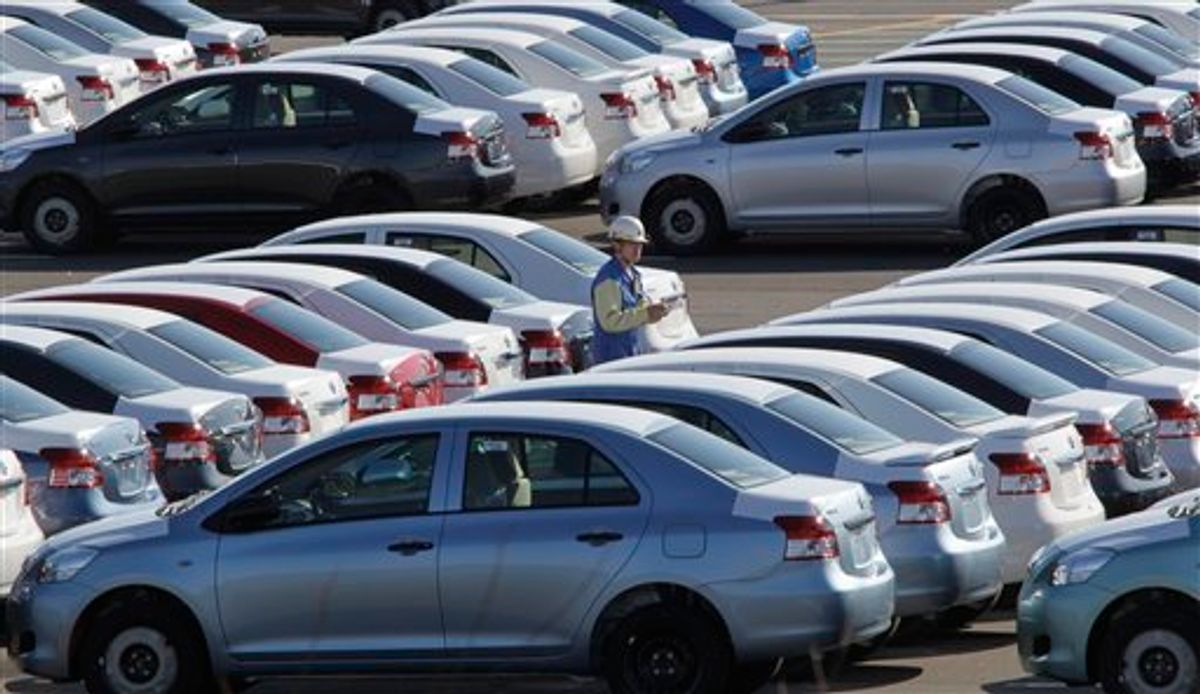 A worker checks Yaris compact sedans, set for export to North America, at a plant of Toyota Motor Co.'s group company Central Motor Co. in Ohira in Miyagi Prefecture, northern Japan, Wednesday, Feb. 16, 2011. Toyota celebrated the opening of the auto plant in a forsaken rural area of Japan, which promises to grow into a new production point for the world's largest automaker. (AP Photo/Koji Sasahara) (AP)
--

Toyota Motor Corp. recalled 2.17 million vehicles in the United States on Thursday to address accelerator pedals that could become entrapped in floor mats or jammed in driver's side carpeting, prompting federal regulators to close its investigation into the embattled automaker.

The Transportation Department said it had reviewed more than 400,000 pages of Toyota documents to determine whether the scope of the company's recalls for pedal entrapment was sufficient.

"As a result of the agency's review, (the National Highway Traffic Safety Administration) asked Toyota to recall these additional vehicles, and now that the company has done so, our investigation is closed," said NHTSA administrator David Strickland.

Toyota has now recalled more than 14 million vehicles globally to fix gas pedals and other safety problems since 2009. U.S. regulators said earlier this month that electronic flaws were not to blame for reports of sudden, unintended acceleration. The company paid the U.S. government a record $48.8 million in fines for its handling of three recalls.

The world's No. 1 auto company said more than half of the vehicles under recall were being added to a massive 2009 recall that fixed gas pedals getting trapped in the floor mat.

Toyota also recalled 20,000 2006 through early 2007 GS 300 and GS 350 all-wheel drive vehicles to change the shape of a plastic pad embedded in the driver's side floor carpet that could cause pedal interference.

Toyota spokesman Brian Lyons said the company was unaware of any accidents or injuries related to the new recalls.