How to kill off economic growth

New economic data prove, once again, that now is the wrong time to point the flamethrower at government spending 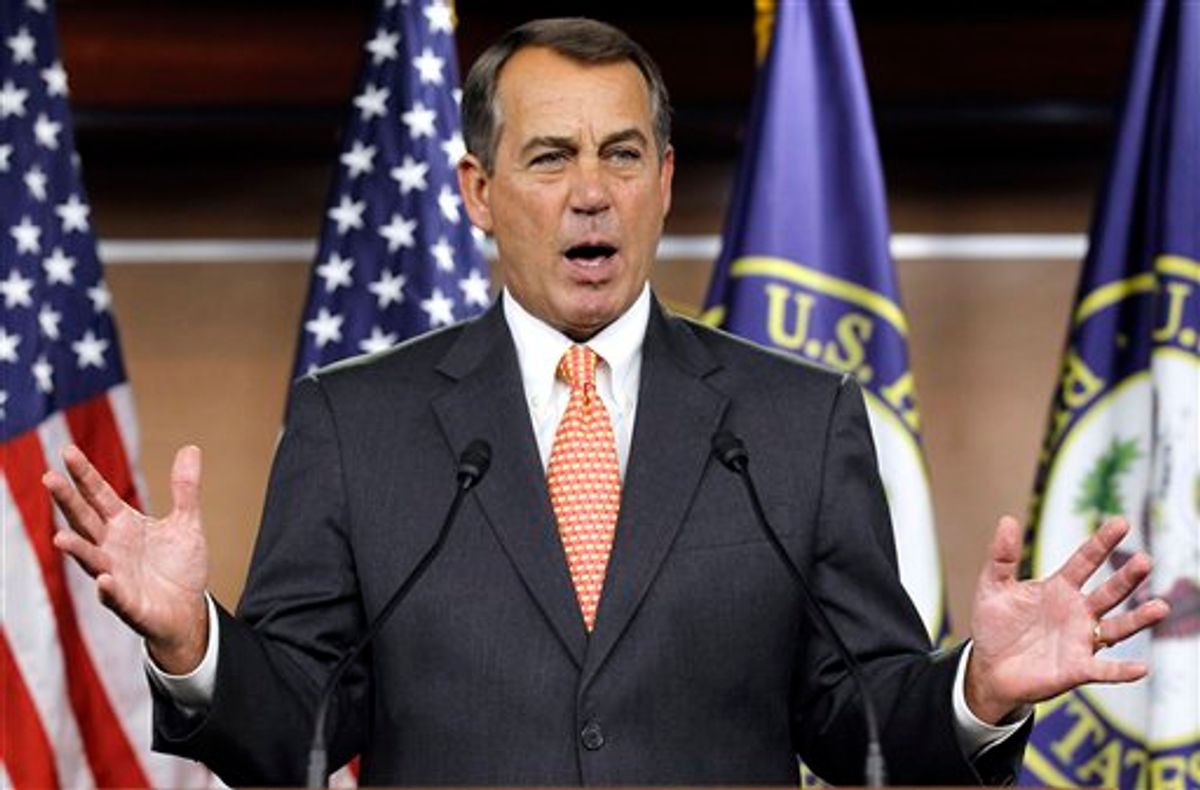 Two new economic data points Friday morning offer new evidence why the Republican rush to austerity is coming too soon. In the U.S., The Bureau of Economic Analysis lowered its estimate of 4th quarter economic growth from 3.2 percent to 2.8 percent. The biggest chunk of the decline: a downturn in state and local government spending.

Meanwhile, across the Atlantic, the U.K.'s Office of National Statistics also downgraded its most recent growth estimate, from -.5 percent to -.6 percent. The most alarming point about those numbers is that government spending actually grew in the last quarter in the U.K., but that scenario is about to change sharply.

Government spending grew by 0.7 percent but this would not last, economists warned.

"The detail shows that government spending was the only positive growth driver," said James Knightley at ING. "This is fairly worrying given we know about the wave of fiscal austerity that is now starting to hit the UK economy, meaning that we will soon be starting to see negative figures for this component."

At the Economist's Free Exchange blog Ryan Avent suggests that, in both countries "the fiscal and monetary authorities should be asking themselves whether they've overestimated the performance of these economies and their ability to handle big, and largely unnecessary, short-term budget cuts."

That's putting it mildly. In the U.S., State and local government finances are going to be in much worse shape in 2011 than they were in 2010, as federal government aid to plug budget holes caused by the recession dries up. On top of that, the only real question about the result of negotiations on budget cuts between Republicans and Democrats is just how irresponsible the resulting slash-and-burn devastation will be. Throw in the likely negative impact of rising oil prices, and the downside risks to the U.S. economy suddenly seem to be burgeoning.

The best cure for both budget woes and unemployment is faster economic growth. But right now, global events and government policy are conspiring to depress growth. It's possible that the underlying growth in the U.S. economy will resist these trends, but if does, it's because we're lucky, not smart.