A study shows all coral reefs may be gone by 2050 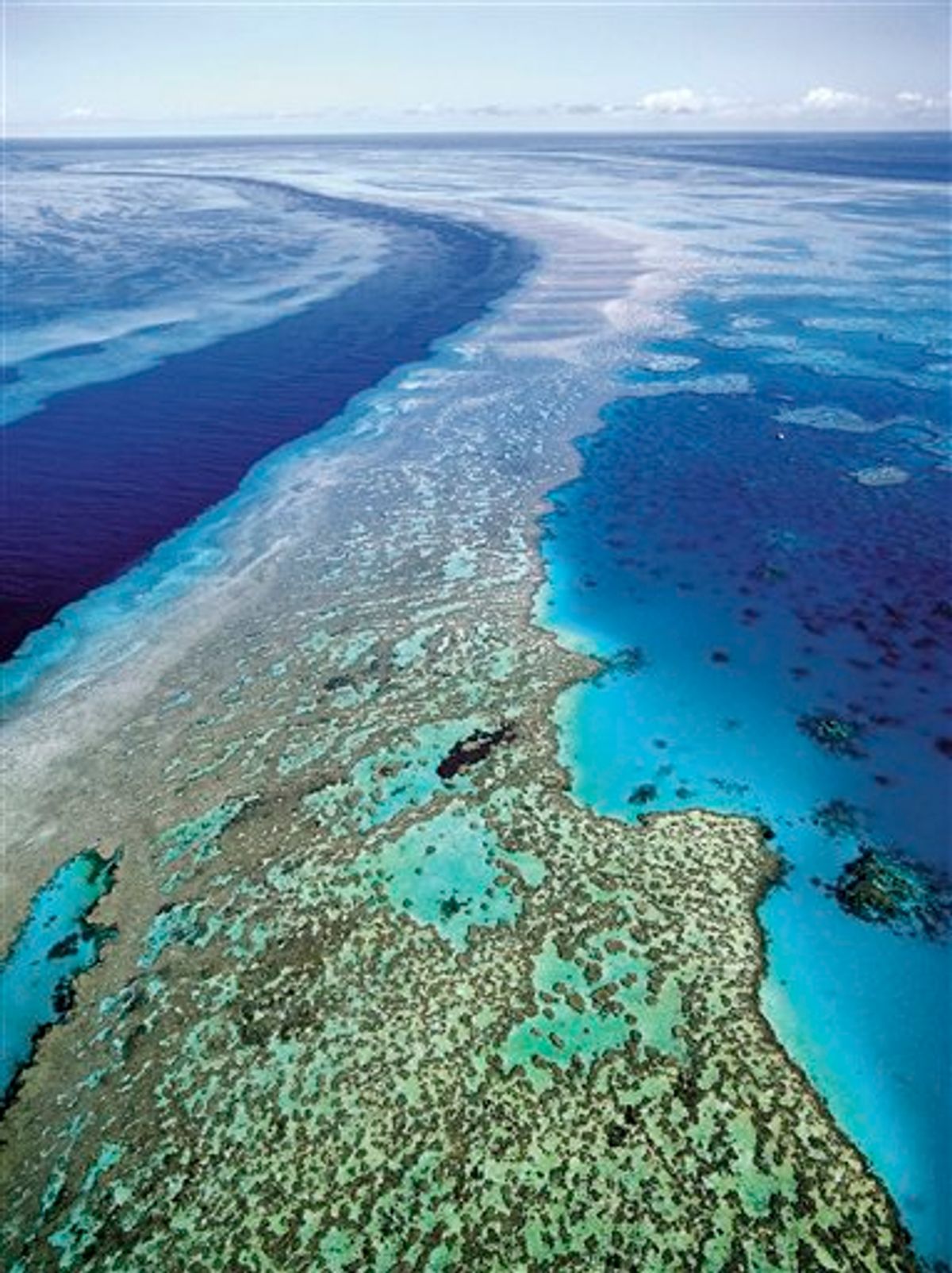 FILE - In this Sept. 2001 file photo provided by Queensland Tourism, the Great Barrier Reef off Australia's Queensland state is shown in an aerial view. Researchers said it is too early to know exactly how much of the reef has been affected by recent flooding, which carved a wide path of destruction on land before draining into the sea off the country's northeast coast. (AP Photo/Queensland Tourism, File) EDITORIAL USE ONLY (AP)
--

A report conducted and recently released by the World Resources Institute and over two dozen conservation and research groups, announced that unless changes are made, coral reefs across every ocean could be wiped out permanently.

The destruction is attributed to warmer water temperatures caused by global warming, ocean acidification, shipping, overfishing, coastal development, and agricultural runoff. Each of these factors damage coral reefswhich then turn white -- a stress response that causes them to show their skeletons. The report says by 2030 up to 90% of reefs will be threatened, with that number reaching 100% by 2050. Beyond the troubling environmental repercussions, experts say this will have negative effects on the economy as coastal communities depend on reefs as sources of food and tourist income.