Speaking publicly again today, Gadhafi tells his supporters to protect the country and its oil 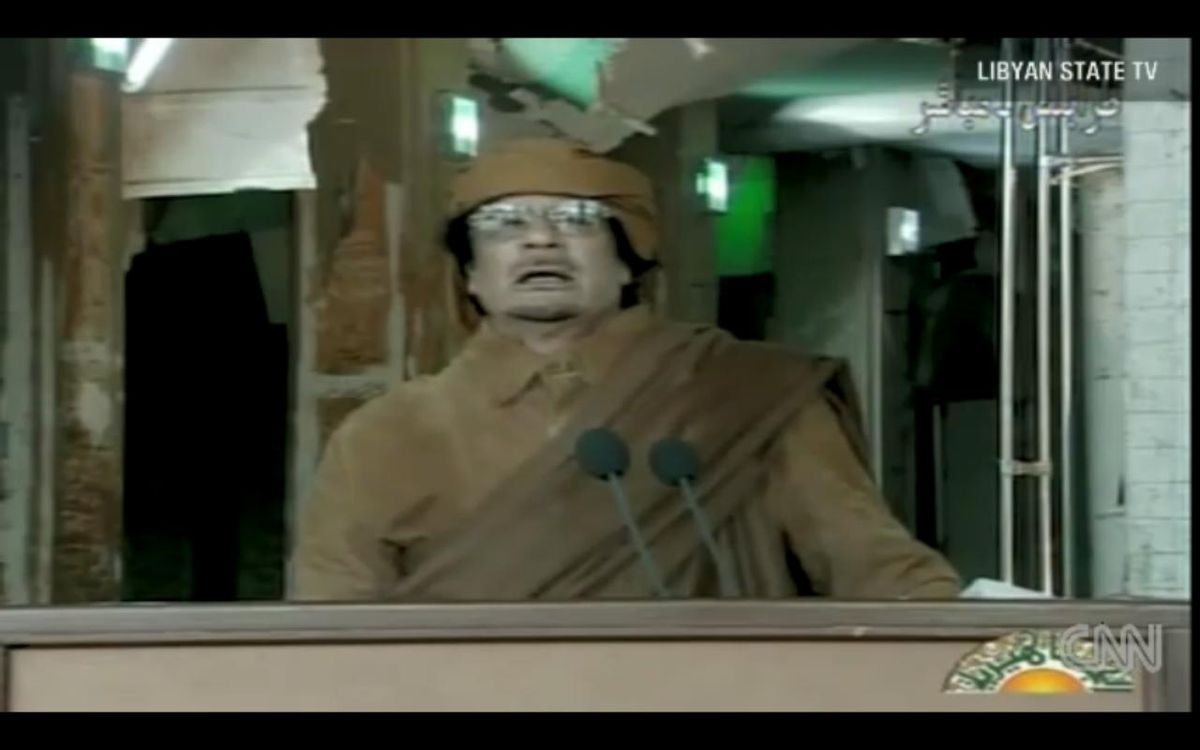 Libyan leader Moammar Gadhafi has told a crowd of his supporters massed in a central Tripoli Square to fight back against protesters and "defend the nation."

Gadhafi, wearing a fur cap and sunglasses, is speaking from the ramparts of the Red Castle, a historic fort, overlooking Green Square, where over 1,000 of his supporters were massed Friday evening, waving pictures of him and green flags. Anti-Gadhafi protests erupted during the day Friday, met by gunfire from pro-regime militia.