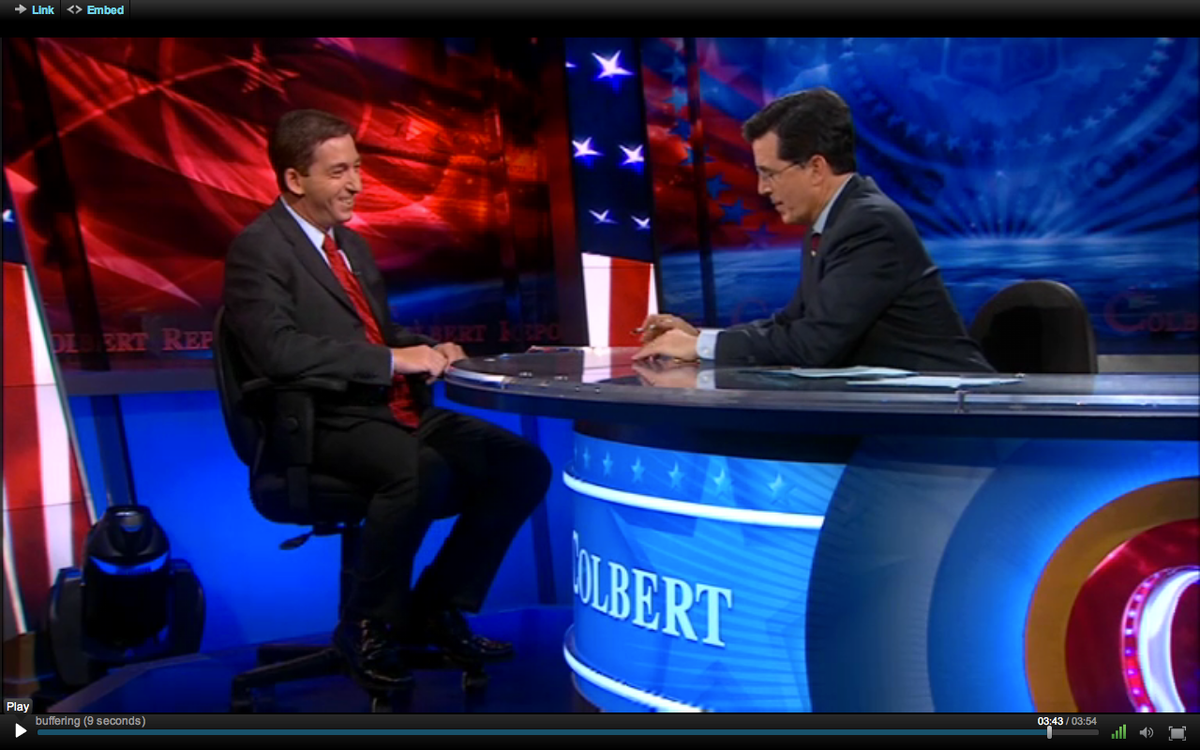 Anonymous recently revealed internal emails and documents from security firm HBGary that showed how it proposed targeting WikiLeaks and journalists, expecially Glenn Greenwald, on behalf of Bank of America.

Glenn appeared on the Colbert Report last night to explain the story.

UPDATE
You probably didn't notice it, but there appears to be an Anonymous easter egg in Colbert's interview with Glenn. During the interview, the Anonymous mask -- the same one used in "V is for Vendetta" -- flashes over Stephen Colbert's face. A YouTube user posted a slowed down version of the interview that shows clearly, kind of creepily Colbert as V. While it's fun to wonder if a member of Anonymous hacked "The Colbert Show", a rogue editor likely placed the image into the final version of the show.