Conservatives believed Obama set a 2012 trap for himself with healthcare reform. But the joke's on them 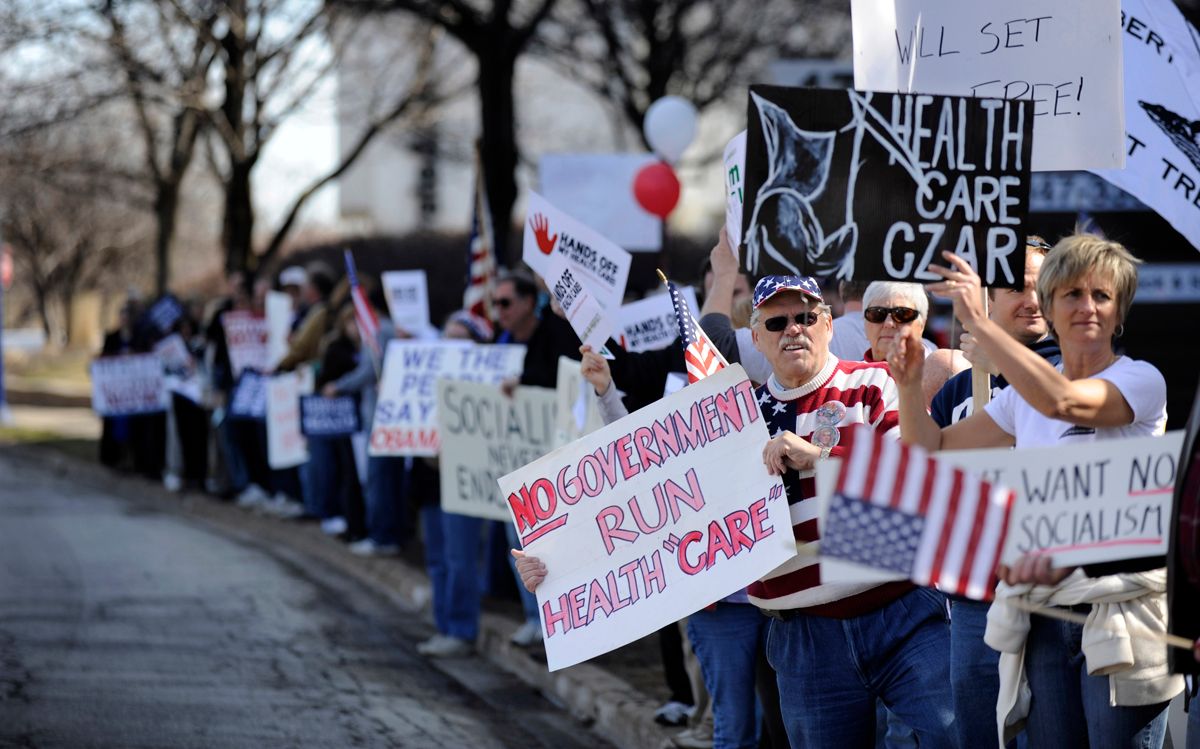 For Republicans, healthcare reform was supposed to be the gift that kept on giving. First, public anger over the new law would fuel a backlash against President Obama and his fellow Democrats in the 2010 midterms. Then, as the law was gradually implemented, voters would be continually reminded why they had so many doubts about it in the first place -- ensuring that the issue was prominent on their minds when it came time to pass judgment on Obama on 2012.

It was this logic that, for instance, led Philip Klein of the American Spectator to claim late last year that passage of healthcare reform would prevent Obama from replicating the comeback that Bill Clinton staged after his own midterm election drubbing in 1994:

Clinton was able to mount a political comeback by abandoning his ambitious liberal goals such as health care legislation, bringing up small symbolic issues as in school uniforms and successfully portraying House Republicans as extremists.

Yet while Clinton was willing to sacrifice his agenda for his short-term political benefit, Obama is an ideological liberal who is committed to imposing his policy vision on America regardless of its popularity. Unlike Clinton, Obama successfully passed his unpopular national health care plan, which will continue to disrupt the lives of individuals and businesses over the next two years.

This rationale looks a bit silly today, with a new poll from the Kaiser Family Foundation that more than one in five Americans are under the impression that healthcare reform has already been repealed -- and another quarter aren't sure if the law is in effect. In other words, a law that opponents billed as a sinister socialist plot that would fundamentally alter and disrupt Americans' daily lives has been in effect for months now -- and nearly half the country doesn't know it.

The best explanation of how this could be comes from Jonathan Bernstein. Basically, the numbers really shouldn't be surprising when you consider how disengaged most Americans are when it comes to politics and policy. This doesn't mean that the opposition to the new law -- which Kaiser finds is increasing slightly, mainly because of an uptick in opposition to it among elderly voters -- isn't real. It is. Some of it is probably from well-informed voters who have basic philosophical objections to the law. A lot of it is probably the result of partisan loyalty -- Republican voters taking their cues from the voices they listen to and trust. But very little of it (maybe none of it?) seems to be based on people's lives actually being disrupted by the new law.

Granted, much of the law has yet to be implemented, but given that Democrats specifically designed the program to prevent radical changes in the way Americans who are already insured receive their healthcare, it's hard to believe much will change between now and 2012. If most people don't feel the impact of the new law now, they probably still won't on Election Day two Novembers from now. Thus, it's likely that "ObamaCare" will continue to be poisonously unpopular with the GOP base (even if many of those Republicans don't actually know the status of the law); that's just the reaction conservatives are conditioned to have right now.

But outside the GOP base, the law itself is no real threat to Obama's 2012 standing. "ObamaCare" is something that -- if prompted -- voters might object to if there are other factors (like high economic anxiety) in place that make them inclined to view the president and his policies negatively. But it won't keep them from flocking to him if economic conditions are improving come 2012. Since they won't feel the law's impact (or won't necessarily make the connection to the new law even if they do feel an impact), the concept of "healthcare reform" will likely function in 2012 as a Rorschach test: Voters will see what they're in the mood to see.