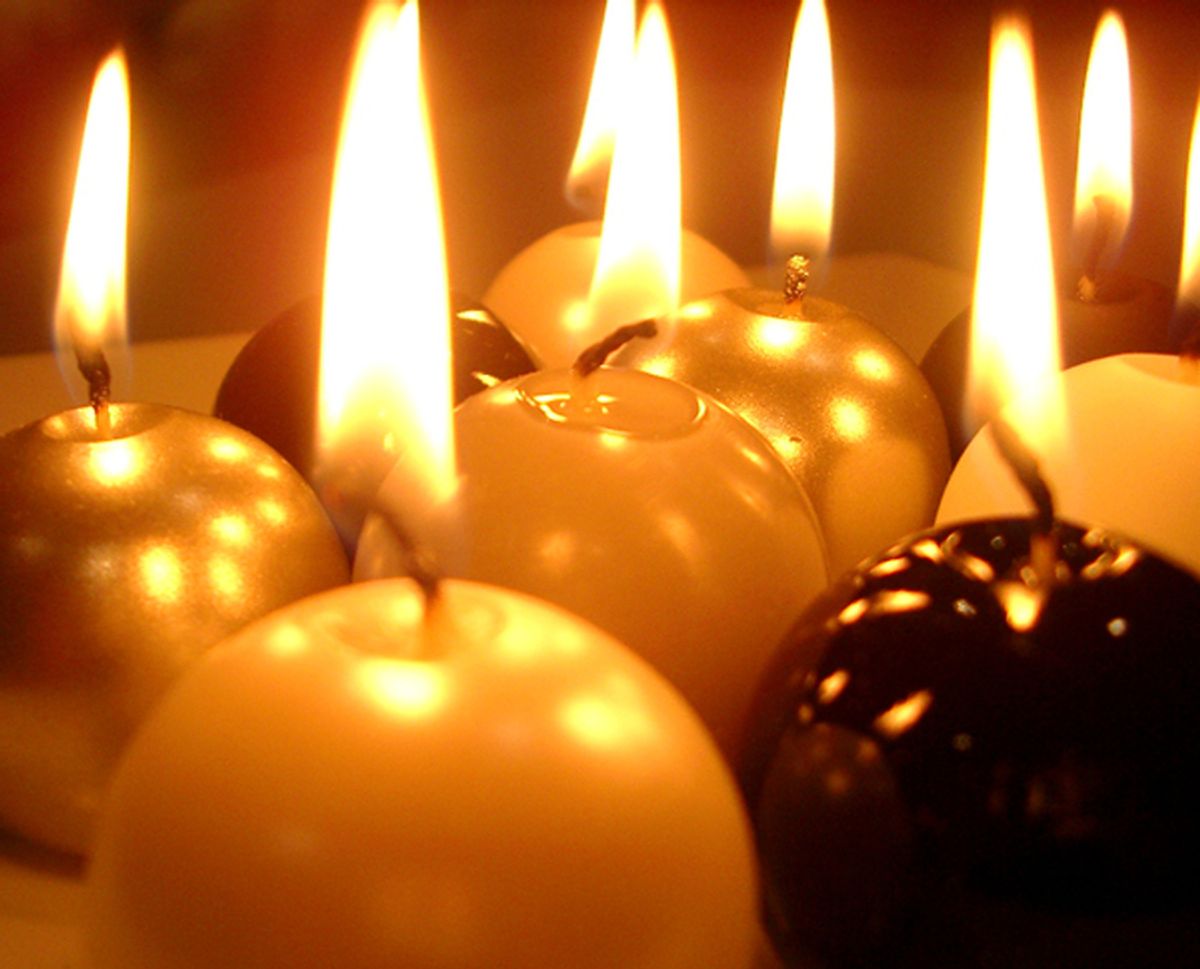 A 64-year-old woman died as the result of a Voodoo sex ritual gone wrong.
--

Candles ringing a bed in a voodoo ceremony that included sex ignited sheets and clothing strewn nearby and caused a fatal apartment fire last weekend, a city official said Friday.

The blaze started around 6:40 p.m. Sunday, when a woman visited a fourth-floor apartment in Brooklyn and paid a man $300 to perform a mystical ceremony that would bring her good luck, according to fire marshals with the Fire Department of New York.

The man was known in the neighborhood as a priest, and the two were either having sex, or had sex when the fire started from the candles on the floor, though it's not clear if it was part of the ceremony, said the official, who had direct knowledge of the case but spoke to The Associated Press on condition of anonymity because the investigation was ongoing.

Instead of calling 911, the man first tried to put out the fire himself using water from a bathroom sink. As smoke began to gather, one of the other apartment occupants opened a window and propped the hall door open in an attempt to dissipate the plume. But instead, wind gusts shot the flames back inside, creating "a blowtorch effect" that pushed the fire into the hallway, the FDNY said.

The occupants fled as the flames spread. Several 911 calls were made, but it's not clear if the man also phoned. The blaze engulfed the fourth, fifth and sixth floors, causing the floor and part of the roof to collapse. It took nearly 200 firefighters about seven hours to bring the five-alarm blaze under control.

One resident, 64-year-old Mary Feagin, was found dead. Her cause of death has not yet been determined and was pending further study, the medical examiner's office said Friday.

Eleven residents and 20 firefighters were injured, and nearly 50 families were left without a home.

The FDNY is also reviewing a dispatching error that delayed getting water on the fire. One of the engines that had been sent to the fire was already at another emergency. The Uniformed Firefighters Association blamed the delay on recent firefighter staff reductions, though Mayor Michael Bloomberg said it had nothing to do with staffing.

Voodoo is religion, practiced primarily in Haiti and parts of Africa. It's not believed the ceremony that led to the blaze was an official rite, but rather a homegrown practice.