After asking for peace, the renegade hacker group launched its first attack on the infamous Christian group 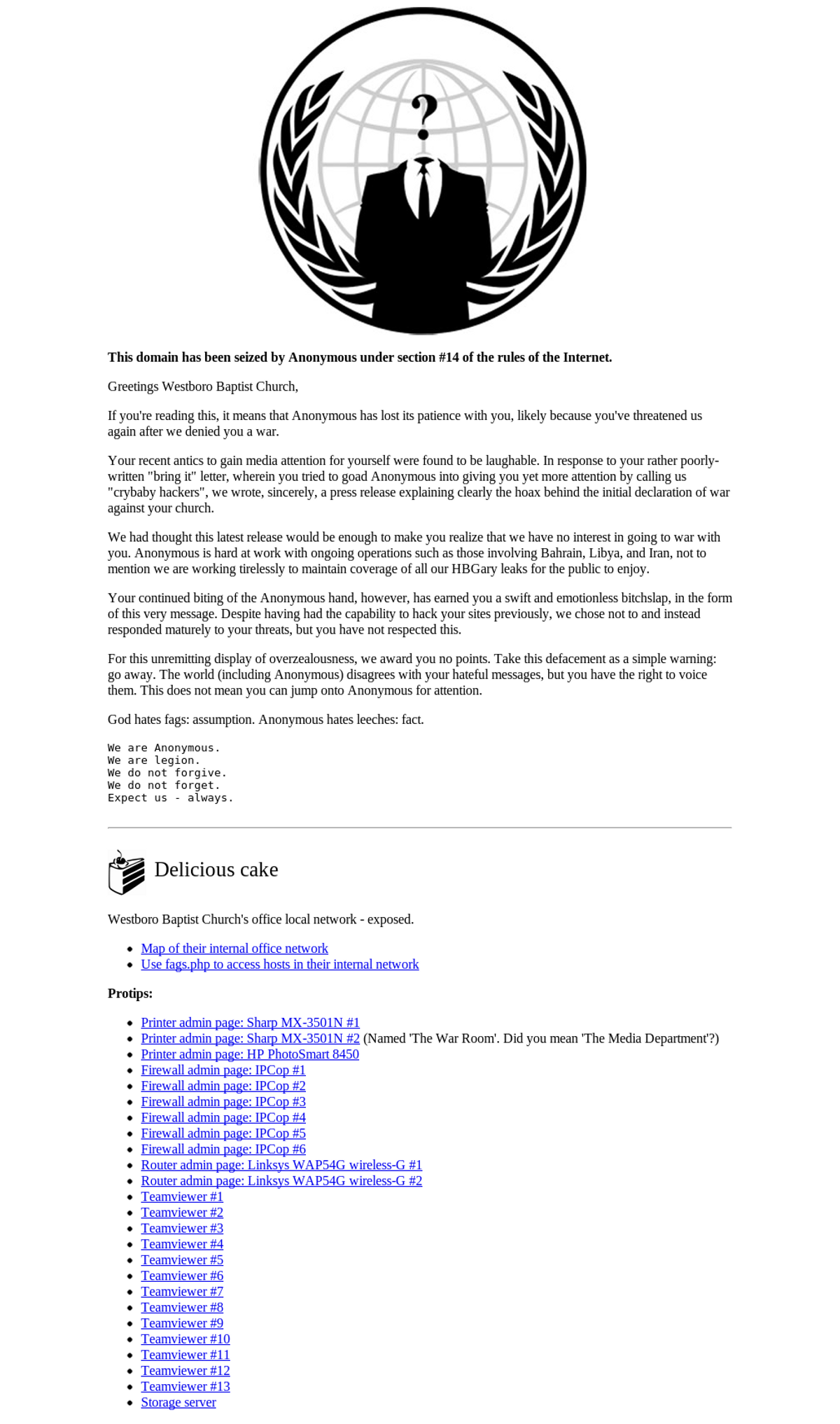 A warning notice issued by Anonymous to the Westboro Baptist Church
--

Less than a week ago, a rumor spread that the vigilante hacker organization Anonymous had declared war on the Westboro Baptist Church. Though quickly dismissed as a hoax, the headline-grabbing possibility spread through the media faster than an offensive Kanye West tweet. Given the clandestine nature of Anonymous -- as the name implies, all of the member of the group are, in fact, anonymous -- the truth proved elusive. Regardless, the Westboro Baptist Church started a smear campaign against Anonymous and insisted that their message could not be silenced. In the words of WBC: "Bring it."

Hoping to clear the air, radio talk show host David Pakman invited Shirley Phelps-Roper, spokesperson from the Westboro Baptist Church, and an (anonymous) member of Anonymous onto his show for a live web chat. Pakman moderated the conversation, and the banter started out almost cordial. However despite Anonymous' continued denial of a war or plans of an attack, Phelps-Roper persistently insulted the group and its representative. After Phelps-Roper tells the Anonymous representative he's going to Hell, Anonymous says, "I have a surprise for you."

Anonymous unleashed an attack during the insults and directed the audience towards downloads.westborobaptistchurch.com with a notice from Anonymous: Watch the full interview here. The attack happens around the 9:00 mark:

At the time of publishing this post, all of the Westboro Baptist Church's various sites -- including godhatesfags.com -- were inaccessible.