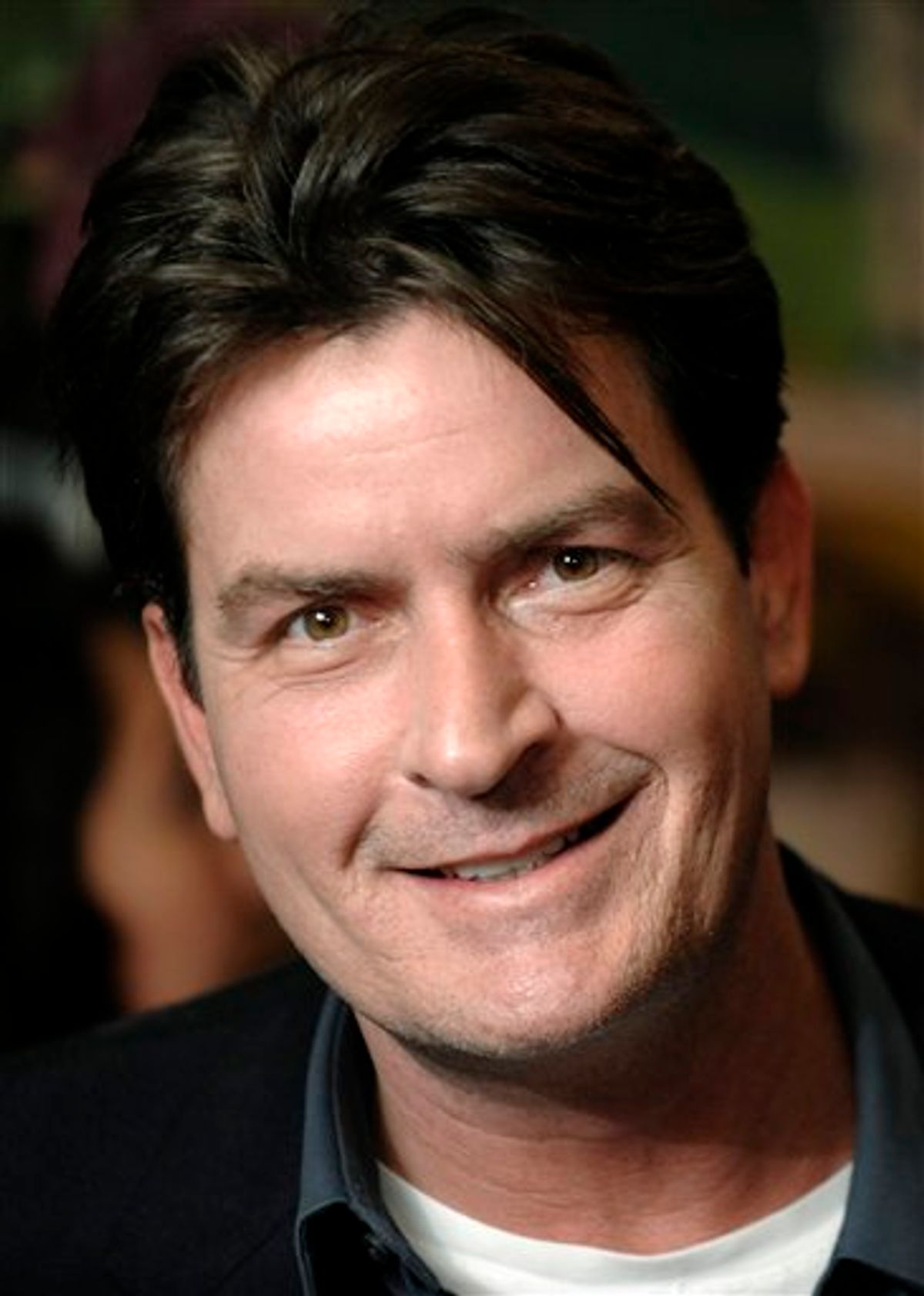 Did it surprise anyone else how articulate -- if self-aggrandizing, paranoid, anti-semitic and unabashedly insane -- Charlie Sheen sounded in all of his recent media incursions? As the erstwhile sitcom star waxed poetic about his harem of "goddesses" and nefarious "Vatican assassin warlocks," we couldn't help but seeing shades of Frank T.J. Mackey, the bombastic misogynist and self-help guru portrayed by Tom Cruise in "Magnolia." Like Sheen, that character used lofty, pedantic language to construct a defiant, larger-than-life persona and mask a roiling sea of inner anguish. (Neither were very good at it.) And Mackey was an author, so anyone and everyone could quickly reference exactly which parcels of prose were most demented. If only Sheen would follow suit and write his own book.

Lucky for us, it looks like he will. Sheen has told TMZ that he plans to pen a "tell-all" memoir about his eight years at "Two and a Half Men." The title of the book: "When the Laughter Stopped." And the price tag Sheen is attaching to the tome? A cool $10 million.