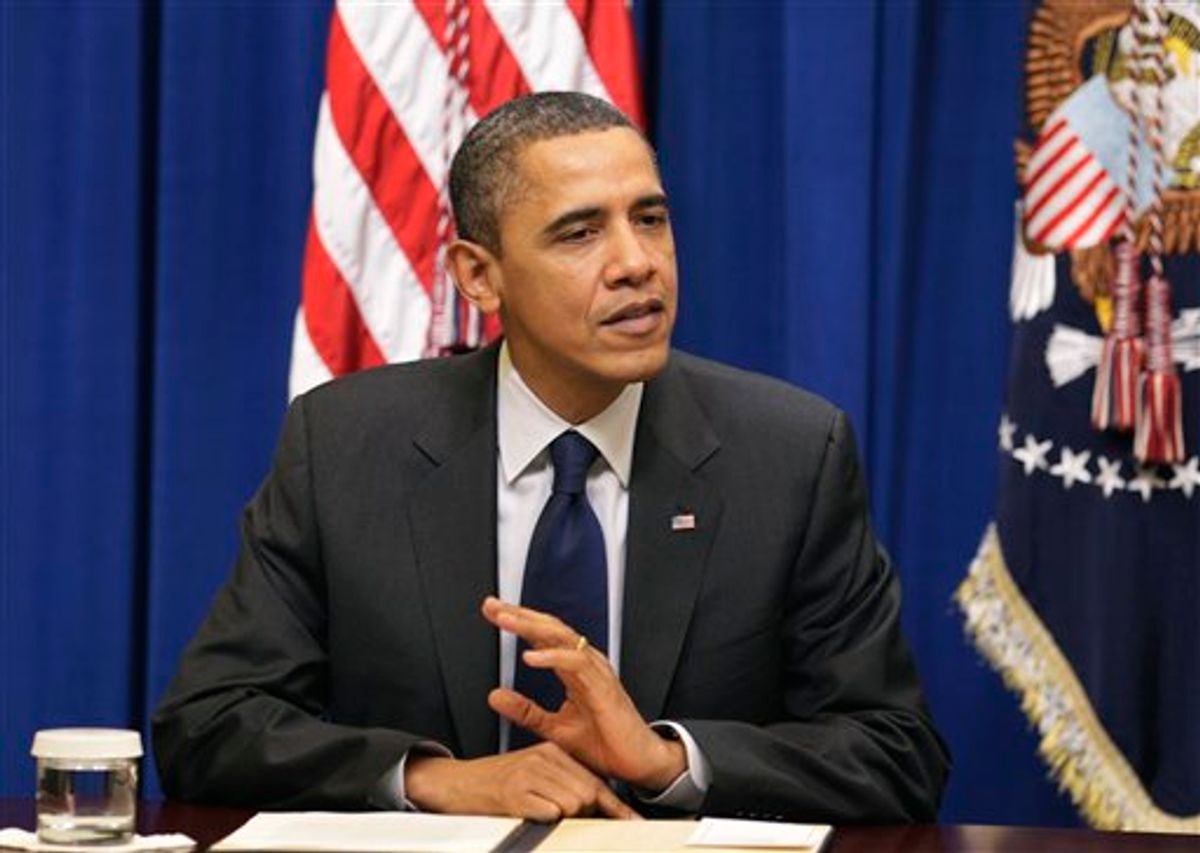 The current budget expires next Friday. That means lawmakers must OK a new spending plan before the March 4 deadline to keep much of the government from running out of money and closing. The Republican-run House and Democratic-controlled Senate are bickering over how much to cut.

"For the sake of our people and our economy, we cannot allow gridlock to prevail," Obama said Saturday in his weekly radio and Internet address. "I urge and expect them to find common ground so we can accelerate, not impede, economic growth."

House Republicans have proposed $4 billion in cuts as part of legislation to keep the government functioning through March 18, and they have urged Senate Democrats to accept that approach to avoid closing it down.

Democrats want a short-term extension at current spending levels so the parties can negotiate over how deeply to cut expenditures and begin chipping away at the deficit and the trillions of dollars in accumulated debt.

But House Speaker John Boehner, R-Ohio, insists that a short-term bill without spending cuts is unacceptable.

Democrats have also rejected as draconian a bill the House passed last week to fund government operations through Sept. 30, the end of the budget year, while slashing spending by $61 billion. Obama has threatened to veto that bill.

Both sides have sought to blame the other pre-emptively as the first government shutdown since 1996 looms.

In the weekly Republican message, freshman Sen. Rob Portman criticized Obama's 2012 budget plan for proposing no changes to entitlement programs, such as Medicare and Medicaid, which are huge contributors to overall government spending.

A former White House budget director, Portman, R-Ohio, urged Congress to make the "tough choices all Americans know are necessary to get our fiscal house in order and strengthen our economy."

"Our goal as Republicans is to make sensible reductions in this spending and create a better environment for job growth, not to shut down the government," he said. "Getting our debt and deficits under control is the first step we can take, and the single most important step Washington can take, to get our economy moving and create the jobs we so badly need."