Gingrich says Obama's DOMA snub could be an impeachable offense 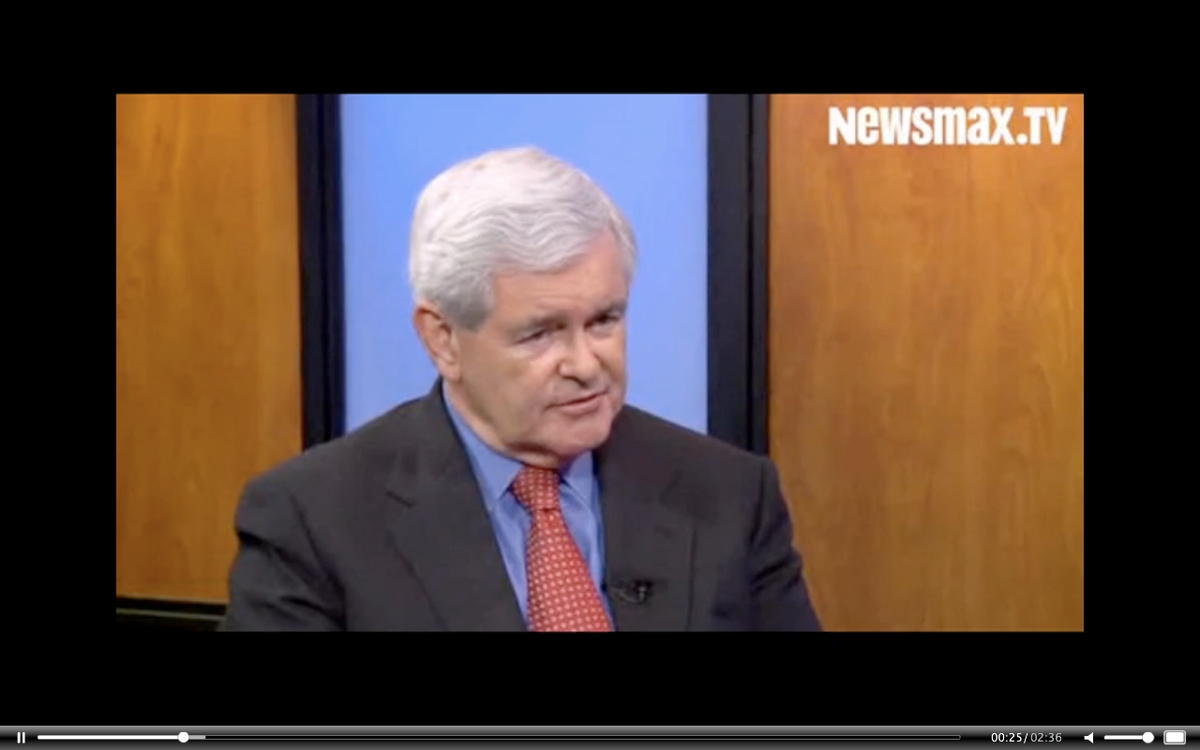 Newt Gingrich said in an interview with conservative website Newsmax that he believes President Obama's decision to stop enforcing the Defense of Marriage Act is a potentially impeachable offense. The former Speaker of the House -- and presumptive candidate for president -- stopped short of saying congressional Republicans should call for articles of impeachment against Obama. He did say, however, that if a hypothetical President Sarah Palin similarly rejected congressional legislation, she would be crucified by the left.