2011 Academy Awards: Highlights from the show 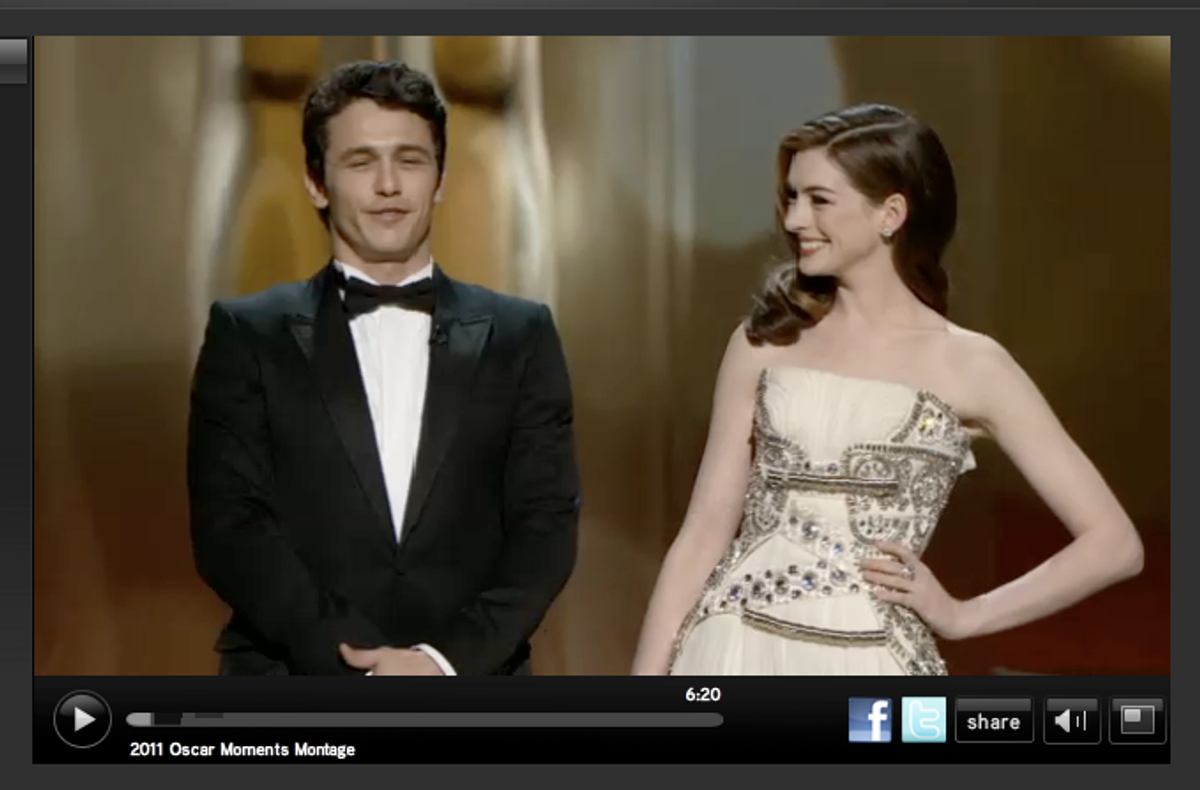 This year's Academy Awards have come and gone. Last night's 3.5-hour broadcast managed to provide plenty of water-cooler fodder -- whether it be in the form of heartwarming victories, cringe-inducing gaffes or that head-scratching "Auto-tune the Oscars" thing. We've collected some of the more memorable videos from the ceremony below:

Some of the top moments according to Oscar.com.

Most hosts take the first few minutes of the show to run through the memorable films and performances from the past year, dishing out a stream of one-liners as they go. Not James Franco and Anne Hathaway, though. Instead, they became memorable moments.

The 94-year-old Hollywood legend gave an endearing performance as he presented the Oscar to Melissa Leo, hamming it up and dragging out the reveal.

When Charles Ferguson went up to accept an Oscar for his searing portrayal of corporate malfeasance, he also made the most overtly political statement of the night, lamenting the fact that none of the bankers responsible for the financial crash have been sent to jail.

Celine Dion sang the song "Smile" during the montage of film notables who passed away this past year. Among those featured were Tony Curtis, Gloria Stuart, Leslie Nielsen and Dennis Hopper. Afterward, Halle Berry led an extended tribute to actress, singer and civil rights activist Lena Horne.

Immediately before Steven Spielberg presented the night's big prize, viewers were presented an extended montage showing bits and pieces from all 10 nominated movies. The kicker? The climactic address from Oscar-winner "The King's Speech" was played underneath the visuals throughout.

So, in the end, "The King's Speech," long held as the favorite to walk away with the gold, became the first film primarily about the British royal family ever to win best picture. And then the fifth-graders from P.S. 122 in Staten Island closed the show with their rendition of "Somewhere Over the Rainbow."