Govt. shutdown odds: Going back up

An agreement keep the government open past Friday seems likely. Then comes the hard part 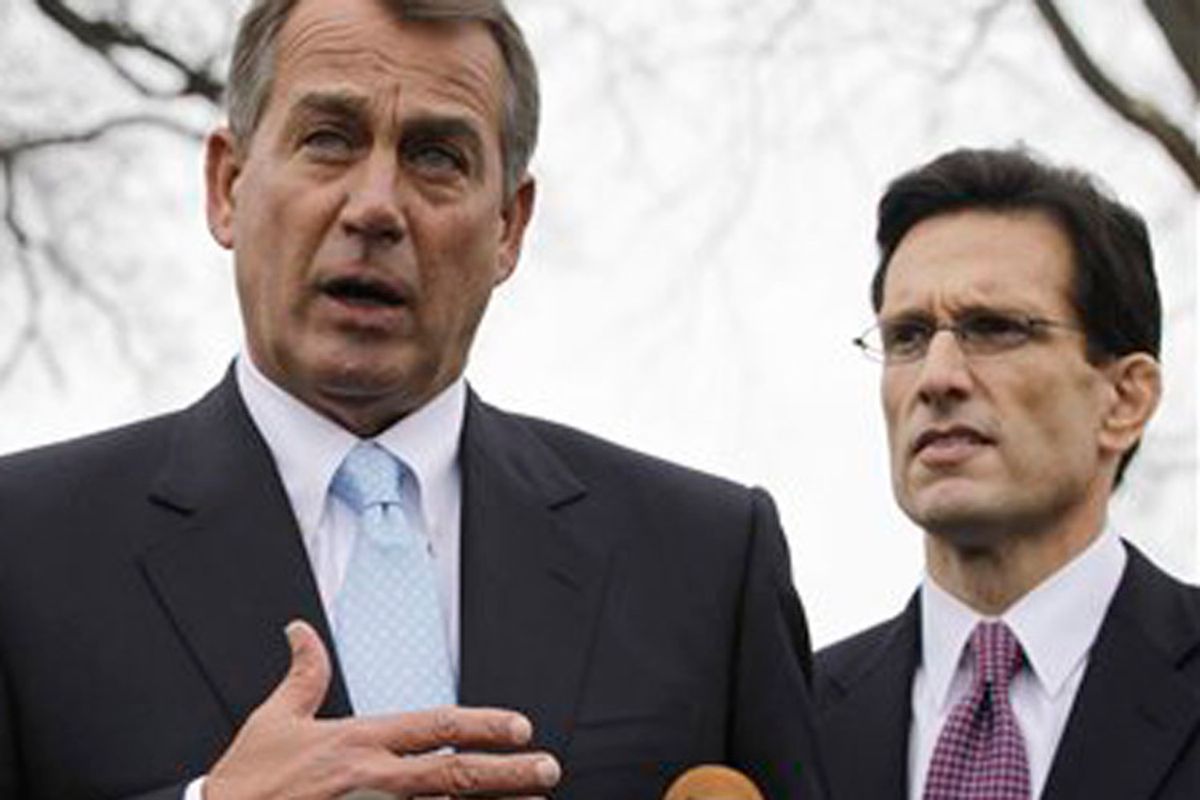 As I noted on Friday, the "stop-gap" plan offered by the House GOP leadership to keep the government running for another two weeks after a key March 4 deadline stripped out all the most controversial spending cuts from the bill, and focused specifically on areas the Obama administration had already signalled it was willing to trim. But that's the easy stuff. What happens when the next deadline, presumably March 18, approaches?

Ezra Klein points out that the pace of cutting, if extended for the rest of the fiscal year, matches the Republican goal of paring $61 million from the budget. So no real compromise there, yet. And to get to that point will require overcoming resistance from Senate Democrats who believe that it is risky to cut too deeply while the economy is still fragile. Meanwhile, the question of whether Republicans will stick to their guns on the more explosive cuts still remains.

According to Rep. Chris Van Hollen, D-Md., the ranking Democrat on the House Budget Committee, the real battle is still waiting in the wings.

But [Hollen] said riders in the longer-term CR that create "social policy" such as defunding of Planned Parenthood and Obama's health care reform are non-starters for Democrats....

"I think those items which are social engineering under the guise of fiscal policy are going to be unacceptable on the Senate side and certainly the great majority of Democrats voted against those provisions in the House," Van Hollen said.

Another point potentially worth considering: Every temporary extension of the current government spending authority moves us closer to the point where a vote to extend the debt ceiling -- which authorizes the government to borrow -- becomes necessary. So a compromise now doesn't tell us all that much about the shape of the future.