Charlie Sheen sits down for bizarre interviews with ABC, NBC

I am on a drug. It's called Charlie Sheen. It's not available because if you try it once, you will die. 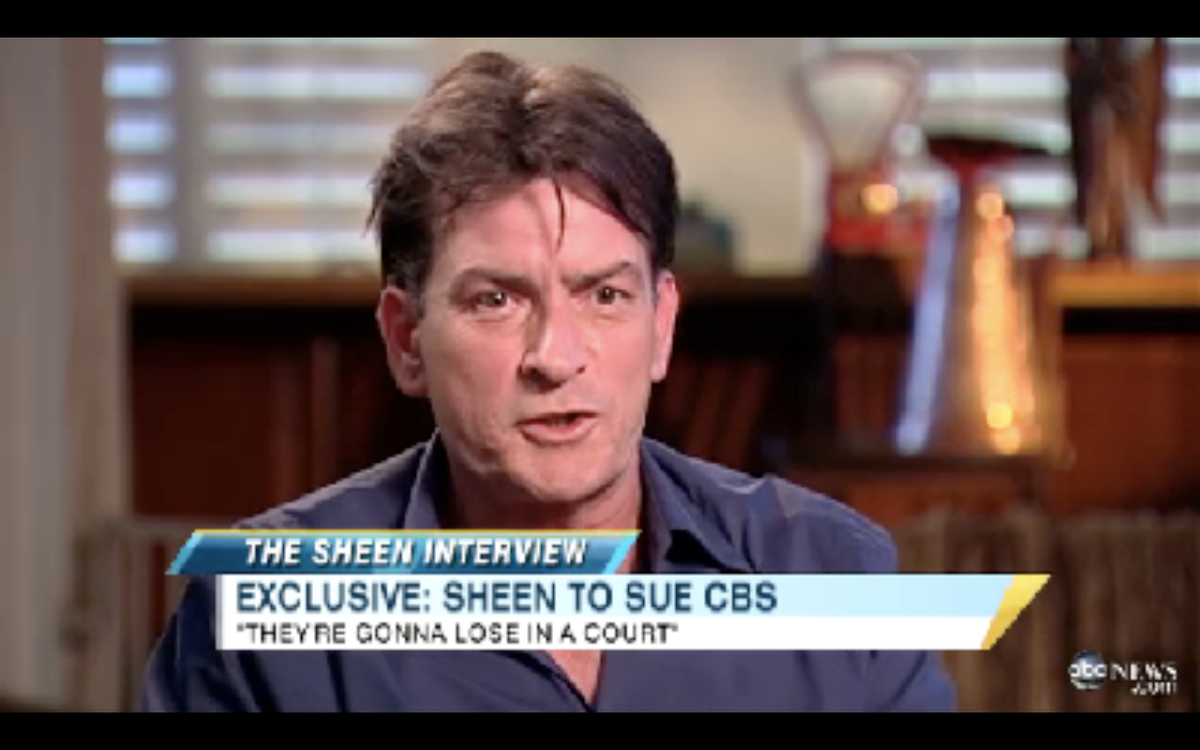 Charlie Sheen did the rounds this weekend, sitting down for interviews with ABC and NBC -- while notably skipping over CBS -- to clear the air about what many think is a bizarre, high-profile meltdown.

And, if you weren't already looking forward to his interview with "20/20" tomorrow night, here's some extra incentive. ABC revealed big chunks of the actor's conversation with Andrea Canning, in which he spoke extensively about his alleged violent streak, his relationship with CBS, and even drug use.

Yeah. I am on a drug. It’s called Charlie Sheen. It’s not available because if you try it once, you will die. Your face will melt off and your children will weep over your exploded body. Too much?

Sheen also sat down with NBC's Jeff Rossen for an interview aired on the "Today" show. In it, he demanded a raise for his continued work on "Two and a Half Men."