According to an interview with the ABC reporter, Gadhafi thinks his people "love" and "would die for" him 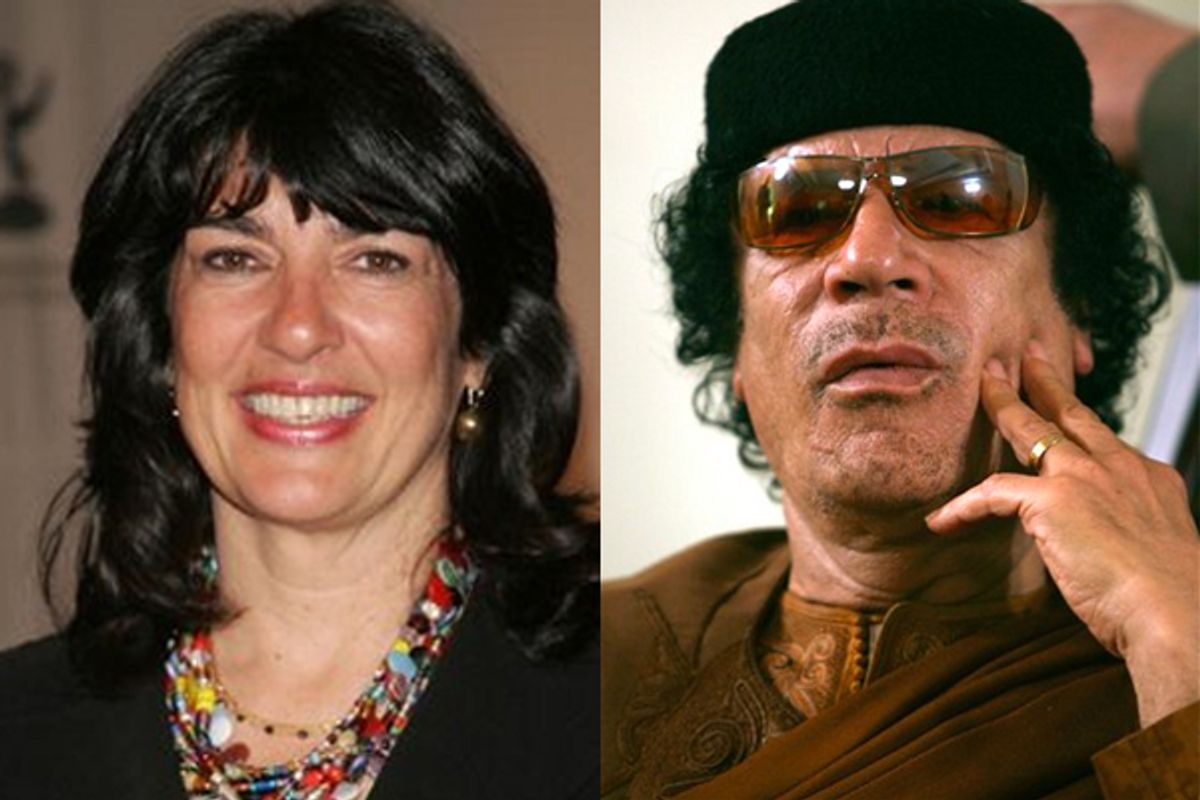 After vowing to hang up her flak jacket a few months ago, Christiane Amanpour is scooping up exclusive interviews in the Middle East this year. This afternoon, the ABC News reporter talked to Moammar Gadhafi in Tripoli -- she's the first U.S. reporter to talk to the dictator since the beginning of the unrest.

Gadhafi denied basically everything about the protests and lambasted the United States for its lack of support. After claiming that no demonstrations had taken place in Tripoli, Gadhafi blamed al-Qaida for the reported violence. According to Amanpour's blog post:

"I'm surprised that we have an alliance with the west to fight al Qaeda, and now that we are fighting terrorists they have abandoned us," [Gadhafi] said. "Perhaps they want to occupy Libya."

Gadhafi called President Obama a "good man" but said that he might have been given "misinformation."

Asked about the reaction from his people, Gadhafi seemed quite confident that they still favored him.

"My people love me. They would die for me."