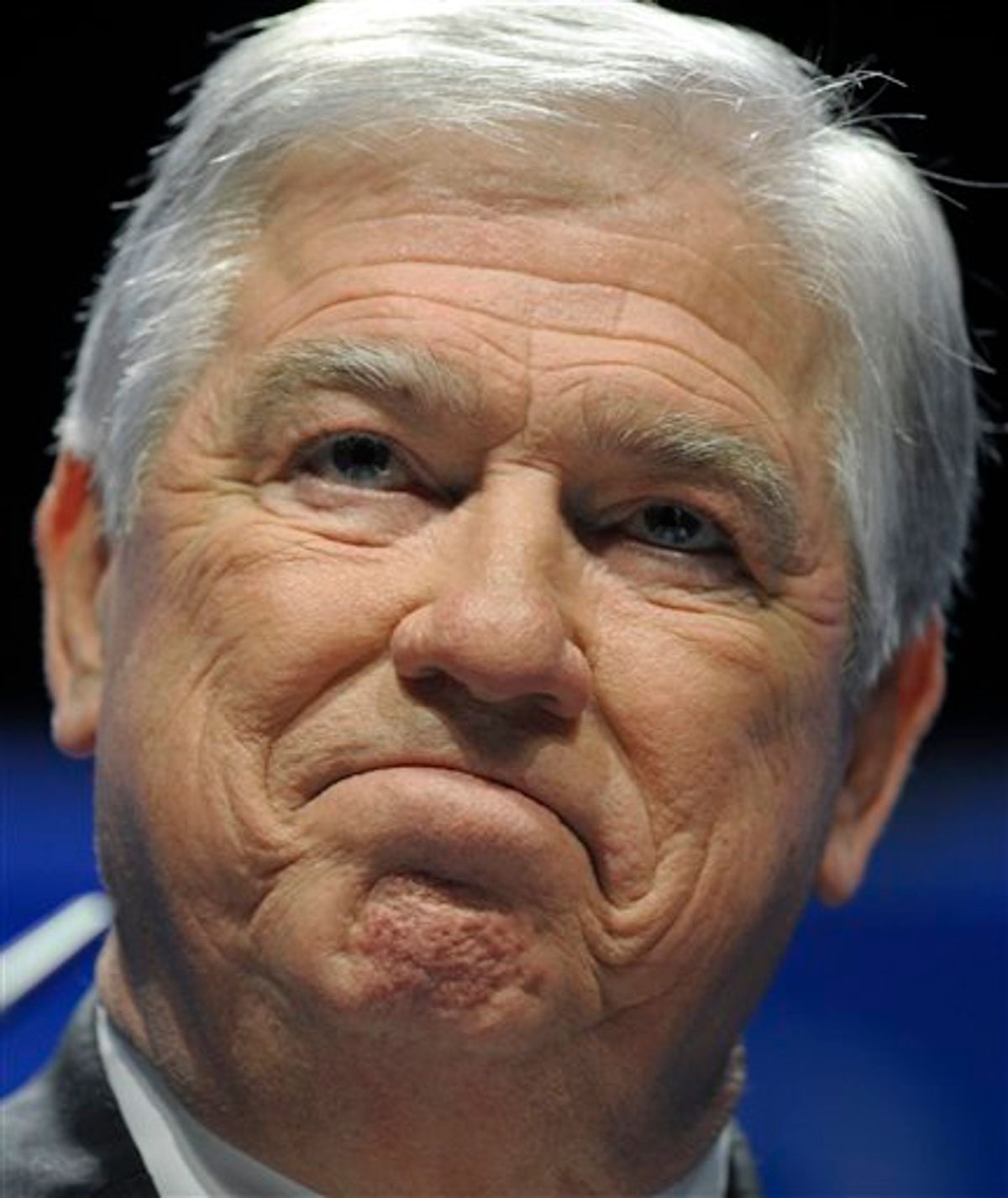 Did Haley Barbour misremember an episode in which he claimed to have seen Martin Luther King speak in Yazoo City, Mississippi, in 1962? A growing body of evidence is pointing in that direction.

The controversy centers on comments made by Barbour, the Mississippi governor and likely presidential candidate, to a Weekly Standard writer last year. The resulting profile already landed Barbour in trouble because he lauded the racist White Citizens Council of his hometown as a force for good.

Now, the Clarion-Ledger is spotlighting a separate part of the profile, in which Barbour claims he saw Martin Luther King speak in town in 1962, with both whites and blacks in attendance. The newspaper has done searches of various archives and found no evidence that King came to Yazoo City in 1962.

Here's what Barbour told the Standard:

"I remember Martin Luther King came to town, in ’62. He spoke out at the old fairground and it was full of people, black and white."

I asked what King had said that day.

"I don’t really remember. The truth is, we couldn’t hear very well. We were sort of out there on the periphery. We just sat on our cars, watching the girls, talking, doing what boys do. We paid more attention to the girls than to King."

King did appear in Yazoo City in 1966 -- in the wake of the killing shooting* of civil rights activist James Meredith -- but that was a year after Barbour graduated high school, and four years after Barbour said he saw King.

A search of the King Papers at the Martin Luther King Jr. Research and Education Institute and the papers of David Garrow, author of the definitive biography on King, Bearing the Cross, failed to find evidence King spoke in Yazoo City in 1962.

The paper couldn't find anyone who remembered a King visit in '62.

I also spoke with Garrow, who is the author of the definitive King biography, "Bearing the Cross." Garrow pointed out that King was in the Mississippi Delta region in February 1962, and he stopped at several towns. However, Garrow's papers do not indicate that Yazoo City was one of the stops.

This is hardly the first time the governor has been accused of getting his civil rights history wrong. One of his childhood friends, for example, told me last year that Yazoo City was riven by racial tensions in the 1950s and 60s, despite Barbour's rosy memories of that era. Meanwhile, Barbour managed to get his name next to "KKK" in newspaper headlines around the country this month after he refused to condemn a proposed Mississippi license plate honoring a founder of the Klan.

The overriding question remains: Will Barbour's series of missteps on matters of race hurt him in a GOP primary?

* CORRECTION: Meredith was shot but not killed in 1966