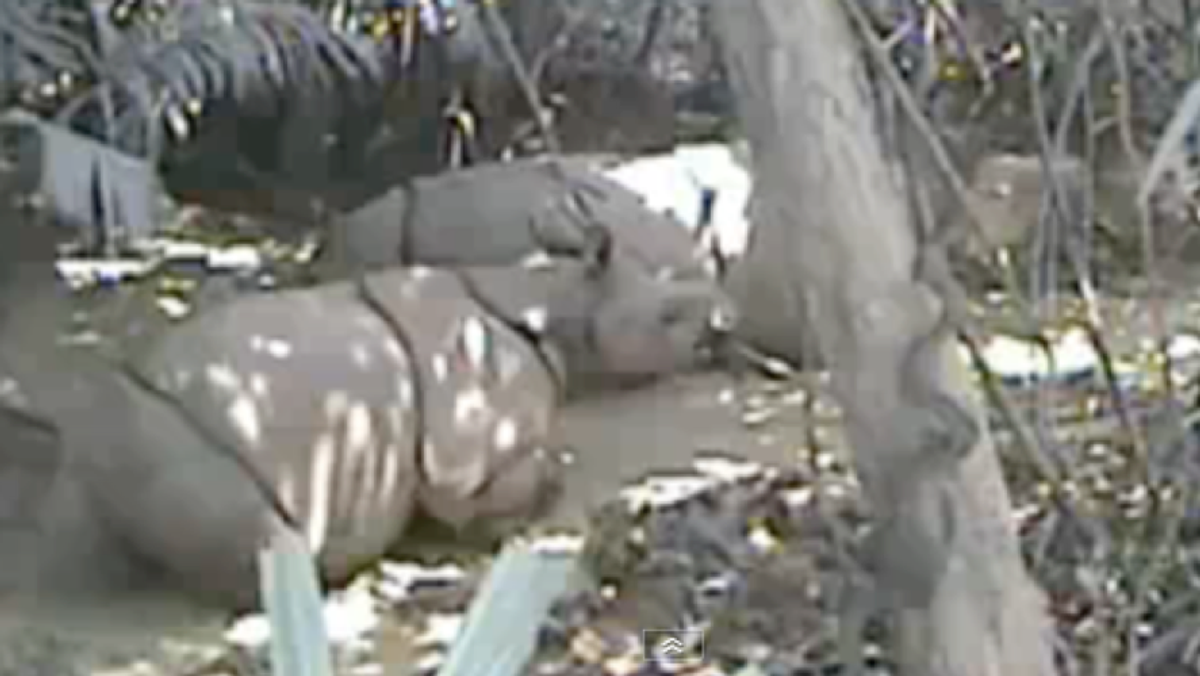 Four of the world's most rare rhinoceroses were captured by camera traps installed in an Indonesian national park, an environmental group said Monday.

Javan rhinos are one of the world's most endangered species with an estimated population of no more than 50 in Ujung Kulon. A few others live in Vietnam's Cat Tien National Park.

"This is good news to ensure that the population is viable," said Adhi Hariyadi, WWF project leader in the park.

The first "video trap" footage recorded in November showed a mother and calf, identified later as a male, walking steadily toward the camera. Several more videos of the family were obtained later.

In December, another 30-second video showed a larger calf with its mother. It was later identified as a female about a year old.

The national park's chief, Agus Priambudi, said the footage provided substantial information about population dynamics of Javan rhinos as well as feedback about survey and monitoring system of the survival of endangered species.

After identifying 14 rhino births within the last 10 years using camera and video traps, the Javan rhino study will now focus on the animal's habits, distribution, genetic diversity, diet and nutrition, as well as pathology and cause of stress, WWF-Indonesia said.

"This female calf documentation is a breath of fresh air for us -- and Javan rhino conservation in general -- since majority of calves we identified previously was male," said Hariyadi.

Rhino numbers in Indonesia over the past 50 years have been decimated by rampant poaching for horns used in traditional Chinese medicines and destruction of forests by farmers, illegal loggers and palm oil plantation companies.

Last year, three Javan rhinos were found dead within the 297,881-acre (120,551-hectare) park, and one of them was suspected to be the victim of poachers.

Check out some footage of the Java rhino: