Italy's Berlusconi back on trial for tax fraud 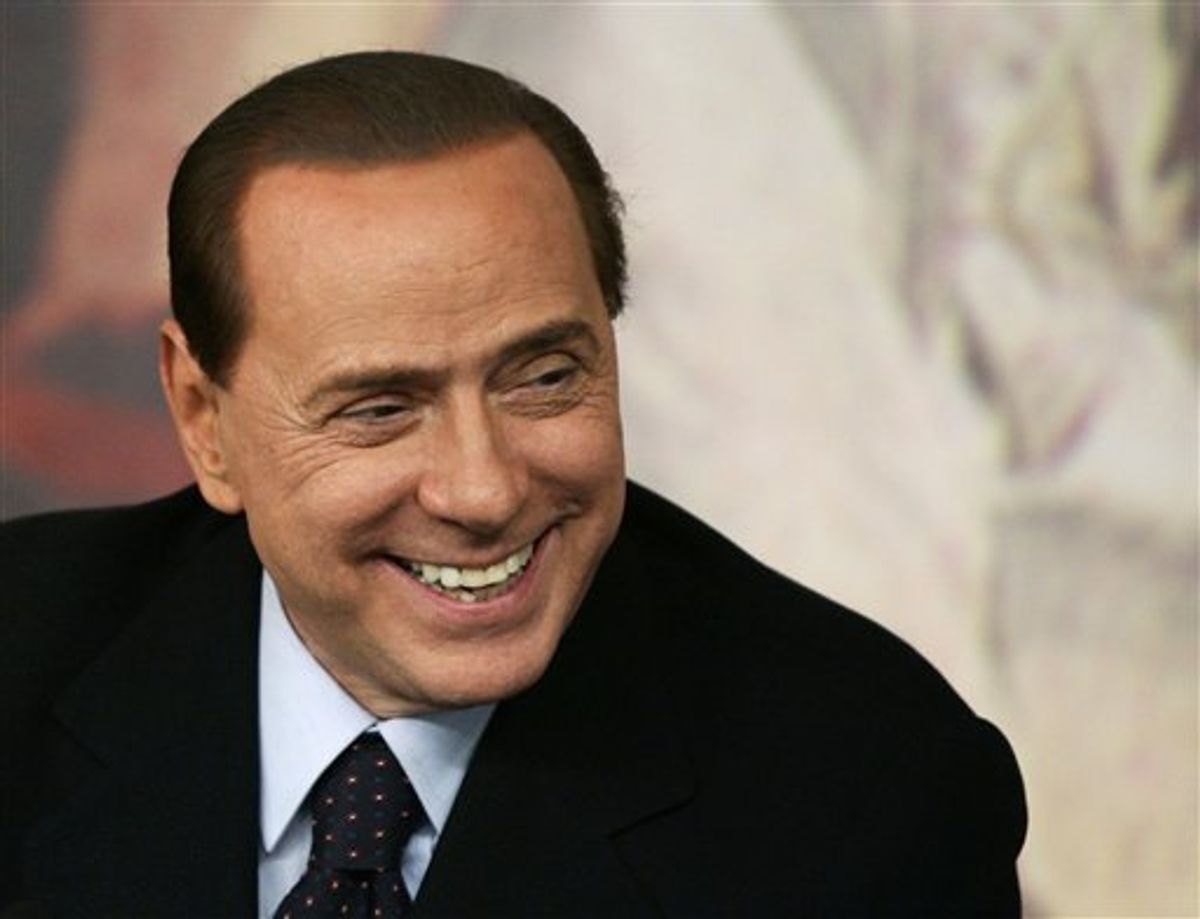 Italian Premier Silvio Berlusconi smiles during a press conference at Chigi Premier's palace, in Rome, Wednesday, Feb. 16, 2011. Berlusconi says he is not worried by an impending prostitution trial, in his first public comments since he was indicted. The 74-year-old Italian leader was ordered Tuesday to stand trial on charges he paid a 17-year-old Moroccan girl for sex, and then used his influence to cover it up. (AP Photo/Riccardo De Luca) (AP)
--

Premier Silvio Berlusconi went back on trial Monday for alleged tax fraud, the first of several court cases to resume after Italy's Constitutional Court watered down an immunity bill sparing the premier from trial.

Berlusconi, who wasn't in court Monday, has denied the allegations.

The trial was suspended last year after parliament passed legislation allowing the premier and other government officials to postpone ongoing trials for six months, renewable for up to a total of 18 months, if the defendant has a "legitimate impediment" stemming from being an elected official.

Italy's Constitutional Court weakened the legislation last month, rejecting the automatic and enduring shield from trial the law provided. The court gave judges the power to verify each time the claim to a "legitimate impediment" is made and decide whether the defendant should be exempt from trial.

On Monday, Berlusconi's lawyers didn't claim a legitimate impediment. The next hearing was set for April 11, when Berlusconi probably will appear, attorney Niccolo Ghedini said, according to LaPresse news agency.

On April 6, Berlusconi is set to go on trial on charges he paid for sex with a 17-year-old girl then tried to cover it up -- the latest indictment to be handed down against the Italian premier and the first that touches on his personal life, not his business interests.

Two other court cases against Berlusconi are to resume in the coming weeks: one, a corruption case in which Berlusconi is accused of ordering the payment of $600,000 in 1997 to a British lawyer, and a case still in its preliminary stages that is an offshoot of the Mediaset trial.

Berlusconi, a 74-year-old media mogul-turned politician, contends he has been the victim of left-leaning prosecutors intent on forcing him from office. In past cases, he has either been acquitted or cleared of the charges because the statute of limitations expired. He has always maintained his innocence.

On Monday, his lawyers said the four cases in Milan were without precedent for a premier, but that Berlusconi would nevertheless emerge victorious, news reports said.