A parodic movie trailer featuring George W. Bush in the role of the stuttering leader? Hilarious 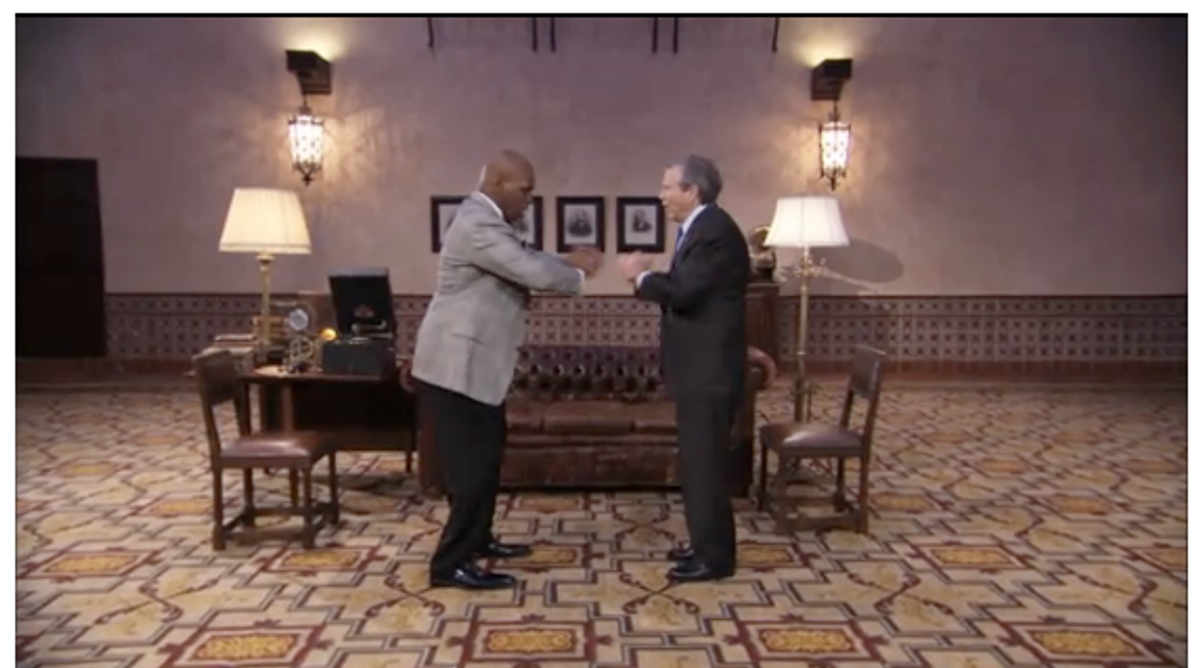 Jimmy Kimmel was all over Best Picture winner "The King's Speech" during his show last night. The ABC late night host unveiled a spoof of the film, presented as a trailer for a new, Americanized version of the Oscar champion. It was titled, "The President's Speech," and featured former President George W. Bush and boxer Mike Tyson.

There isn't much that this send-up doesn't have. The 43rd President of the United States struggles to utter a coherent sentence during interviews and speeches, and brings in the "stupendously loquacious" former boxing champ -- who paints oil portraits of unicorns in his free time -- to clear up his vocal disability. This movie is not yet rated, but totally awesome.