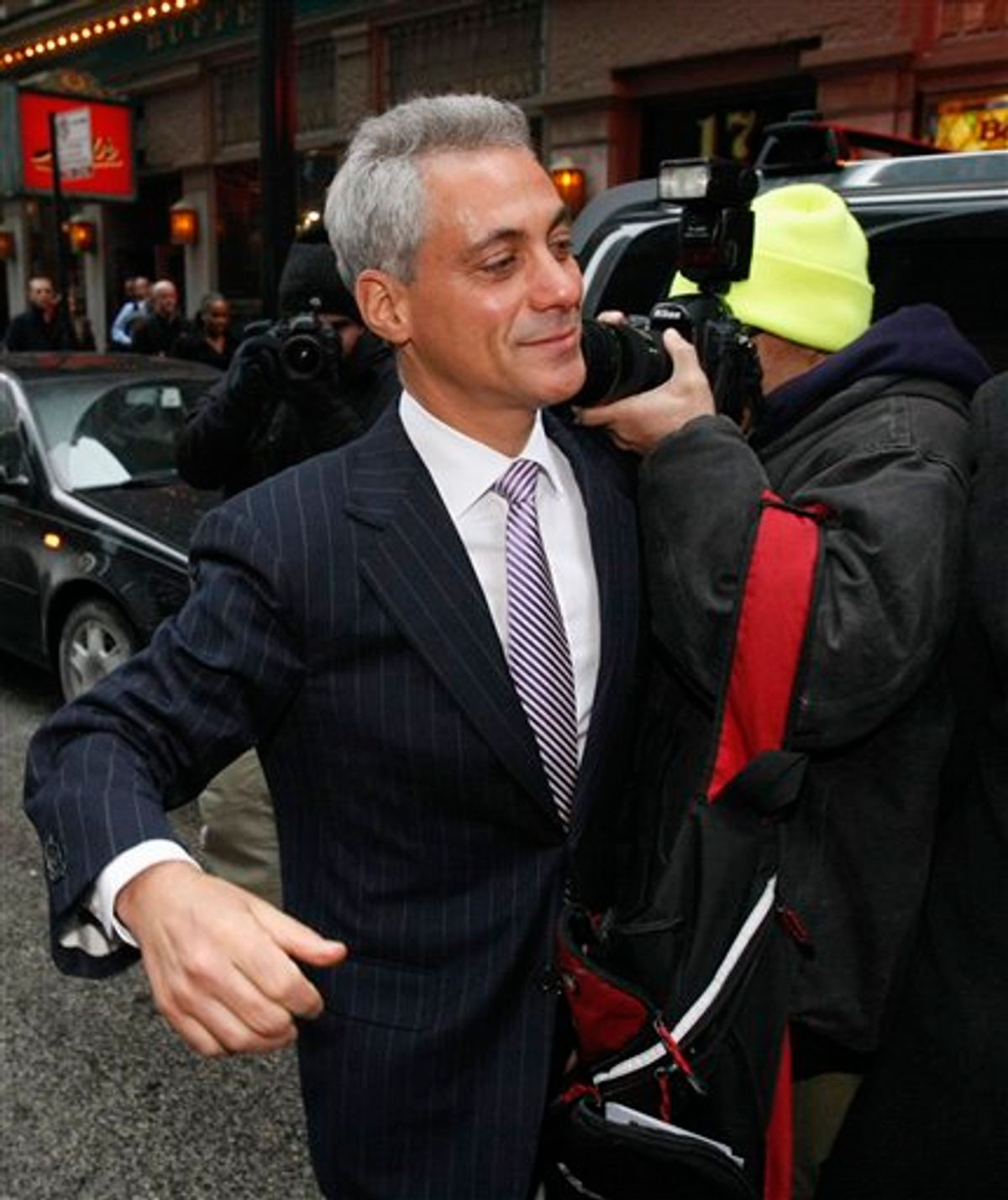 Former White House Chief of Staff Rahm Emanuel leaves a news conference in Chicago, Monday, Jan. 24, 2011, where he responded to an Illinois appeals court ruling that threw him off the ballot for Chicago mayor because he didn't live in the city in the year before the election. The court voted 2-1 to overturn a lower-court ruling that would have kept Emanuel's name on the Feb. 22 ballot. (AP Photo/Charles Rex Arbogast) (AP)
--

5 months after it began, @MayorEmanuel had accrued 39,102 followers, notoriety among Washington insiders, and a $5,000 request from now-Mayor-elect Emanuel to reveal himself after the election. And for 5 months the anonymous Twitter feed kept up a kind of Greek chorus to the Chicago mayoral race by providing a take on real events with an increasingly absurd bent. By the end it had veered into an insane fantasy that both celebrated Emanuel's inevitable victory and had him disappearing into a void in the sky.

Today, the feed's creator has revealed himself to The Atlantic as Dan Sinker, founder of the now-defunct zine Punk Planet and journalism professor at Columbia College in Chicago. The Atlantic has published a fascinating article about Sinker, and the meaning of one of the most compelling Twitter odysseys we've yet to see from the new medium.

Said Alexis Madrigal in The Atlantic:

And in some sense, the glory of @MayorEmanuel was that it exposed the dark humor that political operatives know and love, mixed with the drunken idealism that tends to drive the politicos. Politics is desperate and raw and exhausting, yet on TV it looks so polished and prim. It's a knock-down, drag-out war in which everyone has to fight in their Sunday best. @MayorEmanuel looked at that state of affairs and started cussing, not unlike what a lot of us do when we look at our politics.