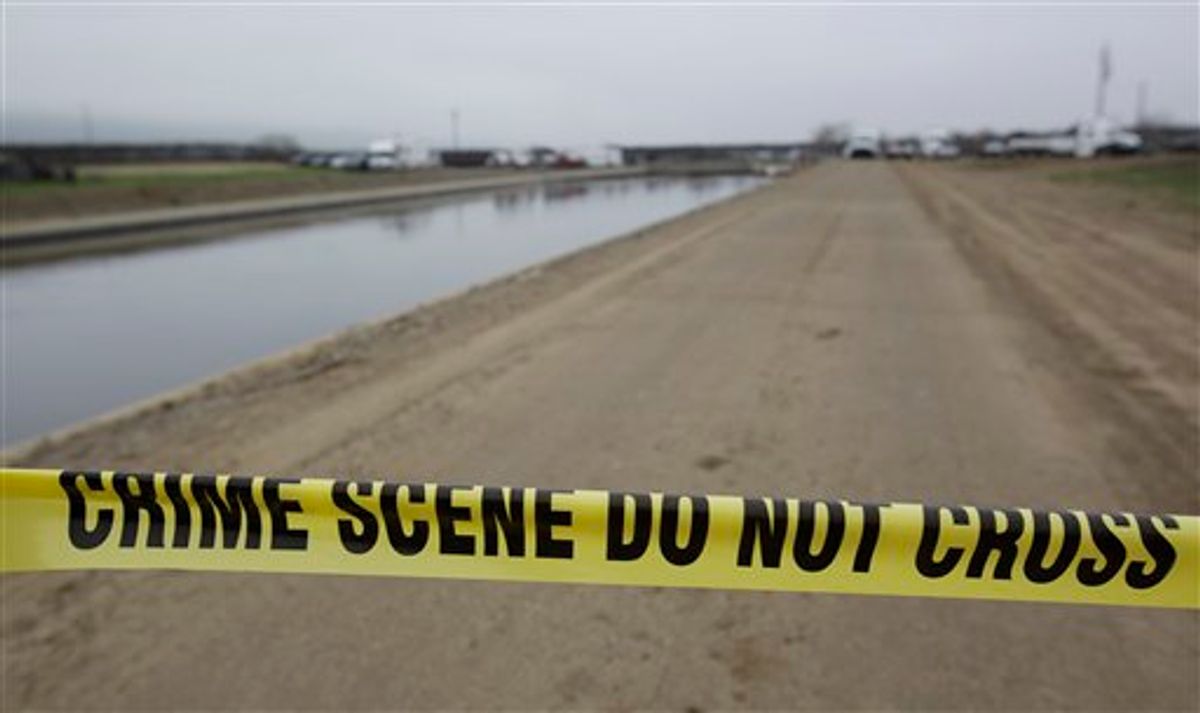 Crime scene tape is shown at a canal in Patterson, Calif., Friday, Jan. 28, 2011. The Toyota Corolla belonging to Jose Rodriguez, who is suspected of kidnapping 4-year-old Juliani Cardenas, was pulled up from the canal. (AP Photo/Paul Sakuma) (AP)
--

A Michigan man posed as a therapist and used an online alias to talk to mothers across the country and persuade them to sexually assault their young children, then send him the images of the attacks, authorities said Monday.

Since authorities arrested him in October, seven children were rescued and at least three mothers have been arrested. Prosecutors say all of the children are now safe.

Steven Demink, 41, of Redford Township, Mich., appeared in federal court in Detroit to enter his plea on six charges related to the sexual exploitation of children. Seven charges were dropped as part of a plea agreement with prosecutors. He faces 15 years to life in prison when he is sentenced in June.

The indictment said Demink used the name Dalton St. Clair on various websites to meet single mothers. Authorities say he connected with mothers in New Hampshire, Idaho and Florida, and coerced and enticed them to engage in sexual acts with their children and send images via e-mail or through a live web stream. The children ranged in age from 3 to 15, according to court documents.

The arrested mothers include Rebecca Nail, who lived in New Hampshire when prosecutors say the crimes occurred. She pleaded guilty in December to producing child pornography, which carries a possible sentence of 15 to 30 years in prison, and is scheduled to be sentenced March 21 in U.S. District Court in Norfolk, Va.

Candice Miller of Lee County, Fla., has pleaded not guilty to five counts and was being held without bond in Florida and faces a May 2 trial in federal court in Fort Myers, federal defender Martin DerOvanesian said. She also faces state charges connected to the case, he said.

Prosecutors say Demink is also linked to four other mothers in Indiana, Georgia, Illinois and Oregon but has not been charged with crimes related to those communications. Assistant U.S. Attorney Kevin Mulcahy said those cases are not part of the indictment but can be considered during sentencing.

Demink's attorney, Timothy Dinan, said his client "has expressed a lot of remorse" for what he did and has taken responsibility by pleading guilty. Dinan said Demink's parents, who were in court but declined to be interviewed, are praying for their son as well as the victims and their families.

"It's a shame he couldn't ask for help," Dinan said.