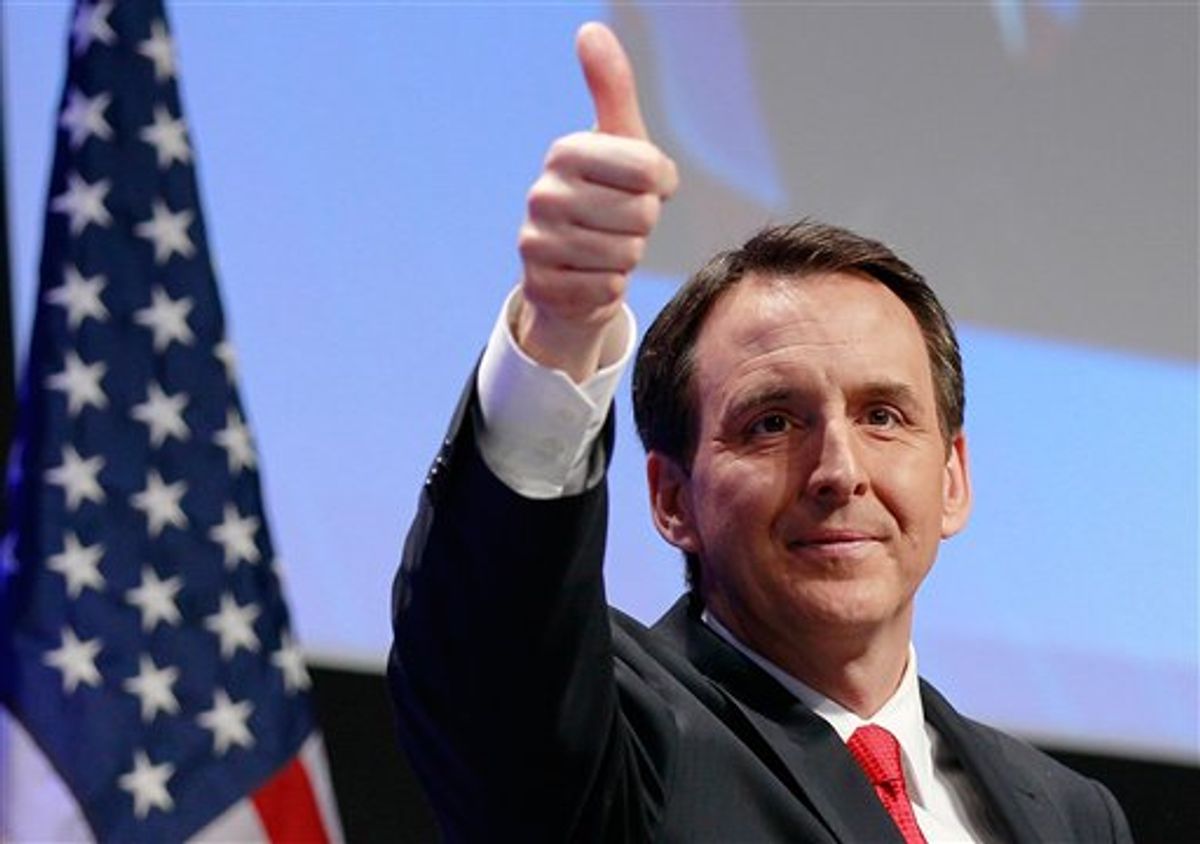 In Phoenix, Pawlenty gave a 15-minute speech to the Tea Party Patriots, where he called on those assembled to take back the country from the big-government liberals:

“This is our guide, this is our constitution, ” he said, waving a pocket-size edition. “We the people of the United States will rise up again. We will take back our government. This is our country. Our founding fathers created it. Americans embraced it. Ronald Reagan personified it. And Lincoln stood courageously to protect it.

Lincoln, Tim? Really? After all the stuff about how the Constitution "was written to limit government" and "the bureaucrats don’t tell us what to do, we the people tell them what to do"? I thought Lincoln taught us that sometimes the "bureaucrats" tell the citizens exactly what to do, with guns.

But Pawlenty is here to fight the real power:

I'm so glad he finally identified who, exactly, make up "the ruling class." It is Wisconsin public employees and GM.