The blockbuster acne treatment may have mega-star endorsements, but its ingredients are painfully ordinary 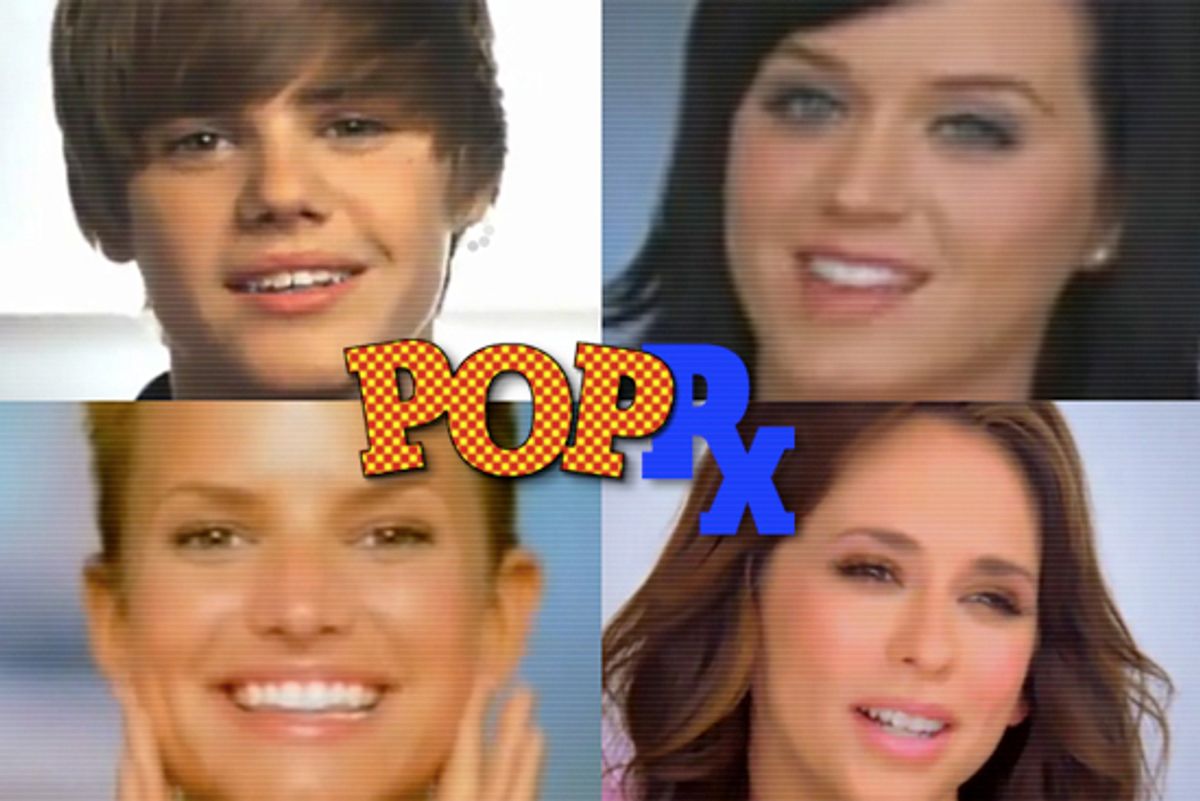 Gone are the days when getting rid of acne meant a trip to the drugstore for Stridex or Clearasil. Now the product the kids clamor for is Proactiv.

Proactiv has been a spectacular success for its makers, two dermatologists in the San Francisco Area, and the company that markets it, Guthy-Renker. Its annual sales, $1.5 billion, tower over the rest of the acne treatment industry.

So what's in this blockbuster drug? After all, the basic "Proactiv System" will cost you $19.95  (though it's "a $72 value"). The short answer is not much. Make a few clicks around Proactiv's website and you'll find out the active compound is benzoyl peroxide. That's the same stuff in Stridex, Clearasil and just about every nonprescription acne medication available in drugstore aisles across America. A tube of the same compound costs $5.25 at my local pharmacy.

So why buy Proactiv? As a physician who treats a lot of teens with acne, I can't say I've ever recommended it. In fact, I often discourage it, given the price tag.

"The key to acne treatment is good compliance," says Dr. Jeff Benabio, a dermatologist in San Diego. "Proactiv has system that makes it easy for teens to use properly."

He's right, and perhaps the three-step "Proactiv System" helps make it easier for teens. But the real key to Proactiv's success is celebrity. Endorsements have helped make it the acne product to buy. A-list youth stars like Katy Perry, Justin Bieber, Jessica Simpson, Avril Lavigne and even P. Diddy offer testimonials online and on TV about how terrible it was to have all that acne, and how ProActiv transformed the star into someone beautiful, confident and successful. (P. Diddy famously claimed that he uses ProActiv to "moisturize my situation and preserve my sexy.") Viewers see those hideous "before" pictures -- some mysteriously dark, pimple-faced headshot of an unseen somebody -- followed by the "glorious" after shot, glowing and perfect.

Celebrities have been used for ages to endorse health products. To understand why, you would want to read a terrific book by Robert Cialdini called "Influence: Science and Practice." Cialdini, an emeritus professor at Arizona State University, made a career out of studying the tactics of influence, which he distilled down to seven principles in his book. These principles, he skillfully argues, are so ingrained in our psyches that they will almost automatically get us to comply with a request or buy a product. In using celebrities, Proactiv's marketers rely heavily on what he calls the Principle of Liking.

The Principle of Liking states that, somewhat obviously, we are more likely to be persuaded to do something by someone we know and like. The startling thing, Cialdini notes, is how easy it is for someone we don't know but think we like -- a celebrity for example -- to do the same. Add the physical attractiveness of celebrities because they "are better liked, more persuasive ... and seen as possessing better personality traits and intellectual capacities." This is not a trivial thing: According to Cialdini, attractive defendants are twice as likely to avoid jail as unattractive ones; another study shows that better-looking people are more likely to receive help when they ask for it.

If, like me, you're curious about just what it costs to exploit Cialdini's Principle of Liking for Proactiv -- it's not cheap. According to an article in Billboard, Bieber is getting paid $3 million for two years. According to the same article, Guthy-Renker spends about $12-$15 million per year on endorsements.

And those photos sure don't look like examples of a typical response for moderate to severe acne. I might even wonder if the results are Photoshopped, like so many similar commerical products. (I tried to reach Guthy-Renker many times for comments about this and other issues, but they didn't return my messages.)

My biggest problem is something else, though: How hard they work to equate confidence with beauty and nothing else. Every celebrity testifies that having pimples was the source of all their insecurities. (Look at that video with Katy Perry. Seriously, you can barely see a zit.) They all claim that Proactiv gave them the confidence they needed to be their best. As a physician who sees plenty of teens with real confidence problems and the consequences they engender -- eating disorders, depression, anxiety, drug use -- I'd like to see a company with this much influence pull a few gears back on that message.

Despite these concerns, Jeff Benabio doesn't think Proactiv is a scam. "It's a good product," he told me. "It's just expensive. But if people are willing to pay for expensive wine, why not for expensive acne treatment for themselves or their kids?" Maybe he's right, but there's usually a big difference between an expensive wine and the cheap stuff at the corner store. With Proactiv, the only difference is style. Substantively, you're not paying for anything better than a common drug available for less elsewhere. As for people who want a better deal, Benabio, on his blog, offers a recipe for teens who want to make their own Proactiv for a fraction of the cost.