Air travel is getting safer all the time

Let's celebrate good news, for a change: 2010's accident rate was the lowest in aviation history 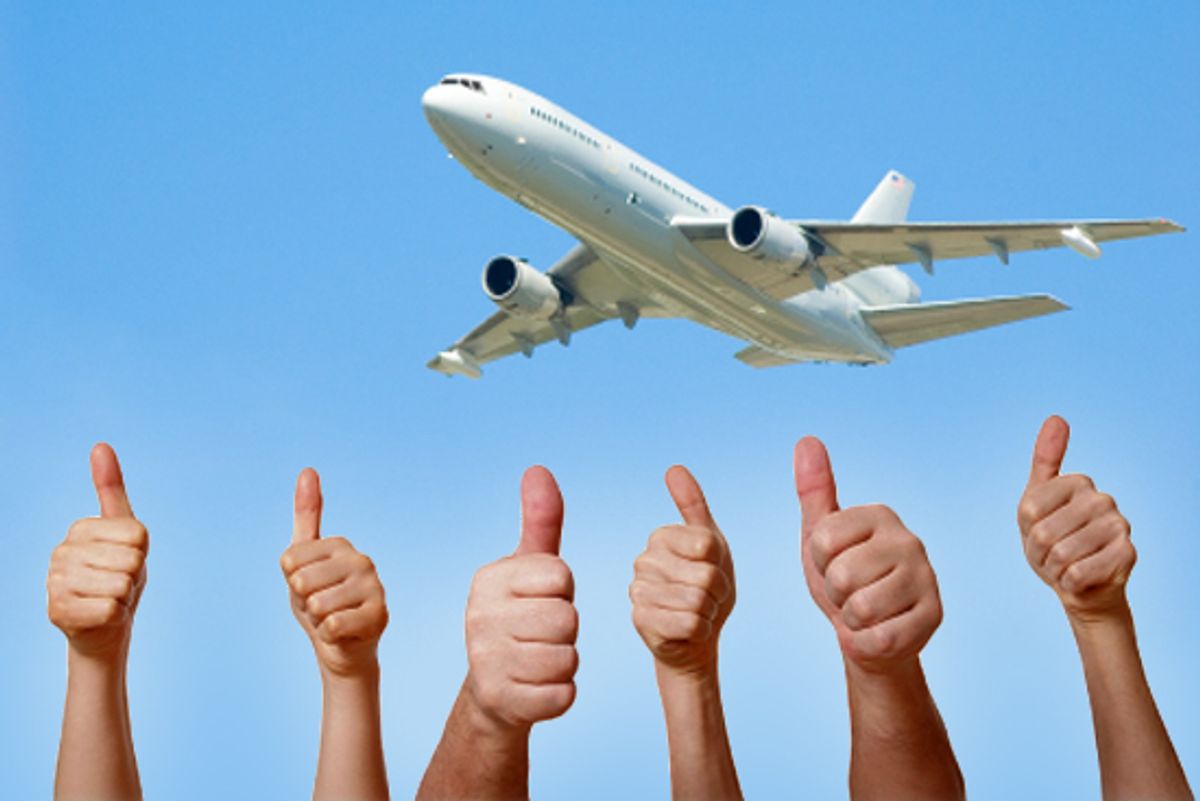 As I am prone to pointing out, air travel has never been safer than it is right now. I tend to mention this in passing, anecdotally. But now I have some data to back me up: According to a report just released by the International Air Transport Association, the accident rate in 2010 was the lowest in aviation history.

Mind you, even "accident" doesn't mean a fatality. IATA is talking about so-called hull losses -- an incident in which the aircraft is substantially damaged and is not subsequently repaired. Globally, among what we'd consider major airlines in 2010, there was not a single fatality.

And, sure, this is only a single-year snapshot, but the trend over the past quarter-century has been one of consistent improvement. This is especially notable when you consider the exponential growth of air travel in places like India, China, Brazil and elsewhere in the developing world.

We got to this point through a combination of better training and regulatory oversight, improved technology and infrastructure, and, frankly, a little bit of luck -- in that order.

Of course, complacency is about the worst response we could have. I'm not suggesting we fall back on our laurels and ignore problems. Accidents are perhaps inevitable, but they are not acceptable, and air safety is all about being proactive -- even a little cynical. Maybe you caught Alan Levin's front-page USA Today article last Friday about the alarming rise in air traffic control errors. We need this sort of scrutiny because it keeps us on our toes.

I just wish that every now and then, somebody stepped back and acknowledged the good news. Cautionary stories like Levin's, combined with the media's insatiable habit of overhyping minor incidents, have a way of blocking out the positive and stirring up fright.

Here in the United States, the last large-scale fatal accident involving a major carrier was the crash of American Airlines Flight 587 near JFK airport in November 2001. This is the longest such streak in the history of U.S. commercial aviation; when was the last time you heard it mentioned outside of this column?

We've seen a handful of crashes involving regional planes over the past decade -- most notably the Comair (Delta Connection) tragedy in 2006, and the 2009 Colgan Air (Continental Connection) crash outside Buffalo, N.Y. And in 2005 a young boy was killed in a car after a Southwest 737 overran a snowy runway in Chicago. Duly noted. But for all of the airline industry's woes -- multiple bankruptcies and, until quite recently, a stretch of unprecedented fiscal devastation -- and the public's seething distrust of them, our largest carriers have maintained a virtually perfect record. Even with the regional mishaps factored in, the numbers have never been better. Rarely, amid all of the anti-airline vitriol out there, is this fact acknowledged.

You can call me a shill, but here's the thing: For all the contempt people have for airlines, flying remains affordable (even with recent hikes, ticket prices are about what they were in the mid-1980s), mostly reliable (roughly 85 percent of flights arrive on-time), reasonably comfortable (don't start) and astonishingly safe (see above).

Let's celebrate now. Because sooner or later there will be a serious crash. And when it comes, nobody is going to listen.

And now, the results of my PC Air slogan contest:

A couple of weeks ago I wrote about PC Air, the Thai charter company that is staffing its flights with transgendered cabin crew. I offered a prize to whoever concocted the best, tongue-in-cheek PC Air motto and/or a name for its frequent flier club.

Well, the contest is canceled. My appreciation to those of you who sent along entries, and the authors of the two most clever received their T-shirts as promised. But I am not going to reprint them here. I am not reprinting them because I came to the decision that my contest was in poor taste.

Mine was a common mistake when it comes to humor: Something that is innocuously funny in your mind doesn't always make it so in general. I am about as tolerant -- liberal, if you must -- as it gets when it comes to somebody's sexual orientation. But that alone doesn't give me license to crack jokes about transsexuals. I have worked with transgendered colleagues in the past, both flight attendants and, yes, pilots, and it distresses me to think my comments could be seen as prejudiced or derisive -- or might encourage these sentiments in others.

Nobody has pressured me to do this, but after reading a few of your e-mails, I think I owe it to you -- and to the PC Air cabin staff themselves.