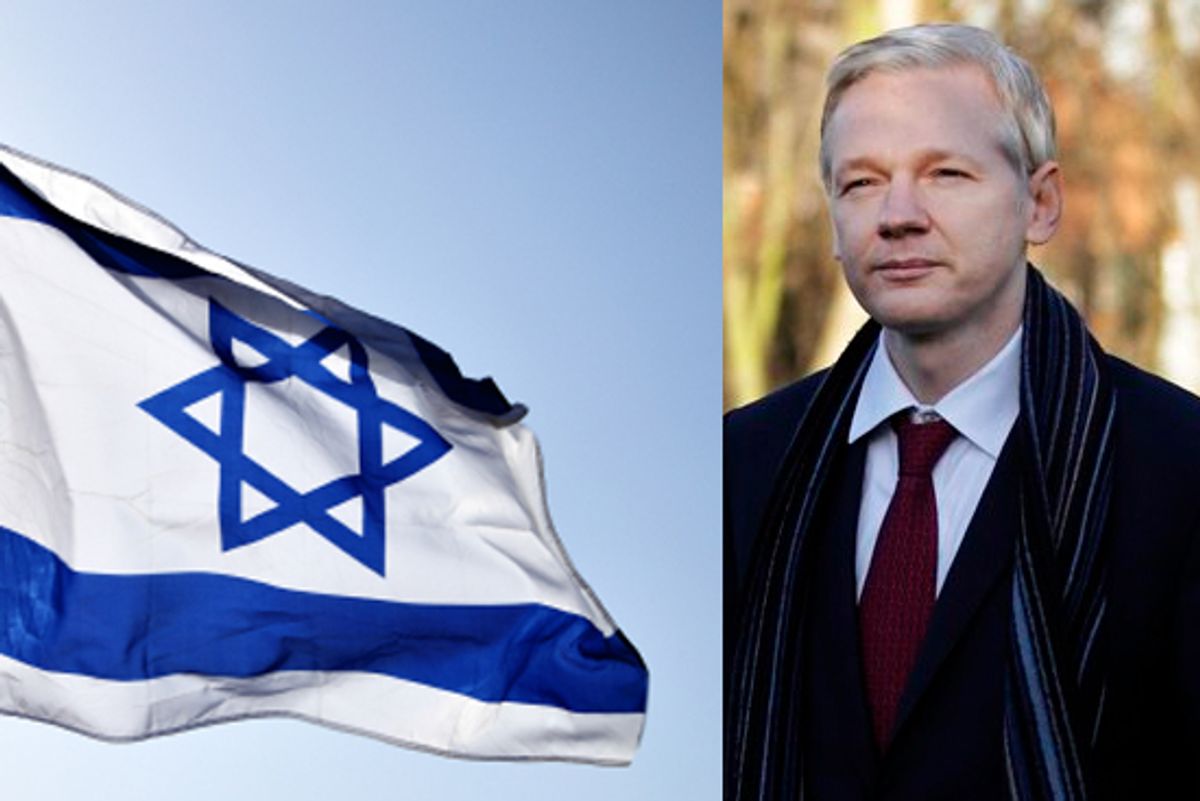 According to a column in a British magazine, Julian Assange complained that he believes a "Jewish" conspiracy is bent on smearing WikiLeaks. Private Eye, a print magazine know both for satire and original reporting, printed a column penned by editor Ian Hislop today that details a Feb. 16 phone conversation between Hislop and Assange.

While discussing a WikiLeaks associate in Russia recently accused of denying the Holocaust, Assange told Hislop that the story represented a larger conspiracy organized by the Guardian newspaper in order to deny his organization of Jewish donations and support. In a reproduction of the Private Eye column -- which is currently only available in print -- Hislop attempted to reason with Assange:

[Assange] went on to say that we were part of a conspiracy led by the Guardian which included journalist David Leigh, editor Alan Rusbridger and John Kampfner from Index on Censorship -- all of whom "are Jewish".

I pointed out that Rusbridger is not actually Jewish, but Assange insisted that he was "sort of Jewish" because he was related to David Leigh (they are brothers-in-law). When I doubted whether his Jewish conspiracty would stand up against the facts, Assange suddently conceded the point. "Forget the Jewish thing."

The WikiLeaks founder went on to complain about the Guardian editors, saying they "failed [his] masculinity test" and "behaved like gossiping schoolgirls."

UPDATE:
WikiLeaks posted a response the allegations later today denying the claims made by Hislop and Private Eye. According to a tweet from the organization's main account, Assange said:

Hislop has distorted, invented or misremembered almost every significant claim and phrase. In particular, 'Jewish conspiracy' is completely false, in spirit and in word. It is serious and upsetting. Rather than correct a smear, Mr. Hislop has attempted, perhaps not surprisingly, to justify one smear with another in the same direction. That he has a reputation for this, and is famed to have received more libel suits in the UK than any other journalist as a result, does not mean that it is right. WikiLeaks promotes the ideal of "scientific journalism" - where the underlaying evidence of all articles is available to the reader precisely inorder to avoid these type of distortions. We treasure our strong Jewish support and staff, just as we treasure the support from pan-Arab democracy activists and others who share our hope for a just world.

Also, we've corrected the headline on this story to reflect that the Hislop's story is very much contested.