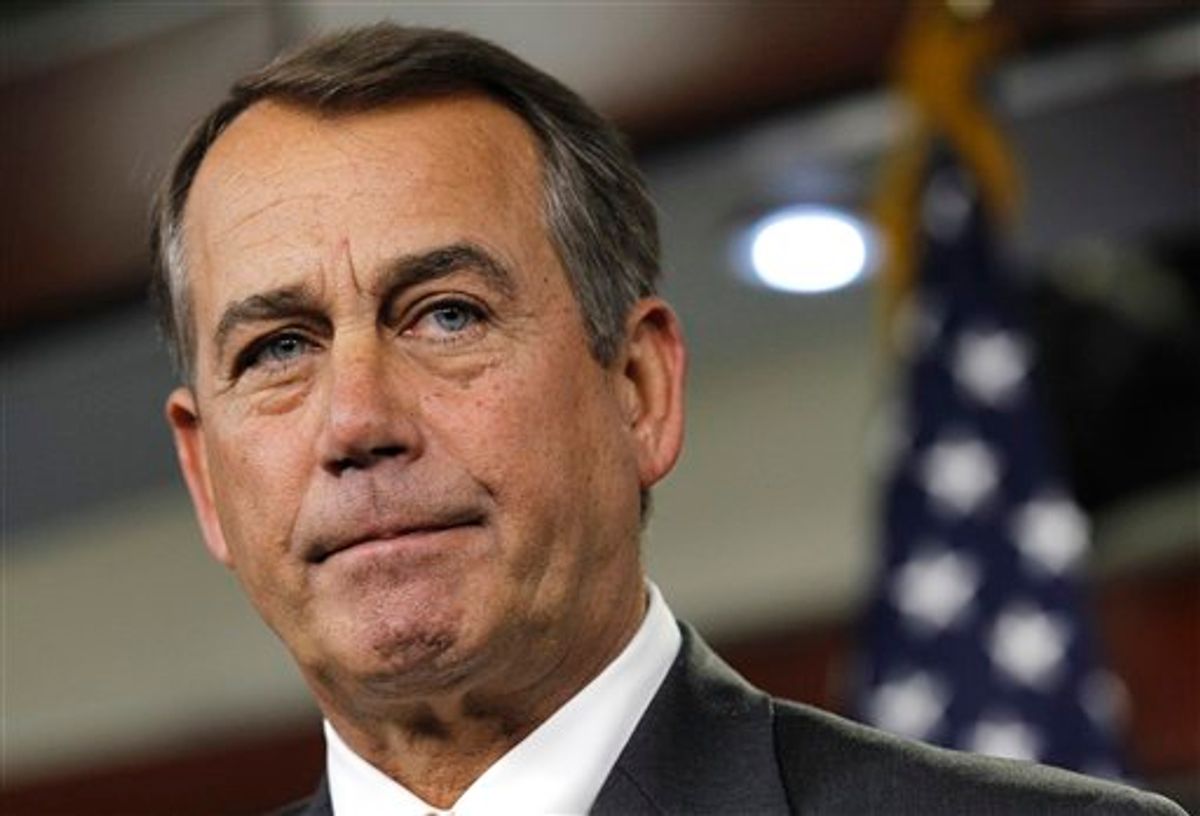 House Speaker John Boehner likened unions' actions in the Midwest to armed hostage-takers in an interview with the Christian Broadcasting Network on Sunday. Blaming states' dependence on federal bailouts and criticizing Obama's involvment, Boehner did not mince his words:

In some of these states, you've got collective bargaining laws that are so weighted in favor of the public employees that there's almost no bargaining. We've given them a machine gun and put it right at the heads of the local officials and they really have their hands tied. And I think what you're seeing in these states is they're trying to bring some balance to these negotiations that when you look at the pay of public employees today and you look at their retirement benefits they are way out of line with many other working Americans.

Watch the interview with CBN's David Brody in full: