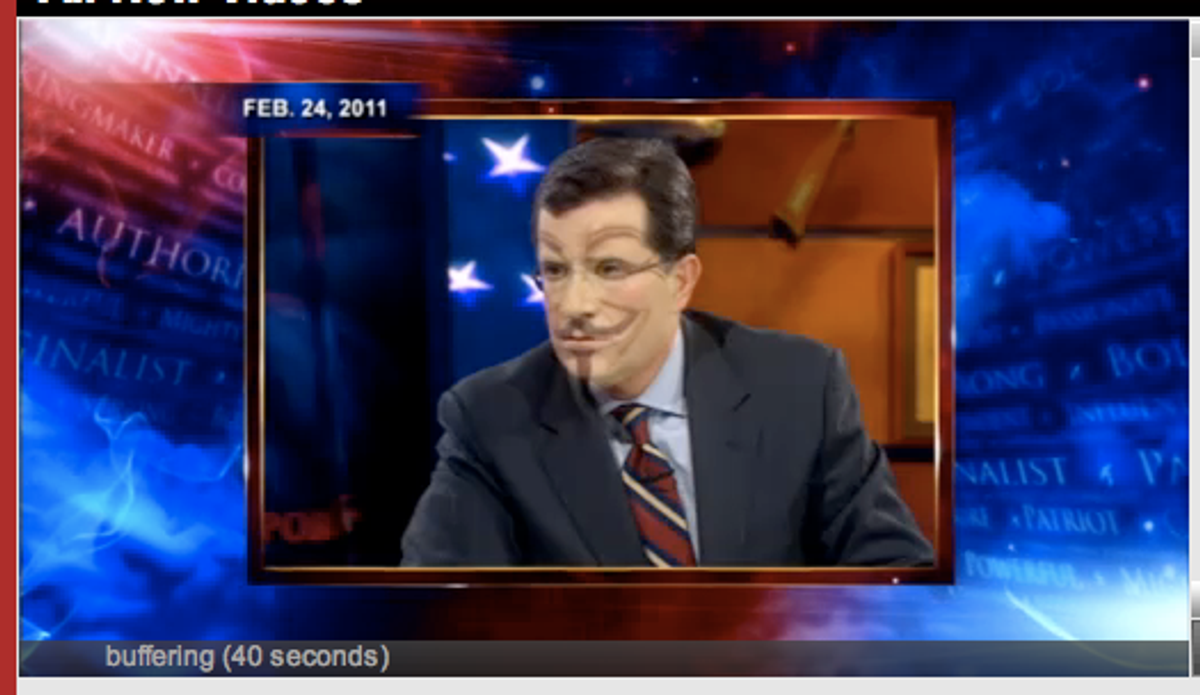 Stephen Colbert dedicated the first portion of his show last night to a nefarious breach of security at the Report -- when an image of Guy Fawkes (i.e., the masked dude from "V for Vendetta") was super-imposed over his face during a broadcast last week. Colbert blamed the intrusion on the hacker collective Anonymous, a shadowy organization that also targeted Americans for Prosperity, the political action group headed by the Koch brothers. To Anonymous, Stephen said:

Lay off Americans for Prosperity. If you've got a problem with the Koch brothers, go after them the democratic way -- by funneling millions of dollars into a front organization to launch attack ads against teachers.