Advice to writers: Skip the scenery 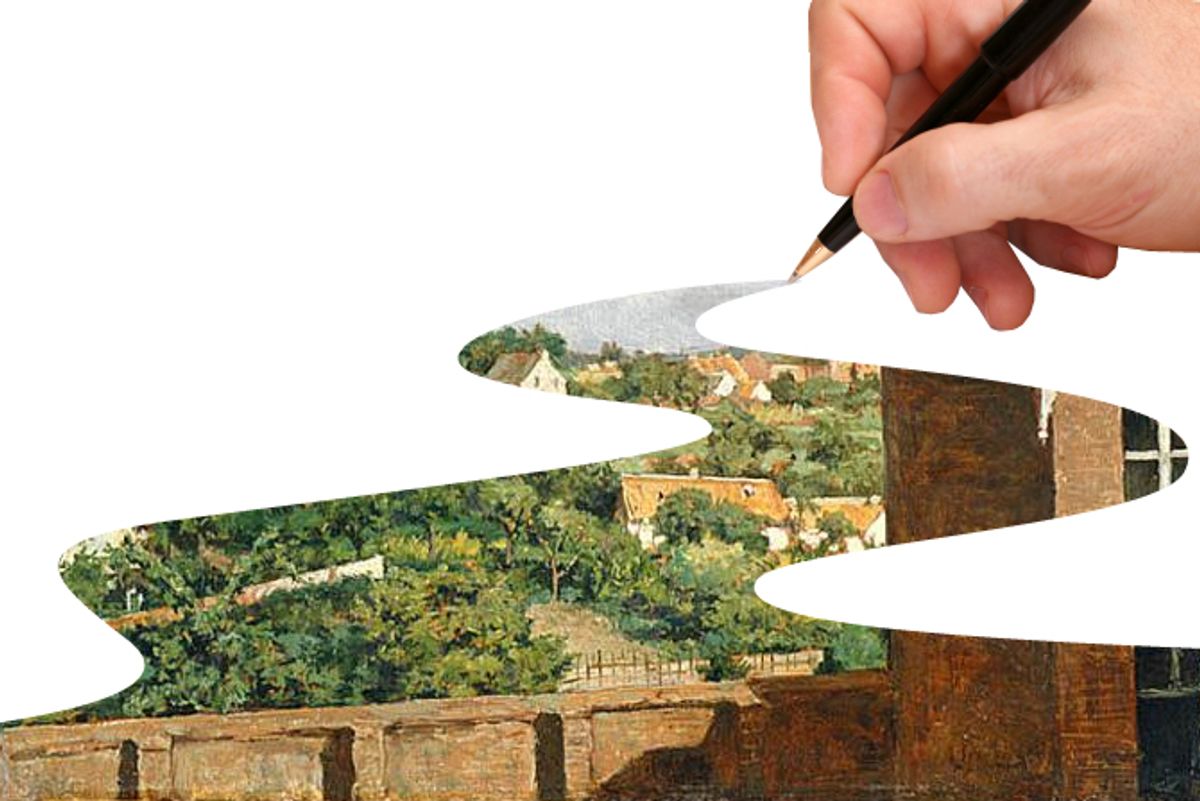 Recently, I was asked to speak to a class of writing students on what critics look for in debut novels. After canvassing my colleagues, I had a few answers -- a distinctive voice, an interesting perspective, strong writing and so on -- but they didn't seem especially helpful. Presumably, every writer already starts out with the most distinctive voice and interesting perspective he or she can conjure. How about telling them what to avoid instead?

By far the most common gripe from readers was too much description, particularly environmental description -- that is, of landscape, weather and interiors. This complaint struck me as especially pertinent because at that very moment I was trying to decide whether or not to recommend Tea Obreht's "The Tiger's Wife" in our weekly book column, What to Read. Obreht, recently named one of the New Yorker's 20 best writers under 40, is undeniably talented, and the novel has much to recommend it. Yet no sooner does Obreht's narrative work up a little momentum or present a masterful scene than it hits a patch of long, dozy paragraphs filled with way too much detail about the scenery.

Set in an unnamed Balkan state that was once part of Yugoslavia (Obreht was born in Belgrade), "The Tiger's Wife" relates a young doctor's efforts to find out why her ailing grandfather ended up dying in a squalid provincial town across the border. The novel incorporates elements of folklore and urban legend, most notably about a tiger that escaped from a municipal zoo during World War II and lurked at the outskirts of a mountain village. Such primal forces can be stirring, even beautiful in their savagery, but like the ethnic loyalties that tore the region apart in the 1990s, they are hard to subdue once they've been let loose, and they tend to leave a trail of bloody corpses in their wake.

This is a fine, ambitious premise for a novel, and certainly nothing that Obreht writes could be called flowery. The problem is that there's usually about 30 percent more of it than feels entirely necessary. Here's a typical paragraph, describing the approach to the village where Natalia's grandfather died:

The final six kilometers to Zdrevkov were unmarked, a dirt trail that wound left through a scattering of carob trees and climbed into cypresses, which fell away suddenly in places where the slopes dropped away to the water. In the lagoon where the peninsula met the land, the sun had blanched the water bottle-green. The air-conditioning was giving out, and the steady striping of the light between the trees was making me dizzy. The crest of the next hill brought me out of the forest and into the downward-sloping stretch of road, where the abandoned almond orchards were overgrown with lantana bushes. I could see the light-furrowed afternoon swells in the distance, and, straight ahead, the flat roofs of the village.

Zdrevkov is godforsaken, but this fact is amply conveyed in the following four paragraphs describing the town itself -- most of that bit is quite good, although still a shade exhaustive. Obreht has said in an interview that she wants to write about "the influences of place on characters," but the passage above is too flatly reportorial to suggest that this woman feels anything but overheated. The paragraph seems extraneous and, as a result, dull. Any curiosity kindled in the reader about what Natalia will find in the village begins to seep slowly away, like helium leaching from a balloon.

Elmore Leonard, in his famous list of 10 rules for writing well, advised authors not to "go into great detail describing places and things." Leonard's dictums can be taken too far, certainly; one of the advantages of a truly literary novel is the way it can summon a heady sense of place. Take, for example, Margot Livesey's "Eva Moves the Furniture," which is only incidentally about the Scottish countryside in the 1930s, but still makes you feel as if you've breathed its pristine air yourself. A well-turned detail about an interior can convey volumes about the world that created it. In "Alias Grace," Margaret Atwood writes of a suffocating Victorian parlor, "all possible surfaces of it are upholstered; the colors are those of the inside of the body -- the maroon of kidneys, the reddish purple of hearts, the opaque blue of veins, the ivory of teeth and bones."

Nevertheless, when it comes to more than two or three sentences of description at a go, a novelist is always somewhat on sufferance with contemporary readers. Writing teachers advise their students to limit themselves to the "telling detail" for good cause. A novel with an especially clear, well-powered narrative can get away with more -- as Elizabeth Kostova demonstrated with "The Historian" (so evocative of Carpathian forests) -- and can even find success despite an abundance of floridly "lyrical" prose, as was the case with "The Story of Edgar Sawtelle" by David Wroblewski. But if, like Obreht, your storytelling is more subtle and allusive, and if what drives your main character is sufficiently opaque, the risk is great that readers will conclude the novel has no particular place to go and will soon wander off themselves.

Of course, a writer of genius can get away with just about anything, and novelists are certainly entitled to write whatever they want. So too, though, are readers entitled to read whatever they want, including only the more interesting parts of the books in their hands. The most ravishing descriptions in the world are wasted if they aren't read in the first place. Leonard's list ends with a rule that bears repeating: "Try to leave out the part that readers tend to skip." Is there any doubt that the most skipped parts of novels, even popular novels, are the descriptions of landscape and weather? The longer a novelist makes them, the more readers end up skipping, until it occurs to them to skip the whole thing altogether.