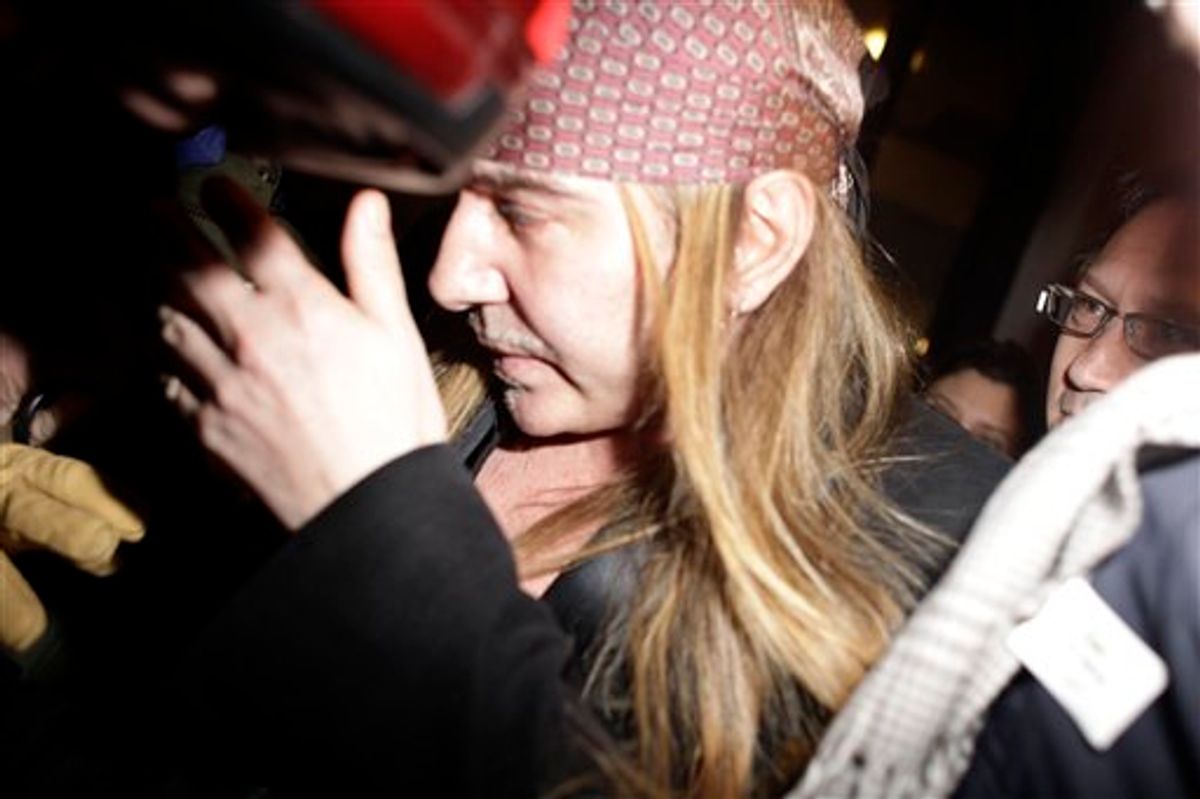 Fashion designer John Galliano, leaves a police station, in Paris, Monday, Feb. 28, 2011. Galliano arrived Monday at a Paris police station to face accusations that he made illegal anti-Semitic slurs, hours after a video emerged of the famed fashion designer praising Adolf Hitler. The Gibraltar-born designer, wearing a wide-brimmed black hat, made no comment to reporters as he entered to face claims by a couple that he made an anti-Semitic remark during a dispute at a trendy Paris cafe. (AP Photo/Thibault Camus) (AP)
--

The fashion house said Tuesday that Galliano has been immediately laid off and the process of firing him has begun.

Last week, Dior suspended Galliano as its creative director pending an investigation into an alleged anti-Semitic incident at a Paris cafe last week.