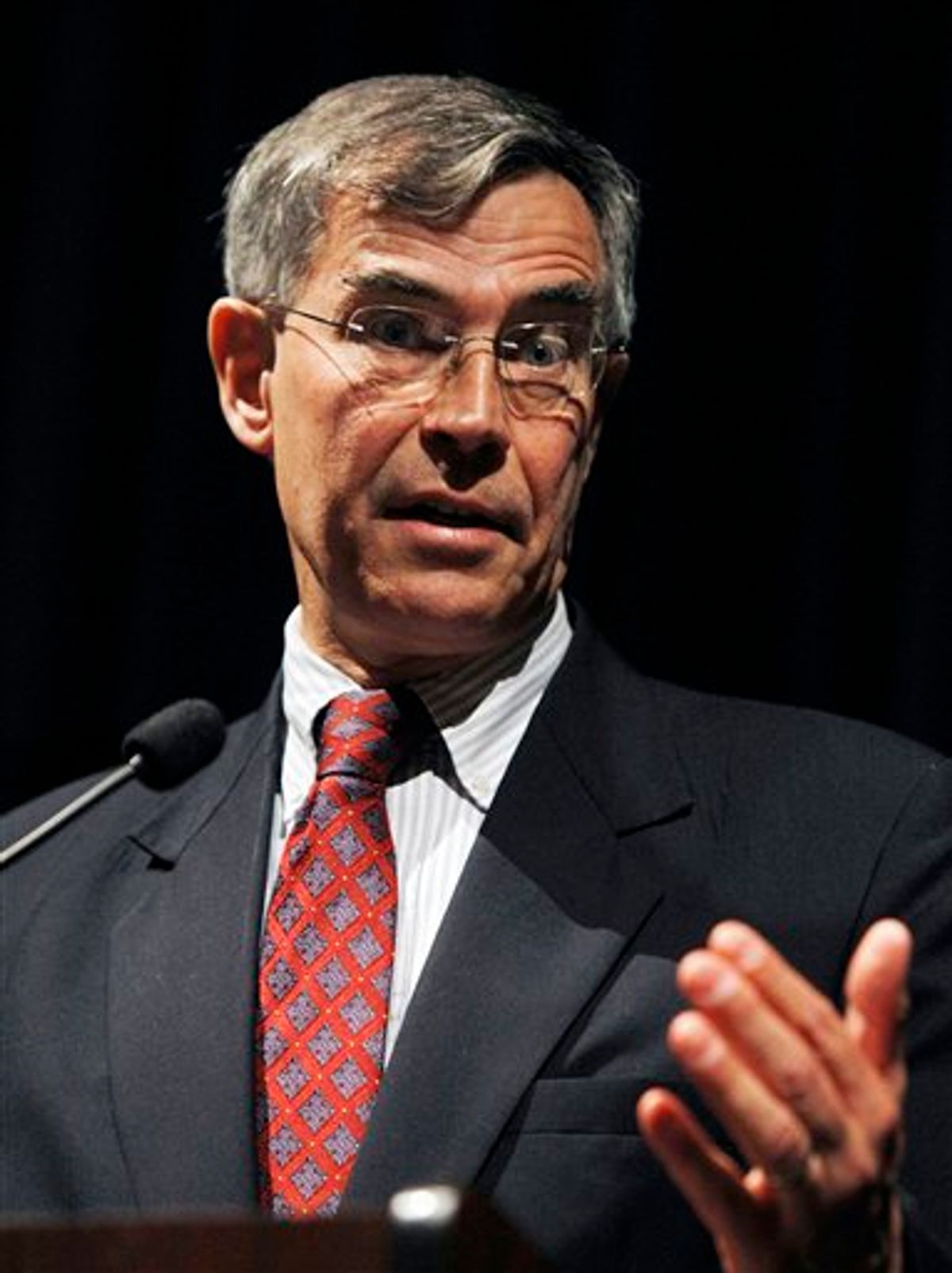 FILE - In this Oct. 14, 2010 file photo, Democratic Rep. Rush Holt answers a question during a debate with Republican challenger Scott Sipprelle in Trenton, N.J. Holt, a plasma physicist-turned-politician, topped the IBM supercomputer 'Watson' in a round of Jeopardy! in Washington, on Monday, Feb. 28, 2011. Holt was a five-time Jeopardy! winner. (AP Photo/Mel Evans, File) (AP)
--

Turns out all it took to top Watson, the "Jeopardy"-winning computer, was a rocket scientist.

U.S. Rep. Rush Holt of New Jersey is just such a scientist.

The success of Holt -- a five-time champion during the trivia show's original run 35 years ago -- topped the IBM computer Monday night in a "Jeopardy" exhibition match of congressmen vs. machine held at a Washington hotel.

Holt, a Democrat from the Princeton area, built a lead in categories including "Presidential Rhyme Time," in which the correct response to "Herbert's military strategy" was "Hoover's maneuvers." The congressman also correctly identified hippophobia as the fear of horses.

Watson beat him to the buzzer with the answer "love" when prompted on what Ambrose Bierce described as "a temporary insanity curable by marriage."

Holt played the first round along with Rep. Bill Cassidy, a Louisiana Republican. At the end of the round, Holt had earned $8,600 to Watson's $6,200.

But the computer ultimately triumphed in later rounds against other representatives, amassing a combined $40,300 to the humans' $30,000.

Holt received a round of applause Tuesday at a hearing of the House Natural Resources Committee for besting the computer.

He thanked crowd and gave a shout-out to "neuron based thinking, instead of semi-conductor thinking."

Holt said it was fun to beat the heralded computer. But he also said it's important that Americans realize how crucial math and science education is to the nation's future.

"I was proud to hold my own with Watson," Holt said. "More importantly, I was proud to join IBM and other members of Congress to highlight the importance of science and math education and research and development.

"While it was fun to outdo Watson for one night in trivia, it is vital that, as a nation, we out-innovate, out-educate, and out-build the rest of the world for generations to come," he said.

"The technology behind Watson represents a major advancement in computing," he said. "In the data-intensive environment of government, this type of technology can help organizations make better decisions and improve how government helps its citizens."