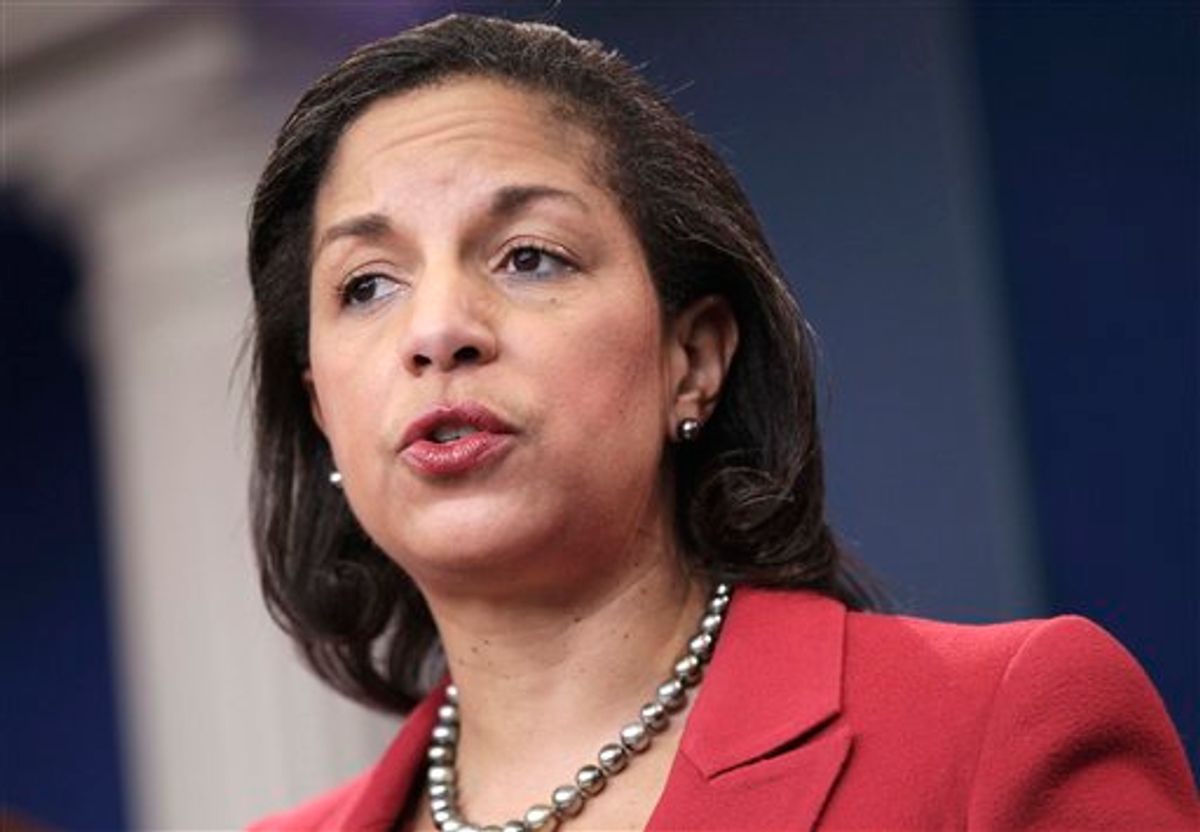 The U.S. ambassador to the United Nations says the United States fears the possibility of a "real humanitarian disaster" in Libya" if longtime ruler Moammar Gadhafi refuses to surrender power.

Susan Rice tells CBS's "The Early Show" that settling on a new system of government in the African nation is "for the people of Libya to manage and decide." She called exile "an option" for Gadhafi but said he'll also have to answer to the International Criminal Court.

Rice says the people of Libya must "have the opportunity to determine their future peacefully and democratically." She also said it's time for Gadhafi to "get off that stage," calling him an obstacle to the achievement of peace and stability in Libya.

She said, "One has to question his grip on reality."