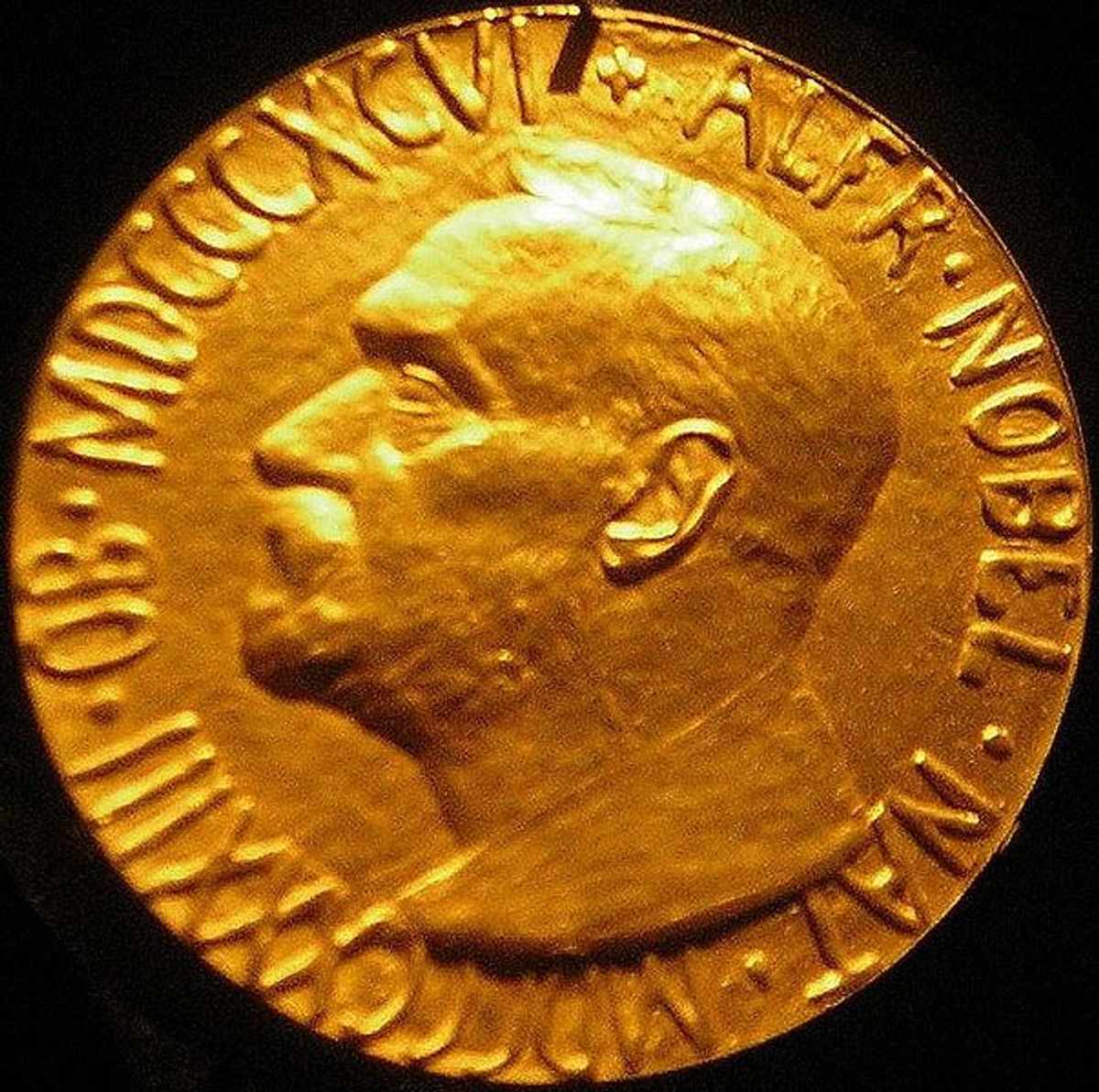 The Nobel Peace Prize Medal, which will be awarded to one of 241 nominees in October.
--

A record 241 nominations were submitted for the 2011 Nobel Peace Prize and the Norwegian jury has now begun the secretive process to select a winner, the panel's spokesman said Tuesday.

Russian human rights activist Svetlana Gannushkina, secret-spilling organization WikiLeaks and Cuban dissidents are among the candidates who have been publicly announced by those who nominated them.

The Norwegian Nobel Committee does not reveal the names of nominees and doesn't discuss any candidates until the winner is announced in October.

Geir Lundestad, the permanent secretary of the committee, told The Associated Press that 188 individuals and 53 organizations have been nominated for the prestigious award.

"We have a record number of nominations this year, but there has been a steady increase over time," he said. Last year the committee received 237 nominations.

The deadline for outside nominations was Feb. 1, but the five-member committee added its own suggestions at a meeting Monday, said Lundestad, who doesn't have voting rights.

"We have an active committee, which has added several proposals the last years," he said.

Imprisoned Chinese dissident Liu Xiaobo won the Nobel Peace Prize last year for his nonviolent struggle for human rights in his homeland. The award infuriated China, which accused the Nobel committee of honoring a criminal.

Lundestad said the impact of the prize was exceptional.

"We have never before experienced that the prize has been discussed at the highest level in governments around the world," he said.

The Nobel Prizes also include awards in medicine, physics, chemistry and literature. A sixth award, the Nobel Memorial Prize in Economics, was created by Swedish central bank in 1968 in memory of prize founder Alfred Nobel.

The prize amount has been fixed at 10 million Swedish kronor ($1.6 million) in recent years. Lundestad said the sum will probably be the same this year, but no final decision has been taken. The Nobel Peace Prize will likely be announced on Oct. 7, he said.