Booted from broadcast television for being too smart and good, "Southland" has become a unique cable gem 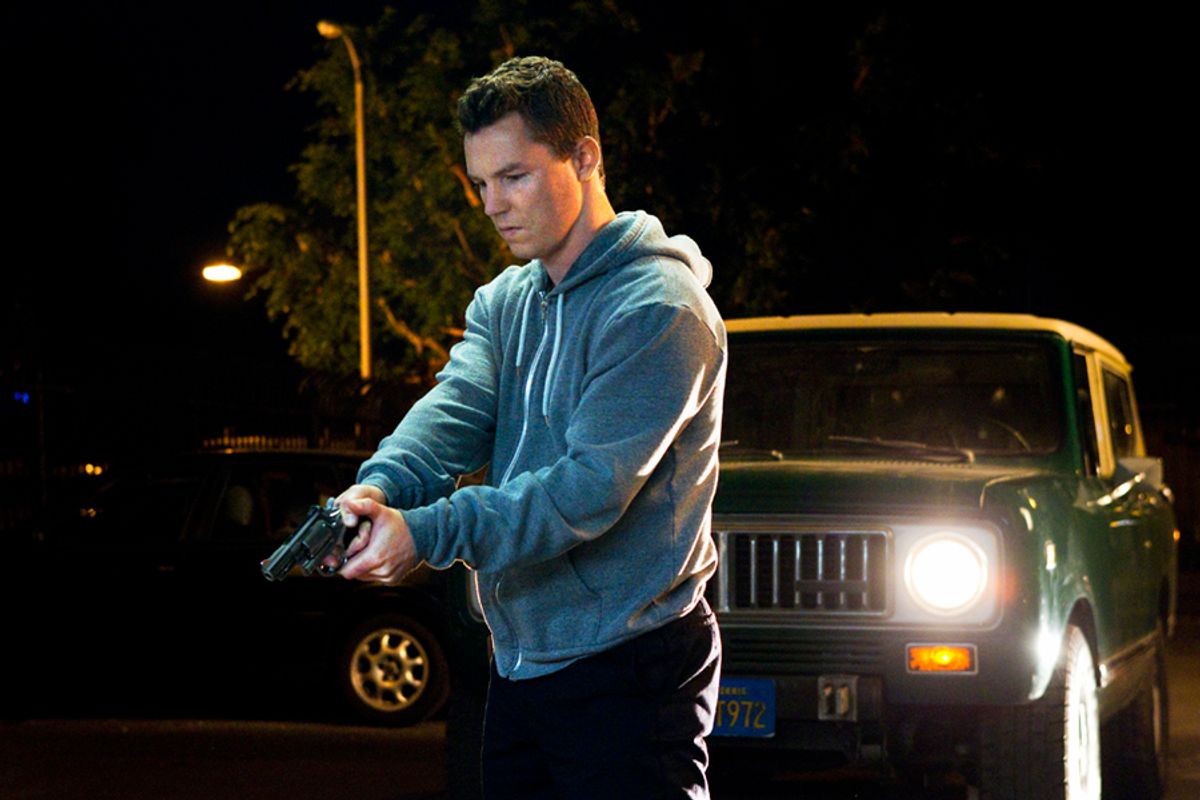 Some shows are literally too good for network TV. "Southland" is one of them. This cop series from screenwriter-producer Anne Biderman ("NYPD Blue," "Public Enemies") and veteran series producer John Wells ("ER," "The West Wing") debuted in 2009 on NBC to rapturous praise, got renewed for a second season despite poor ratings, then got canceled anyway. It eventually settled on TNT, where it now airs every Tuesday at 10, 9 p.m. Central. The medium is so bottom-line driven that a good show's mere survival is cause for celebration. But "Southland" hasn't just survived; it has remained strong over time, and is currently two episodes away from finishing its third short season.

Like most network dramas, it's got a faintly ridiculous soap opera element, and over the years there's been an escalation in mayhem. (The title setting, which encompasses many Los Angeles-area neighborhoods, seems to be one of the most violent places on earth.) But all in all, it's still one of the best dramas on TV. It's definitely the best cop show -- and maybe the only show about cops that's set in something like reality. The police officers on "Southland" draw their guns and chase criminals more often than real officers (a summary that applies to almost every cop series in history). But they don't make impossible shots or survive vicious shootings except through sheer dumb luck. There's no high-tech super-science or pseudo-mystical profiling, and no CBS procedural-type scenes where the team huddles around a charismatic, soft-spoken 50-something leader in an expensive leather jacket as he delivers a pep talk about finding the serial killer before he disembowels the president's son.  Nothing happens on the show that couldn't happen in life.

"Southland" is shot in a rough-and-ready, documentary-style format that favors snippets of conversation and observations that feel caught on the fly. There's a funny recurring gag in which a couple of patrolmen, rookie Ben Sherman (Ben McKenzie) and his training officer, John Cooper (Michael Cudlitz), respond to 911 calls that aren't actually emergencies. (One was from a mother who wanted to show her young daughter how an emergency call worked.) The series has the ragged, lively immediacy of the first season of "Homicide: Life on the Street," but without the lengthy philosophical digressions and interrogation room scenes. As is the case in life, perps on "Southland" often turn on their brothers and sisters without much prompting. "There really is no honor among thieves," detective Lydia Adams (Regina King) said, leaving the interrogation room after a questioning so uneventful that the series saw no point in showing it.

For the most part, "Southland" characters talk and act like people rather than wisecracking TV characters. Biderman and her credited co-writers (including Wells and Robin Green and Mitchell Burgess, former staff writers for "The Sopranos") anchor the interactions in recognizable geography (about 90 percent of the show is shot on existing Los Angeles locations rather than studio sets). And they accept the realities of race and class. The criminals or suspected criminals on "Southland" are black or Latino with a smattering of poor whites, and when gangs are depicted, they're all predominantly one race or ethnicity. Lydia, who was born and raised in South Central, is one of the few black women on a still disproportionately white, male police force. There's one recurring gay character, Cooper, and he's in the closet to his co-workers, has a pill problem, and is suffering from what a police psychiatrist (Ally Walker) termed "spiritual isolation." (Upon hearing the term during a staff meeting, Cooper -- who's otherwise a standard issue, emotionally constipated macho man -- stood up and left the room in disgust.)

Most of the "Southland" police don't live in the city limits, but in a suburban enclave that feels like the middle-class cop version of a gated community (or a tribal village).  The show makes a point of reminding us that different demographics get different kinds of police attention. A Season 1 episode juxtaposed a young black teenager's intimidation by a South Central Los Angeles street gang (a recurring subplot that did not end happily) against the investigation of violent home invasions in tony Bel Air. The South Central witness, a teenage black girl named Janilla (Carla Jefferey),  spent the better part of a season being considered for witness protection only to be turned down due to lack of funds, but when a Bel Air home got invaded, cops descended on it as if it were the scene of a political assassination. (The show's bleakly comic tone and attention to social detail reminds me of early novels by cop-turned-novelist Joseph Wambaugh -- particularly "The Blue Knight," "The New Centurions" and "The Glitter Dome." Wambaugh also created "Police Story," a grubby, influential drama that "Southland" occasionally resembles.)

The characters' attitudes don't break along easily definable liberal/conservative or bigoted/non-bigoted lines. The marriage of detective Sammy Bryant (Shawn Hatosy) and his wife, Tammi (Emily Bergl), an arty photographer, disintegrated partly because Tammi hated their suburban neighborhood and thought it was stifling her creativity. (When Tammi admitted this to her husband on the phone -- in touchingly direct language -- he snorted contemptuously, and she hung up on him.) And like other "Southland" cops, Sammy has been known to spout received wisdom about minorities (especially Mexican-Americans). Yet when the time came to find Janilla a temporary place to live, Sammy instantly took her in and treated her as if she were his own daughter (his supposedly liberal wife rebelled at the arrangement).  Lydia is an emblem of black female empowerment, but she's no plaster saint. While investigating the murder of a talented black female college athlete who had become a crack addict, Lydia spoke derisively of the dead student, practically blaming the victim. And she is so offended by society's disproportionate interest in white crime victims that when she's dealing with one, she can be brusque, sometimes callous.

The third season has devolved into a crazy quilt of high-intensity subplots, to the point where it feels like the cop show version of  grungy, melodramatic indie movie with a dozen major characters, all of whom are going through a life-altering crisis at exactly the same time. Cooper's worsening pill problem and obsession with catching a child molester; the killing of Shawn's partner, Nate Moretta (Kevin Alejandro, who left to take a role on "True Blood"), by a Mexican-American gang; Sammy's courting of Nate's widow, and his aborted attempt to seek revenge for Nate's death (last week he kidnapped the perp, made him dig his own grave and threatened to murder him, then relented): these incidents and others make it seem as though "Southland" is permanently stuck in Sweeps mode.

Yet the series still manages to feel heightened rather than over-the-top, and it remains more a drama than a melodrama. The acting, direction and in-the-moment details push against excess even as the plotting embraces it. Except for the appropriately showy C. Thomas Howell -- who plays the self-help obsessed officer Bill "Dewey" Dudek, a reformed drunk who retains a drunk's irritating, life-of-the-party personality -- the major characters prefer not to talk about their feelings. The actors keep the performances terse, direct and emotionally oblique, hinting at complex inner lives without explaining too much. And each episode is filled with little touches so odd that you suspect they were lifted from a real cop's life. Officer Daniel "Sal" Salinger (Michael McGrady) poses online as a teenage girl from Orange County so he can track his rebellious daughter's social life via Facebook. A man flags down officers Cooper and Sherman, tells them his car has broken down and he needs a ride to an important appointment, and starts to hop in their squad car as if it were a taxi. Lydia arrests a flasher and turns him in; after the man gets out of jail, he shows up on Lydia's doorstep unexpectedly, thanks her for forcing him to seek help for his problem and lets her know he's feeling better and would like to take her out on a date. You can tell he's sincere because this time, he's wearing pants.